Everything New Coming To Disney+ Canada In December 2019

So many new things to watch this month! 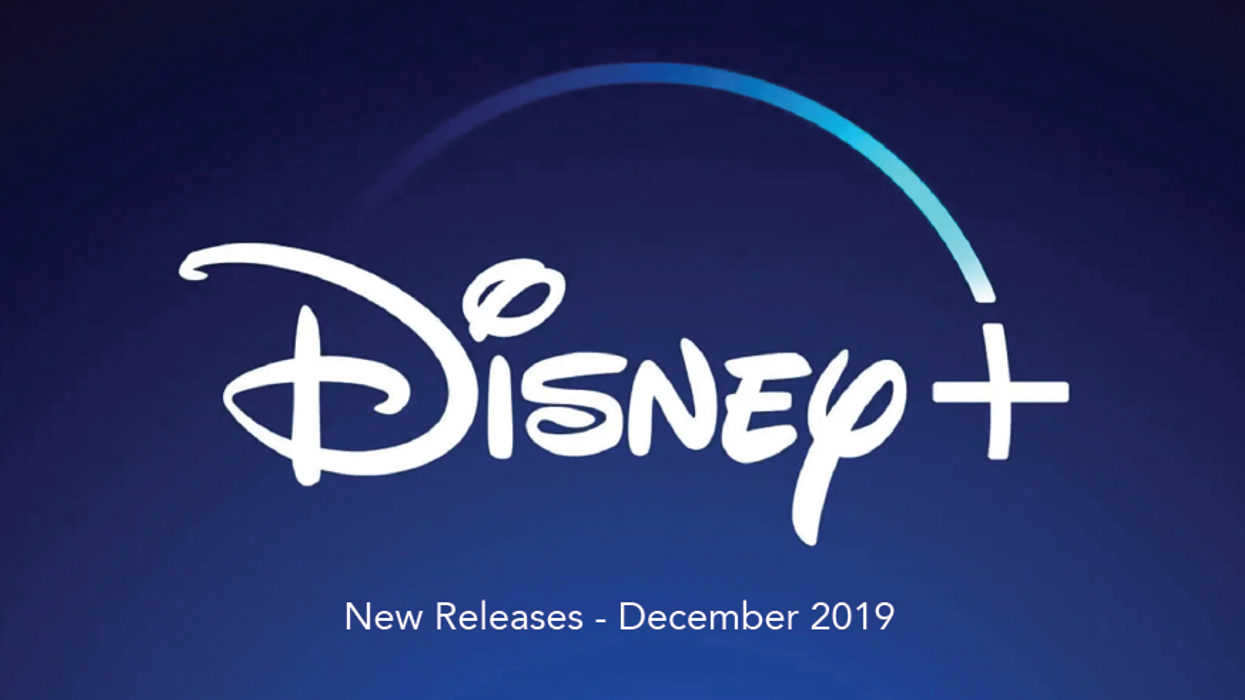 It's crazy to think that Disney+ has already been up and running for almost a month now. Those who have subscribed to the streaming service have been spending plenty of their free time binge-watching old classics from their childhood and loving every minute of the nostalgia. If you feel like you're beginning to run out of content, worry not. Disney+ Canada's December 2019 shows and movies will definitely keep you entertained.

By now you're probably familiar with the fact that Disney+ releases new episodes of its original shows every week, so the month of December will see more from favourites like The Mandalorian and High School Musical: The Musical - The Series just to name a few.

As if that's not already enough, the streaming service is also bringing some fun new original content such as One Day at Disney and a few fun and amazingly animated Pixar shorts.

Of course, on top of all of that, some classic Disney, Marvel, and Star Wars films are being added to the roster too, giving you plenty to binge-watch throughout the upcoming holiday season while you try to avoid the cold.

Here are the five best new releases on Disney+ for December 2019:

George of the Jungle 2

The catchy George of the Jungle theme song will definitely be stuck in your head after you watch this one. The sequel follows George and George Jr. as they work together to protect the jungle from the sinister Lyle.

Alice Through the Looking Glass

Alice Through the Looking Glass is one of Disney's more recent live-action films and with the creepy but wonderful direction of Tim Burton, it's a story that you won't soon forget.

The movie follows all of your favourite characters as they count on Alice to win the fight against Time and save Wonderland.

Many people grew up reading about Garfield in comic books, so news that he was coming to the big screen in 2004 was major. The movie follows the lovable and hilarious cat on his many misadventures with his pals Otis and John.

One Day at Disney

Whether you've been lucky enough to take a visit to one of Disney's wonderful theme parks or not, you probably don't know a lot about the thousands of employees who work so hard to really make it the most magical place on Earth.

The One Day at Disney docu-series gives you a chance to really get to know those people, and see how amazing their jobs are.

Star Wars fans rejoice! The Last Jedi will be making its way to Disney+ in the month of December so that lovers of the franchise can binge-watch all the movies in order.

Here are all the new TV shows and movies coming to Disney+ this December 2019:

One Day at Disney

One Day at Disney Episode 1

The World According to Jeff Goldblum Episode 6

Alice Through the Looking Glass

One Day at Disney Episode 2

The World According to Jeff Goldblum Episode 7

George of the Jungle 2

One Day at Disney Episode 3

The World According to Jeff Goldblum Episode 8

Pick of the Litter Episode 1

The World According to Jeff Goldblum Episode 9

Pick of the Litter Episode 2