Disney+ Has So Many Christmas Movies & These Are The Best Ones

Relive Christmas as a kid! 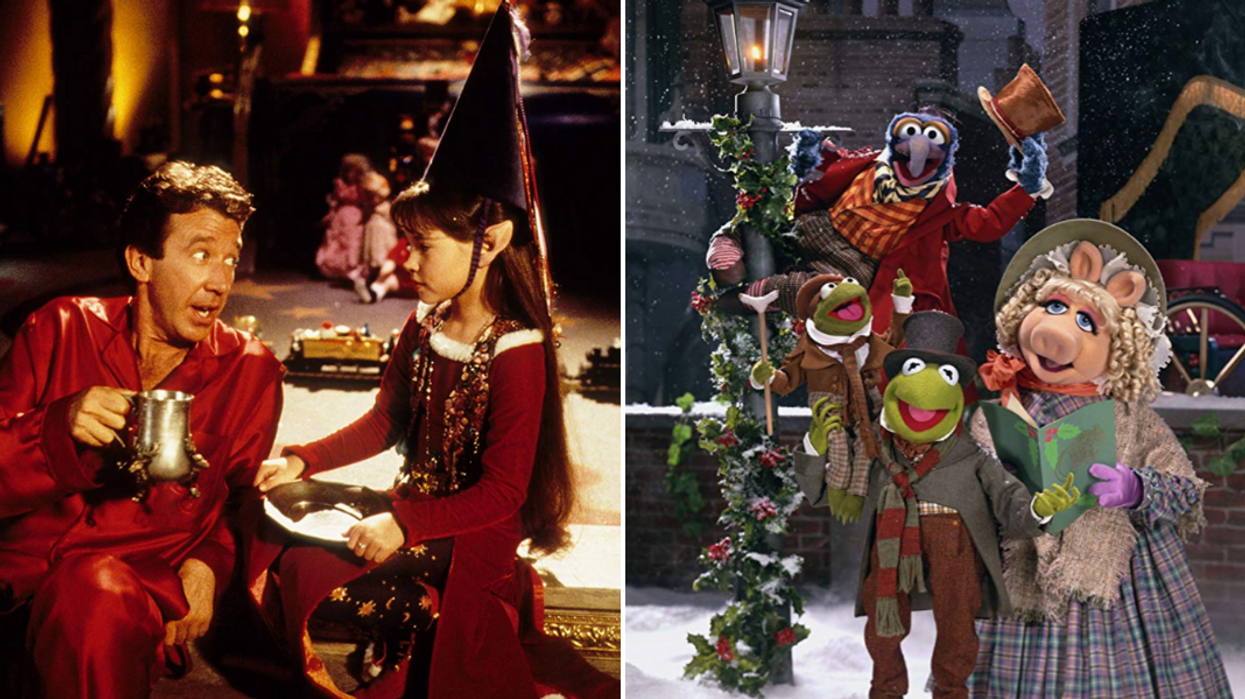 We've all spent the entire day begging for our 9 to 5 workday to come to an end so we could get home and relive our childhood Disney dreams. While the nostalgic Disney channel shows are probably what's tempting most of us right now, wait until you hear about all the Christmas movies Disney+ has to offer. These Disney+ Christmas movies are the best Christmas movies you'll find on any platform.

After the earlier troubles Canadians were having loading the streaming platform's content, you'll be happy to know it's back up and running.

Thanks to Disney's deal with 20th Century Fox, Disney+ offers everything from classic cartoon Christmas specials, to classics that have resonated with literally every living generation. There's so much diversity to match whatever you want out of your holiday binge!

If you're still deciding whether or not to subscribe to Disney+ check out everything there is to know about Disney+ Canada.

Check out 10 of the best Disney+ Christmas movies.

Miracle on 34th Street is probably the most classic Christmas movie to date. Although its release was all the way back in 1947 it's still watched every year by everyone. Now, it's even more easily accessible.

This movie follows a man who goes by the name of Kris Kringle. He fills in for the famous Santa Claus for the Macey's Day Parade and attempts to convince everyone that he is actually Santa Claus.

One Magic Christmas is a Canadian gem that not many people know about. It was filmed in Toronto and stars iconic actress Mary Steenburgen.

The movie follows a family who is struggling financially during the Christmas season. Because of their struggles, their mother lacks Christmas spirit and downplays the holidays. Her daughter Abbie enlists an angel to show her mom just how much she should appreciate what she has.

Everyone watched The Muppets Christmas Carol as a kid. It's less spooky than the original and downright hilarious. It's perfect for a family movie night. The Muppets in this film put on the classic tale of the Christmas grouch Scrooge and his love for money.

The Nightmare Before Christmas

No one ever thought Tim Burton would be one to create a hit Christmas movie, but he did and it's iconic. The best part about The Nightmare Before Christmas is that it works for a Halloween and Christmas movie.

When Jack Skellington, king of Halloweentown, stumbles upon Christmastown his thirst for power has him brewing up a secret heist. He plans on Kidnapping Santa Clause and ruling over the town citizens.

The Christmas Star follows a young girl Noelle who is known for performing miracles. A developer comes into town one day threatening to destroy the village she lives in. She bands together with her neighbours to try and stop his plan from working.

You can't go wrong with a Tim Allen Christmas Movie. The Santa Clause follows a money thirsty businessman with a young son who watches Santa Claus fall off his roof and disintegrates on Christmas Eve.

Following instructions, he puts on the Santa Claus suit not knowing that doing so makes him the new Kris Kringle.

Mickey's Once Upon a Christmas

Mickey hosts a night to remember with all his Disney friends as they share different Holiday stories. This may be the most iconic Disney Christmas movie for kids.

Beauty And The Beast: The Enchanted Christmas

Belle and the Beast plan to celebrate their first Christmas season together but the Beasts resistance to Christmas spirit isn't all Belle has to worry about. The Beats Pipe Organ begins to despise belle and conspires to get her permanently out of the castle.

I'll Be Home For Christmas

College student Jake returns home to New York at Christmas time with the promise of a family heirloom in the form of a Porsche. He hitches a ride with his school's football team, but it left on the side of the road in a Santa suit as a prank. He's left stranded with absolutely nothing in the middle of the desert.

The Sound of Music

The Sound of Music is a classic that can be watched at any time of the year, but there's just something that makes it special at Christmas time.

It follows Maria (Julie Andrews) who becomes a governess to seven children. With their father being away serving and their mother having passed, Maria brings joy into their life again through music and singing.