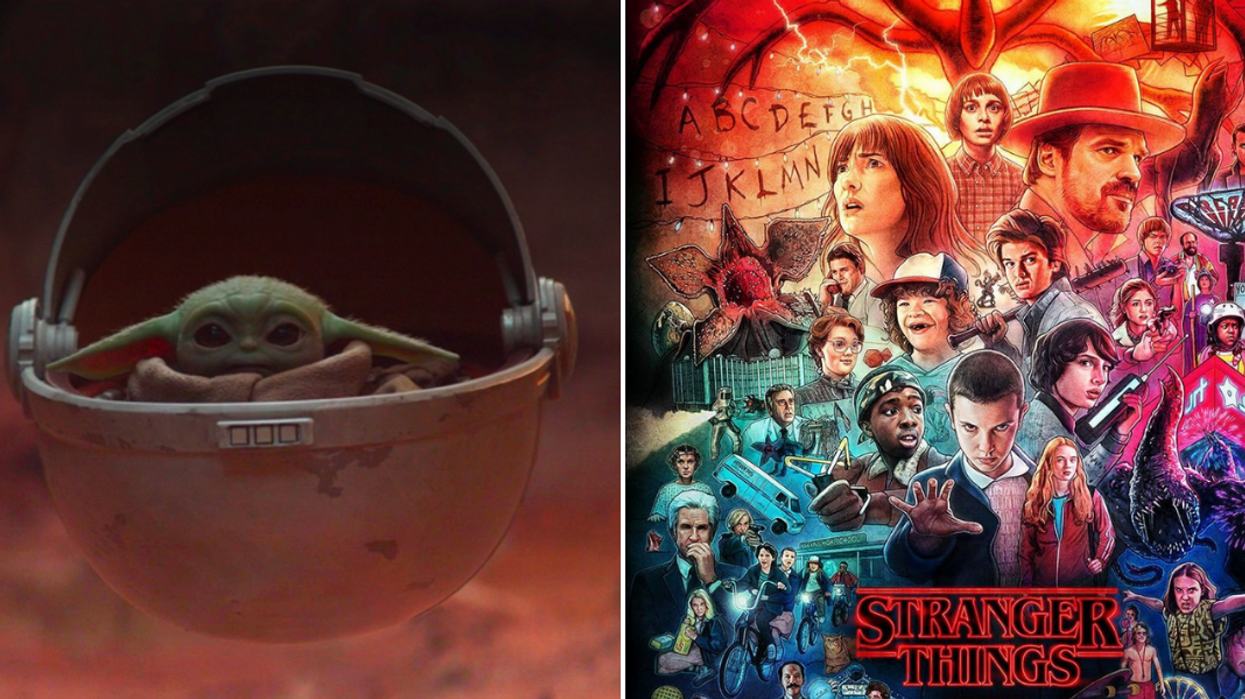 Since it's release back in 2016, when the streaming service industry really began to take off, Stranger Things has dominated the numbers. They quickly became not just Netflix's, but the world's most-streamed series ever. Now with the roll-out of Disney+, things are changing in the streaming platform industry and it's not in favour of Netflix. The live-action Star Wars series on Disney+, The Mandalorian, was streamed by 100 million people within its first week of premiering, sending any previous records held by Netflix, down the drain.

While Netflix has seen a decrease in numbers even before Disney+ was launched, their original content shows like Stranger Things, swooped in and saved their quarterly reports. But their originals might not be enough anymore.

Before The Mandalorian, Stranger Things season 3 managed to hold their top spot for over five months, but they've been dethroned.

To decide what show is deserving of the top spot it doesn't only depend on streams. It's analyzed through demand expressions.

Demand expression is basically a number calculated by desire, engagement, and views.

This is where the thousands of gifs of baby Yoda scattered across the internet comes in.

Not only is the Star Wars series the biggest streaming show, but it's also topped the numbers of huge network shows like SNL, and Rick and Morty.

Disney+ has lists and lists of both new and old shows streaming on their platform right now but none have been able to come close to The Mandalorian or even Stranger Things numbers.

With five more episodes still left to be released of The Mandalorian, and a season 4 for Stranger Things in the works, who will ultimately take the top spot?

Sidhu says she wants to normalize conversations around the first trimester and miscarriages.

Gurkiran Kaur Sidhu announced her pregnancy on August 12 with her husband NDP leader Jagmeet Singh, and she told Narcity about her pregnancy so far and what she thinks about having more children in the future.

Sidhu, a 31-year-old entrepreneur and fashion designer, delved into the challenges of her first trimester of pregnancy, from nausea to keeping it a secret and normalizing conversations around miscarriage.

Obama said Trudeau "has been an effective leader and strong voice for democratic values."

It seems like this friendship is alive and well because Justin Trudeau was praised by Barack Obama and the PM sent a sweet message right back.

The former president tweeted to his "friend" on September 16 and said that he's wishing Trudeau "the best" in the upcoming Canadian federal election.

Ouch, that's got to hurt! With election day just around the corner, Canada's major party leaders are not holding back on their criticism of one another.