She told kids to bow before her. 🤣 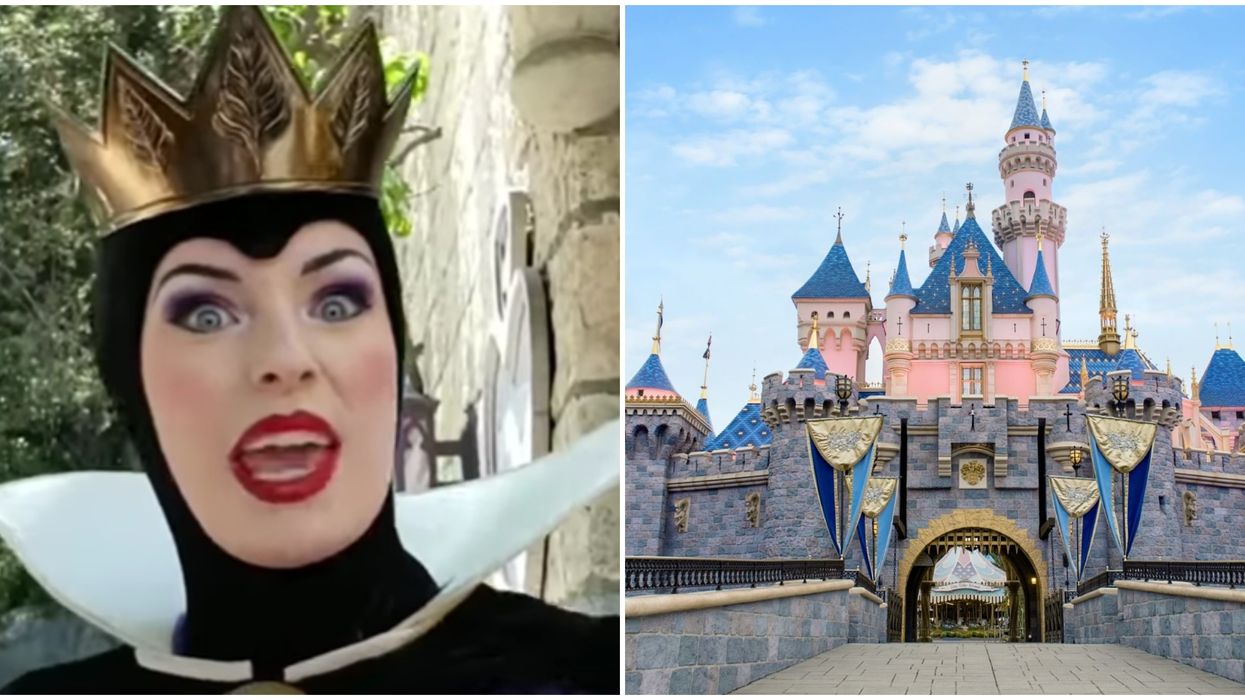 Disneyland is temporarily closed, but that doesn't mean we can't experience its magic at home. Someone followed one of the best villains around the park and let's just say the video is filled with her hilarious sass. Disneyland's Evil Queen is so iconic, you just might believe you're Snow White IRL.

* Warning: You'll probably fall in love with the character we were all taught to hate.*

In new videos uploaded April 5, clips show the queen as she saunters through the park, insulting everyone in her path.

All park guests are merely peasants in her eyes!

At one point, she even tells children to bow down before her.

There's also plenty of dramatic cape flourishes, stand-offs with other park characters, and self compliments to go around.

In one clip, she literally tells parkgoers to scamper away "like fleas."

As eager fans follow her throughout the park, she whips around sneering "You can't get enough of me! I couldn't either. I come all the time just to admire myself."

Is it just us, or do you want to go to Disneyland just to have her roast you?

We can't get over how spot on this actress is.

This Queen Grimhilde rose to fame last summer when fans began sharing clips of her across social media.

One Twitter comment said, "Can Disney please give this evil Queen her own YouTube channel or something, because I would watch every single second of it," which got over 238,000 likes.

Even the "Lion King" star Billy Eichner has sung her praises. "Ok no joke my friends and I met this exact evil queen in @Disneyland last week and she was FANTASTIC. I wish I knew the actress’s name!!!"

We're so glad new videos of her are surfacing online. TBH, we stan this super sassy evil queen.