The bridge closed on Sunday. 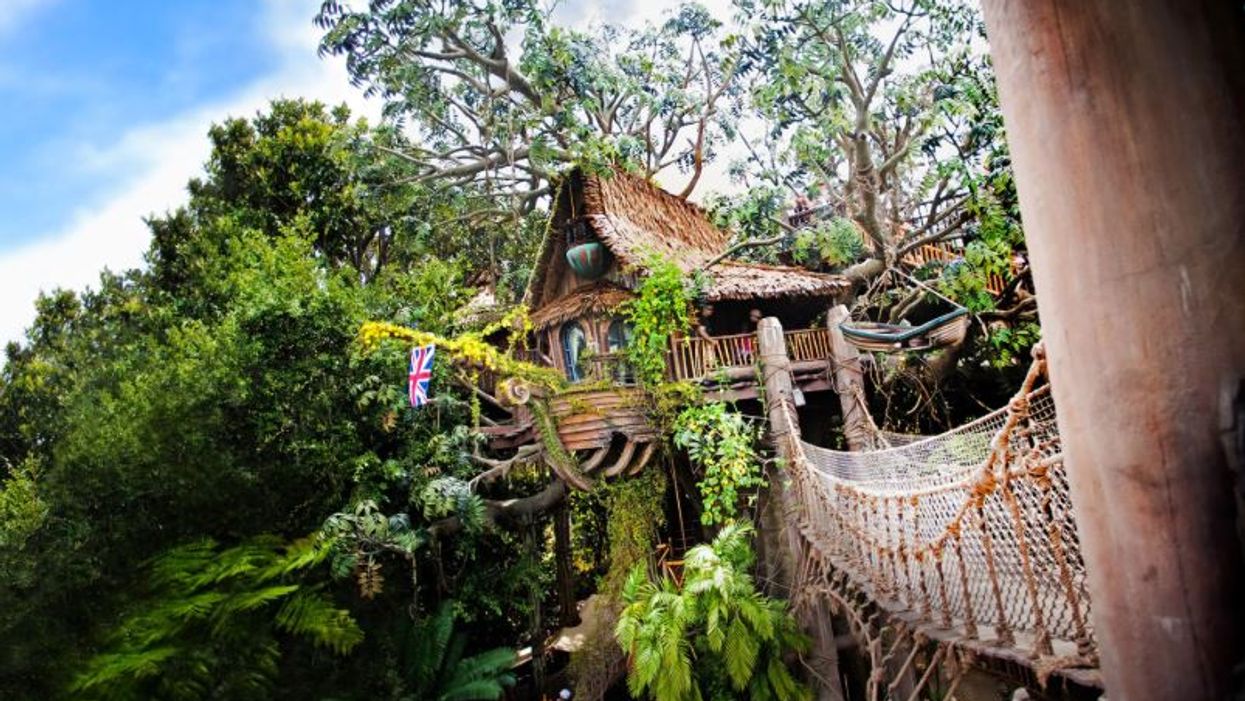 On Sunday afternoon, Disneyland California closed one of its beloved attractions. Disneyland’s Tarzan Treehouse closed after a wooden slat in the three-story-high bridge cracked.

According to The Orange County Register, a dad reportedly broke the bridge after jumping on it to show his kid it wouldn’t break. Disneyland officials said that no one was injured at the Treehouse and that the ride would be closed for the evening.

Guests in the area reported hearing the snapping of the boards. Park workers responded immediately to address the situation.

Disneyland has not released a statement about whether or not the attraction is open again for visitors yet. Narcity will be following the story for more information.

One of the boards was broken all the way through and a net was placed to cover the board. The attraction is currently closed until further notice from the park is given.

After the incident, the attraction was immediately evacuated for the safety of guests. Photos posted on social media show the broken slat on the wooden bridge.

Tarzan’s eighty-foot-tall treehouse first opened in 1999 as a walk-through attraction with parts salvaged from an old shipwreck. It is modeled after the Anaheim park’s Swiss Family Treehouse.

For those who plan on visiting the park soon, there are many holiday events to see. Holidays at the Disneyland Resort offers many themed attractions now through January 6, 2020.

Guests can see Sleeping Beauty’s castle transform into an icy winter wonderland. The entire castle is covered in snow, icicle lights, and turns into a beautiful night display after dark.

Besides the costumed characters, guests can see the beautiful World of Color: Season of Light show. It’s a wonderful nighttime spectacular that brings everyone’s favorite childhood stories to life.

There are also holiday-themed rides and plenty of festive treats to indulge in.

Finally, a brand new Star Wars ride is set to come to Disneyland next January. For those interested in visiting the parks during the holiday season, check out the 7 coolest things to do at Disneyland this winter.