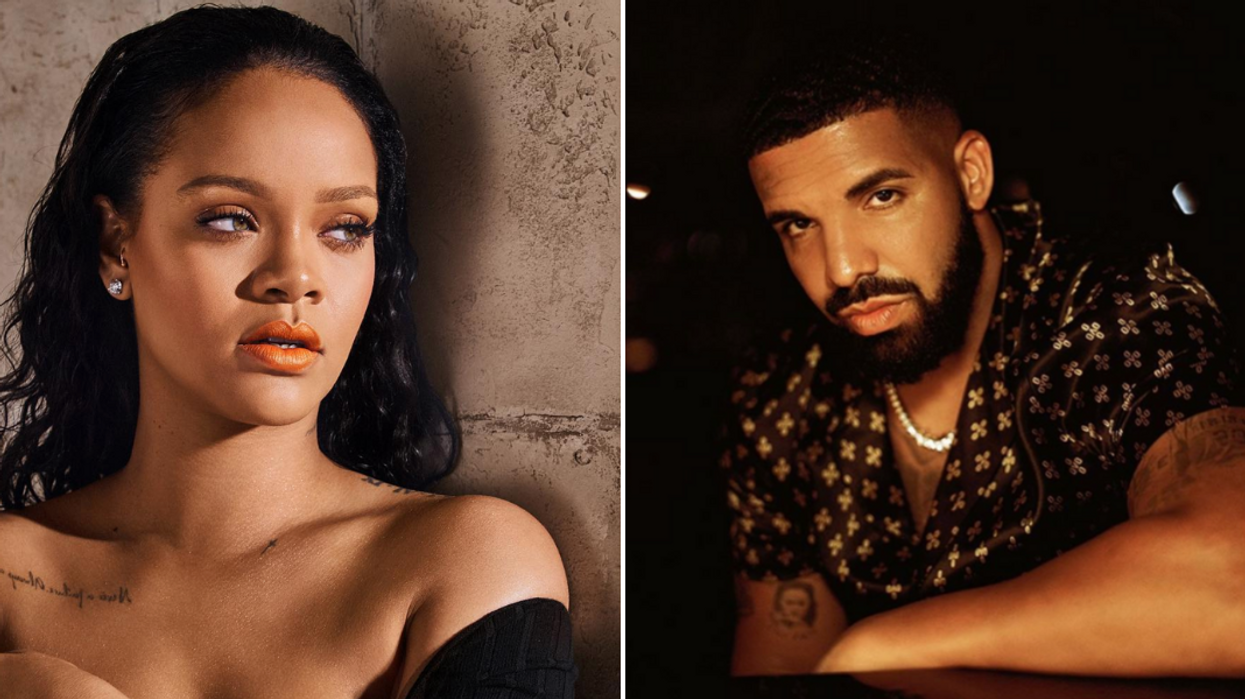 There were new photos released of a Drake photoshoot that have left people confused. We all know Drake is an interesting human being and the tattoo fans spotted on his arm just made him even more interesting. Drake has a picture of Rihanna tattooed on his arm.

He originally posted the photos on his Instagram yesterday, but fans have taken the photos to Twitter to analyze whether or not it really is his ex-girlfriend.

Some fans completely agree that it is a photo of Rihanna:

Others think it's a tattoo of the actress Robin Givens:

You're probably wondering why Drake would get a picture of Robin Givens tattooed on his arm, but why does Drake do anything? He has a tattoo of Raptors player Kawhi Leonard, so it's not that out of the ordinary for him.

People are also saying that Drake does have a Rihanna tattoo it's just not this one. Apparently, the two have matching shark tattoos on the same arm as his supposed Rihanna portrait:

The fact that y’all still forget that Drake and Rihanna actually have matching tattoos and neither one has covered it up theirs
— bri (@bri)1561001525.0

Drake has never really explained his tattoos before and we'll never really know if it's Rihanna unless he does. What we do know, in every context, is that Drake likes his chips with dip.