A little bit of good news. 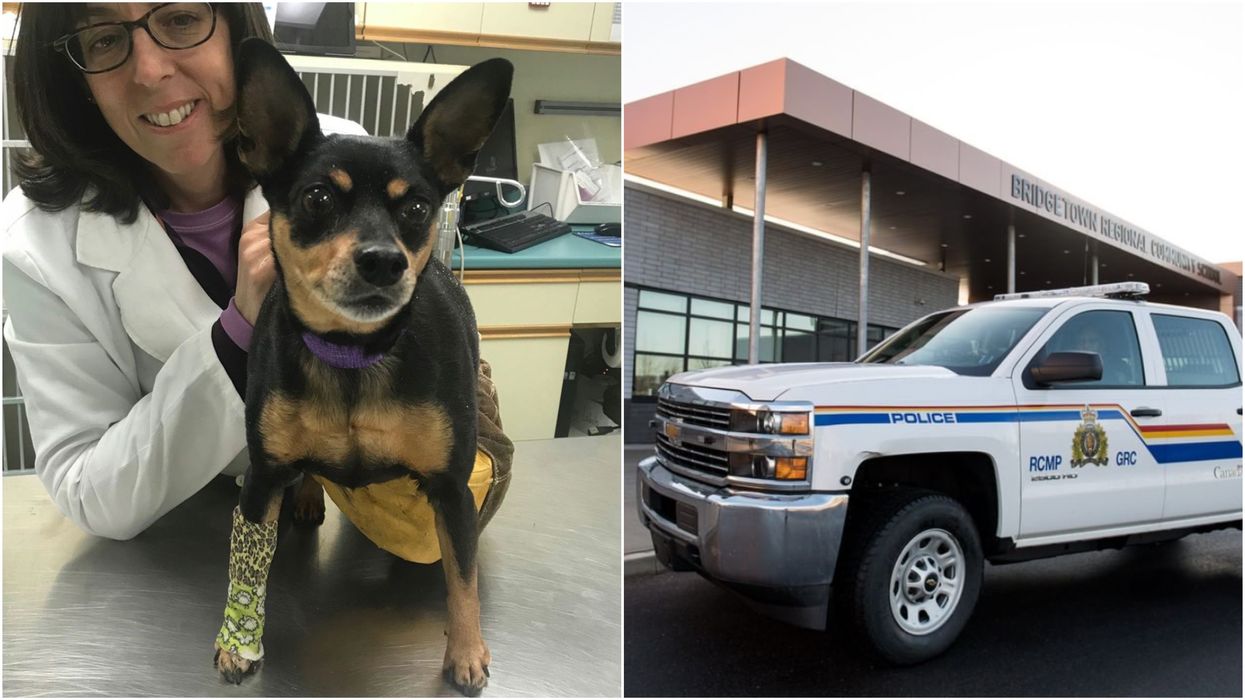 After the horror that unfolded in Nova Scotia over the weekend, there’s finally a little bit of good news. A veterinarian has confirmed that the dog shot in the Nova Scotia rampage has survived the ordeal. Even better, the nine-year-old canine is expected to make a full recovery.

On Monday evening, the Central Nova Animal Hospital had a little bit of positive news for the community devastated by Sunday’s mass shooting.

Zoey, a nine-year-old miniature pinscher, has survived being shot, and she’s going to make a full recovery.

According to the vet, RCMP officers dropped the dog off on Sunday. She had a gunshot wound to her hindquarters that was “extremely large for a little dog.”

Zoey underwent life-saving surgery on the same day, and she is expected to be just fine.

In a post on their Facebook page, the vet said they had been “overwhelmed” by the number of people offering to pay for Zoey’s bills.

However, the company confirmed that they would be covering all of her fees, and suggested that donations should be directed towards the victims of the tragedy.

Sadly, however, Global News reports that some of Zoey’s owners were killed during the shooting. They were residents of Portapique, the small town in which the shooting spree began.

That said, the animal hospital reassured their followers that Zoey was not currently looking for a home.

“Once recovered Zoey will have the important job of looking after some very special family members. She is not in need of a home, but everyone is so kind to offer,” the vet explained.

In a statement on the weekend, Prime Minister Justin Trudeau spoke out about the "senseless violence" that occurred in Nova Scotia.

He called for unity across Canada during this time and urged residents of the province to support one another through what is to come.

“The people of Nova Scotia are strong and resilient, and we will be here to support them as they heal from this tragedy,” Trudeau concluded.

There are no words for the pain felt by the families and loved ones of the victims. But I want them to know that al… https://t.co/WuMKbWr4HL
— Justin Trudeau (@Justin Trudeau)1587436987.0

As for Zoey, we're sure there's going to be plenty of snuggles, cuddles and treats waiting for her when she finally returns home!