Domino's, Subway And KFC Canada Are Being Called Out For "Deeply Concerning" Treatment Of Chickens

Burger King, Starbucks, Domino's and other Canadian chains just received a failing grade when it comes to chicken welfare. 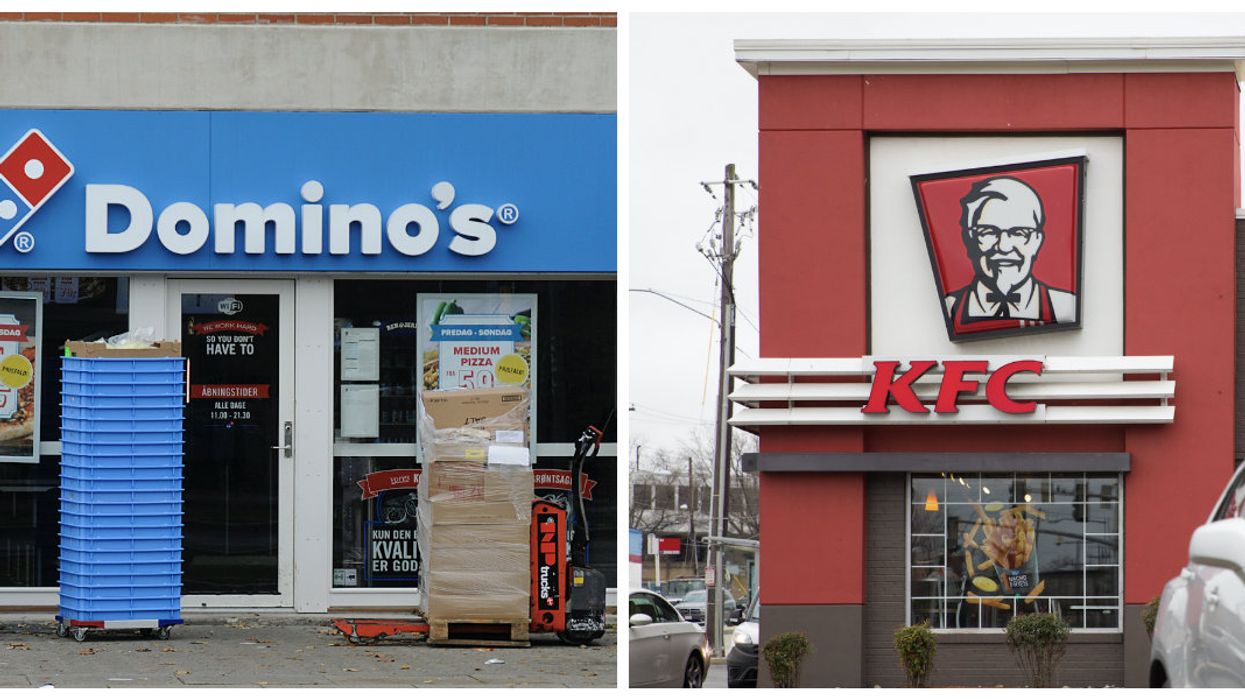 Among those receiving an absolute failing grade were Domino's while McDonald's, KFC, Pizza Hut, and Nando's were all considered to have a very poor commitment to the welfare of their chickens. The other companies tested were Burger King, Subway, and Starbucks. They each received a poor grade as well.

World Animal Protection says they chose those companies based on their global scale, volume, and popularity. The results were all revealed in a recent study called the Pecking Order. Based on their findings, Starbucks is the best company when it comes to treatment of their chickens while Domino's is the worst.

None the less, even as the best company, Starbucks received a grade of poor. Those grades were based on three main factors: policies, targets, and reporting. They received points for each of these categories, for a maximum total of 90 points. Out of all the categories, all nine companies received a total of fewer than 42 points, which is less than half.

The points were given based on whether these companies had good global policies in place regarding chicken welfare, had targets or objectives that they were working to meet and their timelines, and how good they were about reporting on this.

Burger King, Starbucks, and Subway all had the same scores across all three categories, with a 60% in policies and targets, and a 0% score in reporting. Dominos, the worst chain in the report received 0% in each category.

The report also calls for all companies to adopt better welfare policies and practices. These include using healthier breeds of chickens, ensuring that they have the freedom to move, and giving the chickens a meaningful environment with natural light and areas to perch.

The one thing the group doesn't call for is for people to stop eating chickens or even to not slaughter them. Instead, the report calls for welfare during the chickens' lives and humane death. This would mean stunning the chickens prior to their slaughter so they don't suffer. Based on numbers from 2016, the World Animal Protection reported that in Canada 682 million chickens were slaughtered in that year.