"What they’ve done to him is disgraceful." 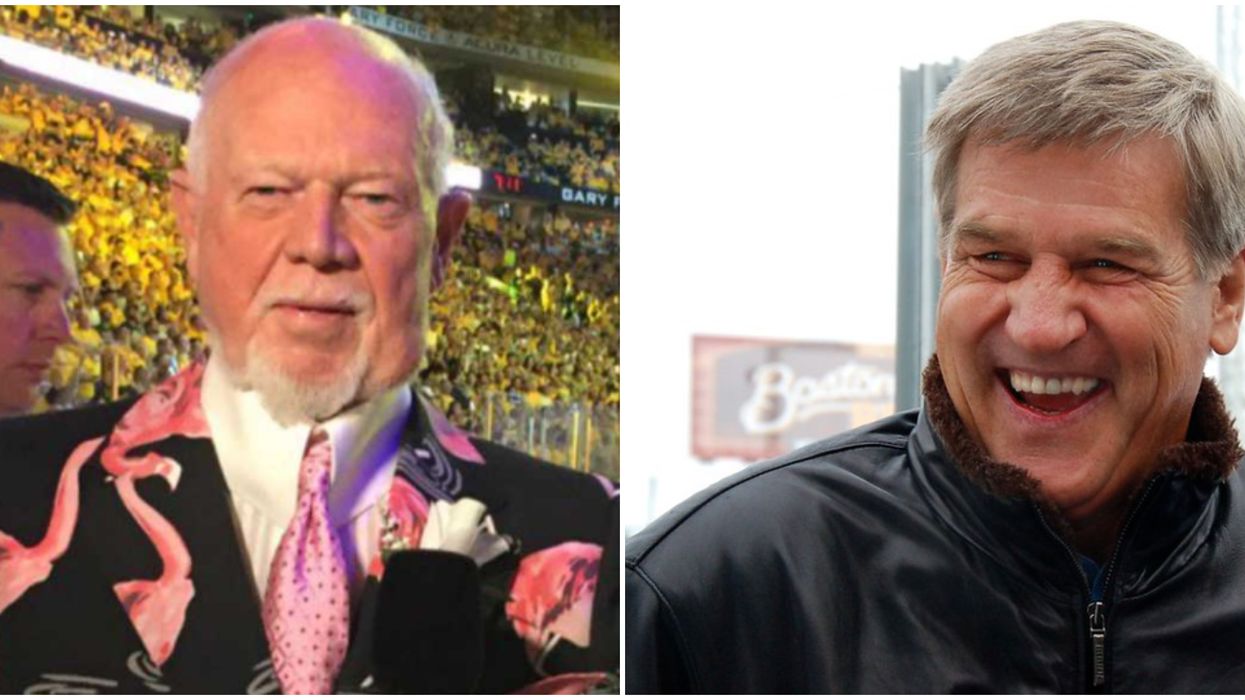 One incident in Toronto in early November has grabbed the headlines more than any other. The Don Cherry firing has seen people both celebrating and bemoaning his dismissal, and now one legendary NHL star has weighed in. Bobby Orr says it's "disgraceful" the way Cherry has been treated.

Orr told Boston radio station WEEI on Thursday that he strongly disagreed with the decision to fire Cherry. In fact, he thinks it's "disgraceful."

"I know Grapes better than anybody," Orr said, per CTV. "He's not a bigot and he's not a racist. This guy is the most generous, caring guy that I know.

"What they've done to him up there is disgraceful, it really is. It's a new world, I guess. Freedom of speech doesn't matter."

Orr's comments are steeped in personal history. The former player, who some call the greatest defenceman of all time, was coached by Cherry during his time with the Boston Bruins in the 1970s.

Cherry, of course, was fired by Rogers Sportsnet on Monday after decades on the broadcasting team. He was dismissed as a result of comments made about Canadian immigrants and Remembrance Day.

His dismissal, while supported by plenty of viewers and observers, has also seen a great deal of protest.

That resistance from his fans has come in many forms.

First, it was a boycott of Sportsnet and Rogers by angry customers. Then, a petition to have him reinstated surfaced and rapidly gained significant support.

On Thursday, there was even a rally held outside Sportsnet HQ, although the turnout was less than impressive.

Hell, he's even already received a job offer from a Russian KHL team.

And it seems someone even vandalized Toronto's cenotaph out of anger that Cherry was dismissed.

Parry Sound-born Orr, who says he's chatted to Cherry every day since Monday's firing, added that Cherry is getting "nice calls" and "wonderful support" from friends in Boston.

Orr is undoubtedly a Canadian legend, but the general reaction to his opinion was one of disappointment.

How do I rewind to three days ago when I didn't know Bobby Orr was a Tucker Carlson fan or hear him defend Don Cherry
— Scott McLaughlin (@Scott McLaughlin)1573763460.0

Though a Gretzky era kid, I'm very familiar with Orr's legacy and of course the iconic image of him diving across t… https://t.co/MIqzYWxim2
— Conal Campbell (@Conal Campbell)1573843323.0

People haven't been afraid to voice their displeasure at Cherry's comments and the whole debacle, too, though.

Perhaps most notably, some Toronto Maple Leafs stars including captain John Tavares and coach Mike Babcock criticized Cherry on camera when asked for their thoughts.

Rogers and Sportsnet are yet to confirm how Hockey Night in Canada will proceed without Cherry.