Even the Canadian Forces seemed to clap back. 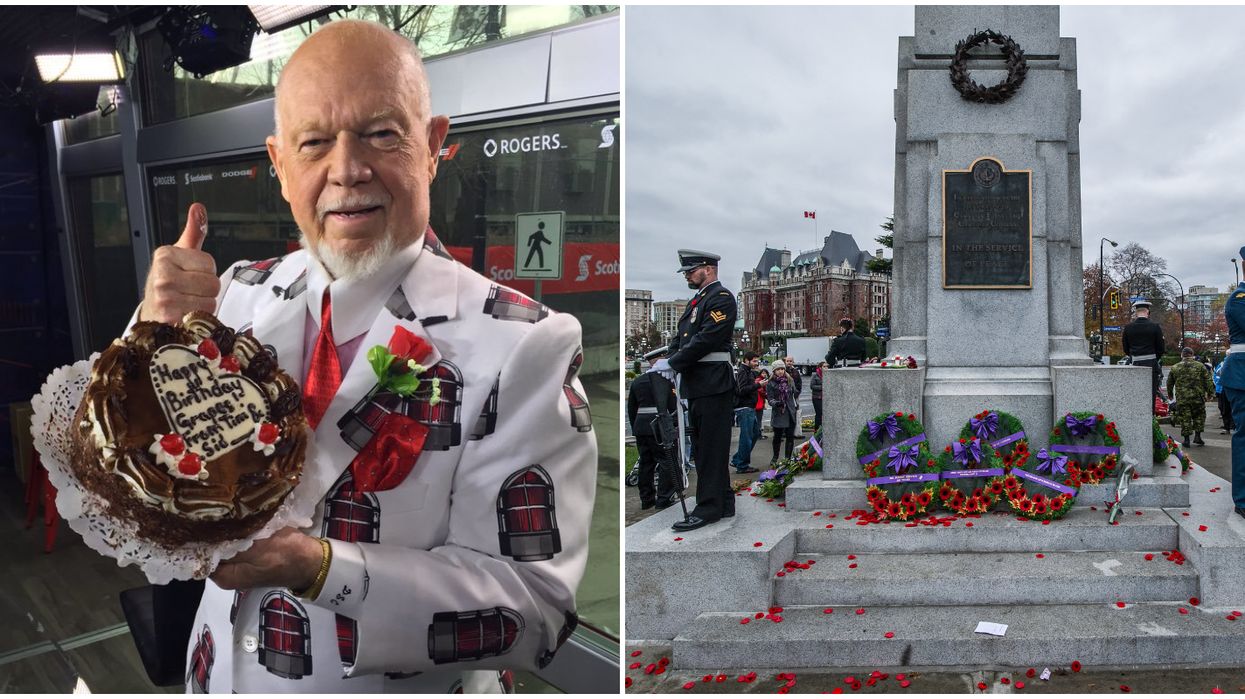 Remembrance Day is a time for somber reflection and remembering the sacrifices made by people who gave more than most. However, Don Cherry seems to have taken Remembrance Day as his cue for another one of his signature rants. Don Cherry's latest Hockey Night In Canada comments took aim squarely at people not wearing poppies, particularly if they are immigrants.

"You people love, that come here, whatever it is, you love our way of life, you love our milk and honey, at least you can pay a couple bucks for a poppy or something like that," Cherry said during the November 9 broadcast.

After the comments, Cherry ran his annual Remembrance Day video, which shows him walking among the tombstones in a cemetery in France and visiting one grave in particular, one belonging to Thomas William Mackenzie.

Don Cherry's longtime co-host, Ron MacLean, did not say anything in response to Cherry's comments, but instead flashed a quick thumbs-up before the video rolled.

Cherry has been known for making controversial comments in the past, but these specific remarks have already drawn heavy criticism on Twitter.

"Don Cherry calling immigrants “you people” and acting like they’re the soul reason poppy sales are down is the ultimate blame-the-immigrant trope I’ve ever seen. They’re taking our jobs and now they’re responsible for the plummet of poppy sales?! My word. Get this man off tv!" wrote @jespopo.

"@CBC @Sportsnet why do you give Don Cherry a weekly platform to spew his hate and outdated views? I make it a point to leave the room when Coaches Corner comes on. Time for a change, do what's right. Fire Don Cherry!" wrote @styler12.

@CBC @Sportsnet why do you give Don Cherry a weekly platform to spew his hate and outdated views? I make it a poin… https://t.co/HVumBRtaoX
— Sheila Stiles 🇨🇦 (@Sheila Stiles 🇨🇦)1573393378.0

He should have been canned years ago. Good riddance to rotten Grapes. https://t.co/jtwIZniF4W
— CreativeTweets (@CreativeTweets)1573392020.0

Twitter even took to criticizing Ron MacLean for his silence during Cherry's comments.

Looks like Ron MacLean is emulating most of our press. He nods. No pushback. No correction. No incredulity. I trust… https://t.co/jVzJSYOB0t
— Diane Marie (@Diane Marie)1573358754.0

Even the Canadian Forces took the opportunity to seemingly correct Don Cherry's rant by sharing photos of immigrant soldiers who fought for Canada in the past.

There were also some people who showed support for Don Cherry's comments and agreed with what he had to say.

"My grandparents, and my dad, came to Canada as immigrants. They came because Canadian soldiers were very kind to my grandfather during a war. I fully support what Don Cherry is saying here in this video. He is not being racist. He is getting attacked by left-wing liberals," said @DeniseInCanada.

"He said nothing racist! My parents are Trinidadian Immigrants. I was born in Toronto, #Canada I agree with him. The least ALL of us can do is buy a poppy!" wrote @Kassiedass.

My grandparents, and my dad, came to Canada as immigrants. They came because Canadian soldiers were very kind to my… https://t.co/pkG83LeLib
— Denise (@Denise)1573359352.0

All you people who cry and get butt hurt every time don cherry says something you dont like need to just stop watch… https://t.co/1vFVXRpF3V
— Ryan (@Ryan)1573349452.0

When Don Cherry is trending I know it's because a bunch of hyper-sensitive safe spacers are upset and overreacting.… https://t.co/IeKe8feOwr
— Travis Currie (@Travis Currie)1572753813.0

There have been instances of racism in the world of hockey already this year. A Pakistani youth hockey coach was told by a parent that he should coach something like cricket.

Meanwhile, in other hockey news, Toronto may be getting another NHL team, and apparently players really do not like going to Winnipeg.