The decision has caused some fiery debates online. 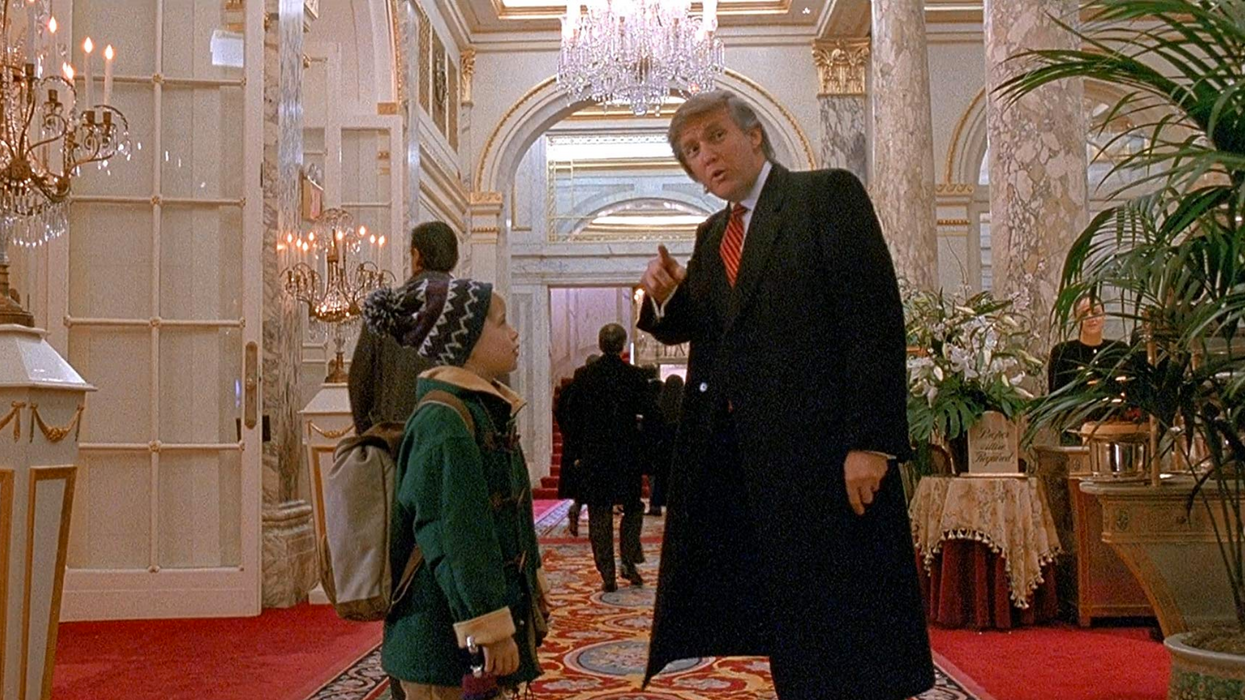 The people of Twitter are fired up after Canadian TV viewers noticed something, or someone, missing from CBC's broadcast of Home Alone 2: Lost in New York. Donald Trump’s Home Alone 2 cameo was reportedly cut from the network's movie showings. As this movie resurfaces every year around the holidays, it makes sense that viewers would pick up on this inconsistency.

If you’re having trouble remembering Trump’s appearance in Home Alone 2, it’s probably because it was only about seven seconds long.

In the brief cameo, little Kevin McCallister is at the Plaza Hotel in New York City. He crosses paths with Trump and asks him for directions. The movie came out in 1992, long before Trump had begun his career in politics.

Some of the people who noticed the removed scene have accused it of being politically motivated. However, on Thursday, December 26, the federal Crown corporation released a response to the accusations that cutting President Trump's brief cameo was in bad taste.

"As is often the case with feature films adapted for television, Home Alone 2 was edited for time,” said CBC spokesperson Chuck Thompson.

“The scene with Donald Trump was one of several that were cut from the movie as none of them were integral to the plot. These edits were done in 2014 when we first acquired the film and before Mr. Trump was elected president,” he continued.

Among the individuals posting about the deleted cameo this holiday season was Donald Trump Jr. who tweeted twice about his father's missing scene in the movie.

In one tweet he wrote, "Pathetic: Canada’s CBC under fire when Trump’s cameo in ‘Home Alone 2’ disappears from Christmas broadcast."

In the second tweet, he retweeted a post by Steven Cheung, which read "If anyone is looking for the Home Alone 2 cameo from @realDonaldTrump that was edited out by @CBC, here it is in all its glory."

According to the national public broadcaster, a total of eight minutes were cut from the feature film for TV screening, seven seconds of those minutes included Trump.

Though CBC says they cut the cameo back in 2014, internet users still have mixed opinions.

Though the adjustment may have been made in 2014, a year before Donald Trump announced his plans to run for president in 2015, it's still causing quite a stir.

The only thing we know for certain is that the Home Alone movies are holiday staples and we hope you all got to enjoy them this year, regardless of missing cameos.