The man has escaped from hospital and is believed to have boarded an international flight. 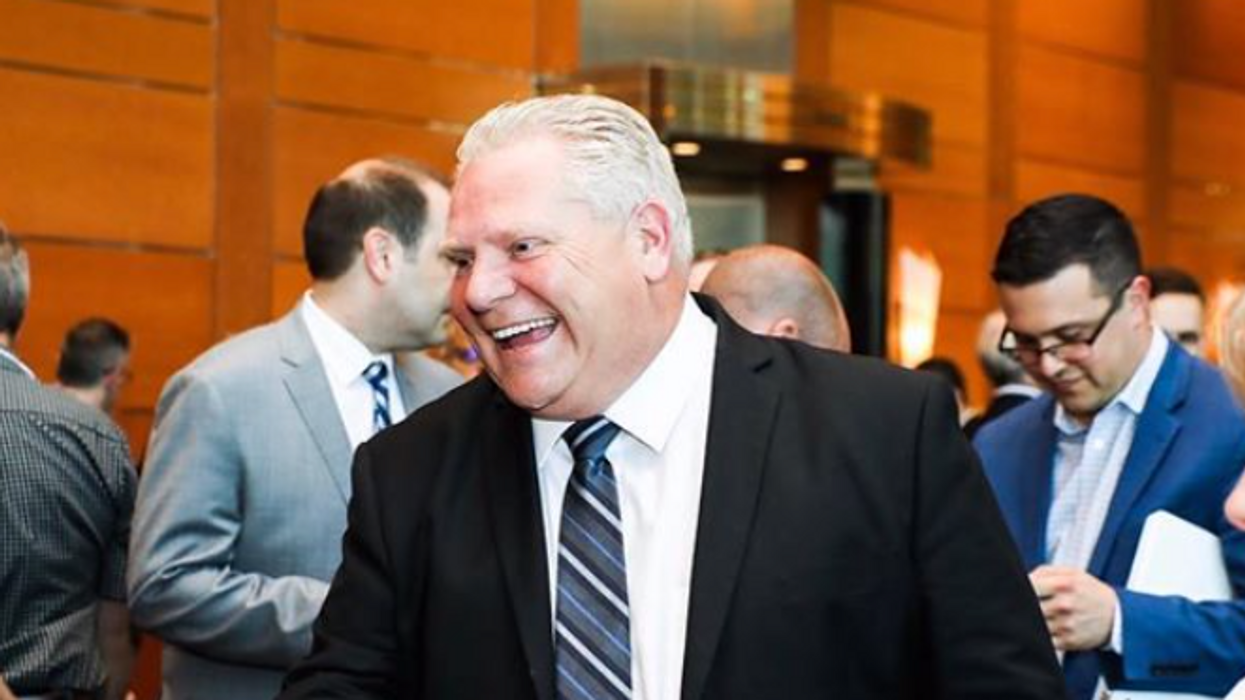 The Ontario Premier has made headlines once again. Most recently, Doug Ford's mental health comments have landed him in hot water. Ford spoke out after a man detained at a mental health hospital managed to escape his minders and leave the country. Zhebin Cong, who is believed to have severe mental illness, failed to return to the hospital earlier this month, and now authorities are seeking help from the public to find him. Ford, however, was not particularly delicate and called the man a “nutcase” and a “meat-cleaver murderer.”

Ford’s comments refer to Zhebin Cong's legal history. Cong was charged with second-degree murder in 2014, after stabbing a man to death in suburban Toronto. Two years later, Cong was found to be 'not criminally responsible' for the man’s death, due to Cong’s severe mental health problems and serious mental disorder.

The Centre for Addiction and Mental Health (CAMH) confirmed Zhebin Cong had been out on an unaccompanied trip on July 3, when he failed to come back to the hospital. His disappearance was reported to police, who, believing he posed a low risk to the public, did not issue an alert for two weeks asking for help in finding Cong. Police now believe he has boarded an international flight.

Speaking to Jerry Agar on Newstalk 1010 radio on Thursday, Ford said he was calling for answers from all of the authorities involved in letting Cong roam freely, including CAMH and the federal government.

Ford said he would be speaking directly with Toronto Police, as well as the hospital in which Cong was a patient, as he believed, “The cheese has slipped off the cracker with someone” and somebody must be held accountable.

Despite Cong having been found not criminally responsible for the attack, due to his serious mental illness, Ford said he felt “disgusted” that “crazy, crazy people that want to go around chopping people up” are free to roam the country," saying that institutions should “throw away the key.”

Ford pointed out that Cong, who he also called  a “nutcase” and “meat cleaver murderer,” despite being a low-risk individual, was “smart enough to book a trip to China.”

While on the radio, Ford was asked if the incident could be, in any way, related to his government’s funding cuts to CAMH and mental health facilities. Ford responded by saying that argument was simply nonsense “from the far left.”

That said, several people on Twitter took the opportunity to remind Ford that his cuts to health services may have serious consequences and many were unimpressed with Ford's choice of words.

One user wrote, “Ford comes out of hiding to speak on this? Really, after all your attacks on mental health services -- You're surprised they are starting to fail now? You killed their budget and fired their workers. Ask yourself.”

In an official response on the matter, Ford issued a statement saying that Cong's case is "disturbing and outrageous." He also said that they will get answers and "make sure people have confidence that the system is keeping them safe from violent criminals." He did not address his use of the word "nutcase" in the statement.