The 95-year-old has contracted the virus in Etobicoke. 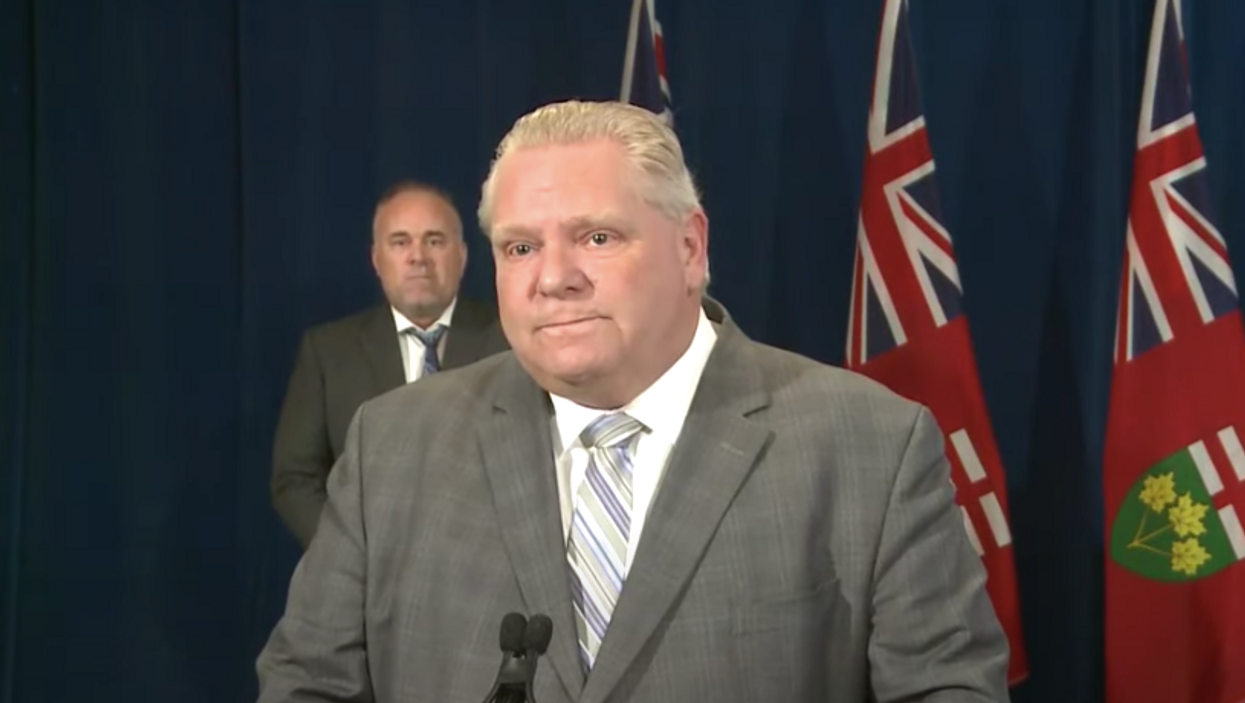 COVID-19 just got terribly personal for Doug Ford. As cases continue to rise in the province, one in particular hits home for the Premier. It was confirmed on Thursday, April 23 that Doug Ford's mother-in-law has tested positive for the virus. Narcity received direct confirmation from the Premier's office representative.

"I relate to it in our own family as I mentioned with my wife Karla..." he told gathered reporters as the topic of elderly and long-term care homes was raised.

"Our family is going through it, along with 70,000 other families that have a loved one in these homes and it’s very difficult. I recognize that the system is broken and we’re going to fix the system."

And, not long after that briefing, Ford's office confirmed in an email to Narcity that reports that his 95-year-old mother-in-law has contracted the virus in a long-term care home are correct.

At the moment, there is no further word of her current condition.

CityNews' Cynthia Mulligan reports that Karla Ford's mother is currently in an Etobicoke nursing home that has recently suffered the misfortune of five deaths due to the pandemic.

According to a CBC article published on April 14, Ford's mother-in-law is a resident of The West Park Long-Term Care Centre in Etobicoke.

At the time of that report last week, 10 of its residents and 14 staff members had tested positive.

However, CTV News reports on Thursday that the facility near Eglinton Avenue West and Scarlett Road has now reported that 35 residents and 29 staff members have tested positive to date.

The home has suffered a total of 12 deaths.

Last week, Ford had revealed how his wife has been forced to interact with her mother through a window at the home.

"Everyone has grandparents or friends or a family member somewhere in long-term care. It breaks my heart watching Karla standing outside the window in tears," he said at the time, per CTV.

As of April 23, Ontario has confirmed 634 positive cases in the province, reaching a new daily record. Deaths, unfortunately, have climbed up to a total of 713 after the recent update added 54 more to the numbers.