Dr. Phil Got A Question About Canada On Celebrity Millionaire & It Was Not Ok

He took longer than 15 minutes to answer. 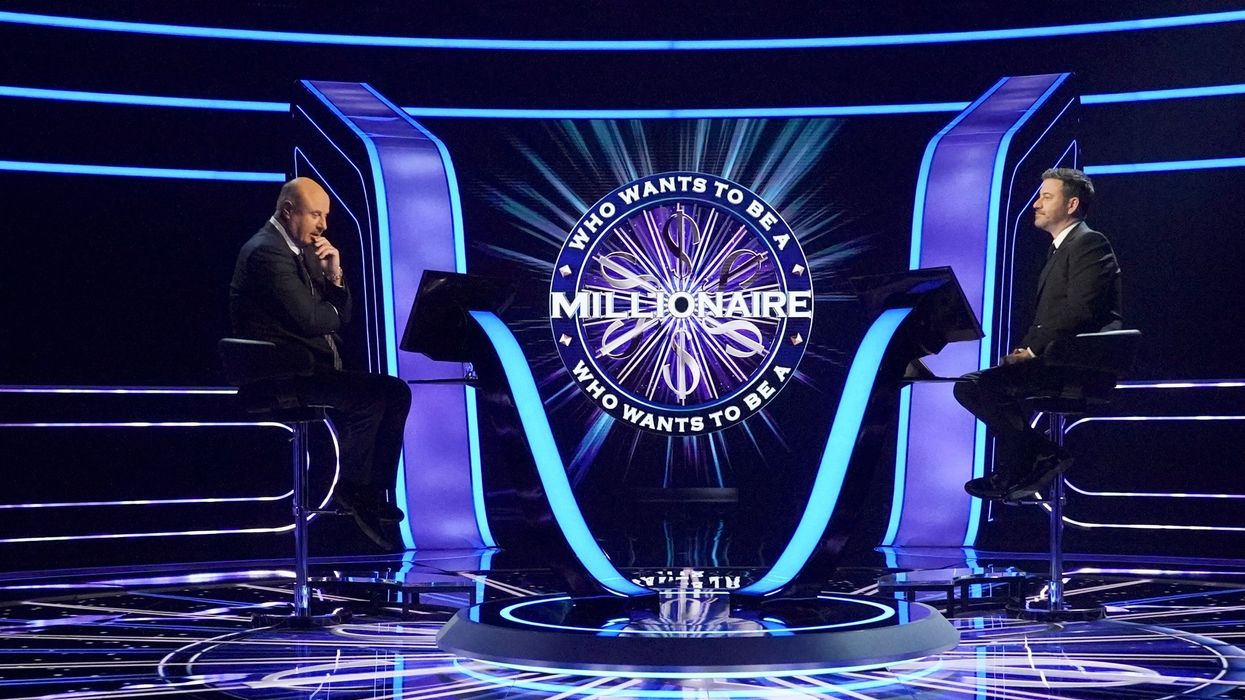 Geography can be a difficult subject. As it turns out, Canadian geography can be especially tough for Americans. That was made more apparent than ever by Dr. Phil's Who Wants to Be A Millionaire appearance.

The television personality found himself in the hot seat of the revived game show, where celebrities play to win money for charities of their choosing.

Dr. Phil experienced some trouble with questions about math and sign language, but it was one concerning the shape of the United States' northern neighbour that really seemed to give him pause.

The question was "Believe it or not, 27 US states lie at least partially north of Canada's southernmost point, which is in what province?"

The options given for potential answers were Ontario, Quebec, Nova Scotia and Saskatchewan.

There was quite a bit of struggle on this particular question, and Dr. Phil had to turn to the help of his expert advisor, Jeopardy winner Pam Mueller.

However, even the expert struggled with finding the right answer, and the television doctor had to think it over for at least 15 minutes (indicated by inserts marking the passage of time).

Some Canadians on Twitter took offense at how difficult it was for Dr. Phil to find the right answer.

You're going to love this - from tonight's charity version of "Who Wants To Be A Millionaire". We all know Canada is...

"Watching celebrity Millionaire and Dr.Phil spent 15 minutes on this ? This southern most point of Canada lies partially below 27 states is in what province? He almost said Quebec until the 50/50 took it away. He did get it right but really," wrote @troyflintoff.

The contestant and even his advisor had been leaning toward Quebec, although after he used his 50/50 option to eliminate two wrong answers, his first inclination was taken away.

He was left with Ontario or Nova Scotia, and although it took a lot of time, he eventually chose the right answer. Dr. Phil ended up winning $32,000 but since he took so long, they ran out of time and he'll have to come back next week to keep his run going.

As anyone who took Canadian geography in high school would know, the southernmost point of mainland Canada is Point Pelee, located in Ontario.

To crank up the Canadian factor on this episode, Dr. Phil was on after Catherine O'Hara, who busted out her Moira Rose voice and won $250,000 for her charity.