A pair of girls got a very unexpected special guest on their Instagram live last night! 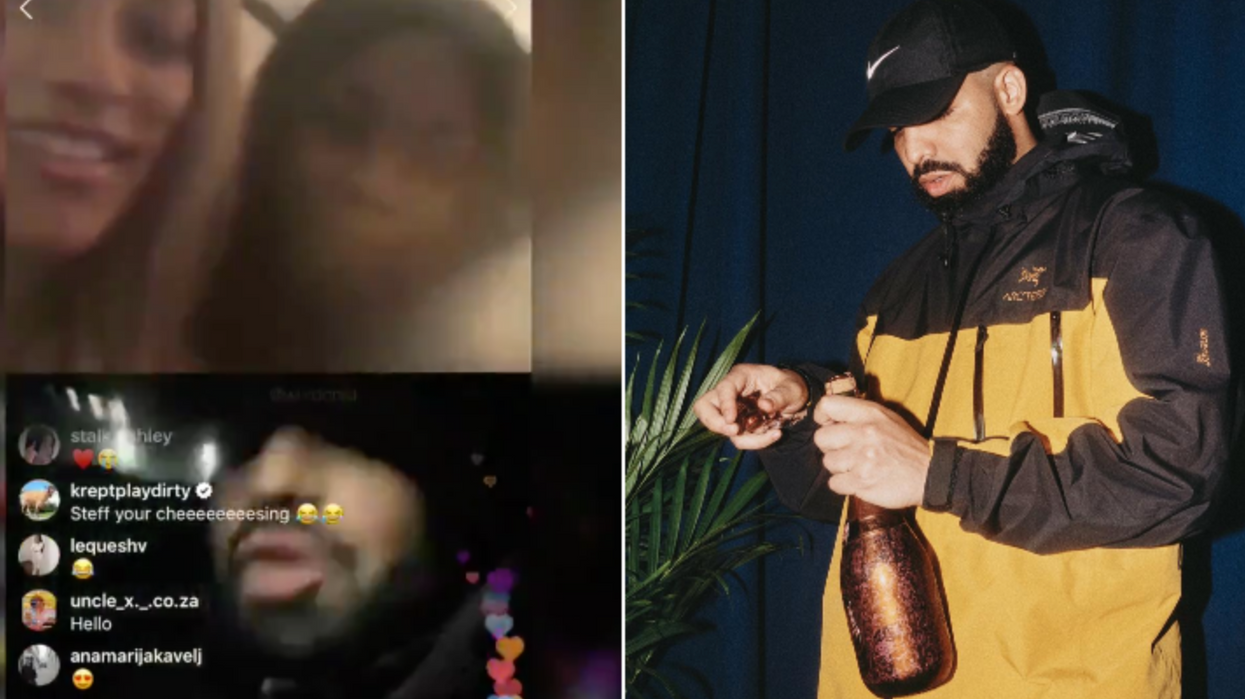 It's fair to say that Drake hasn't been the public's favourite rapper as of recent, especially when it comes to his Toronto fans. From cancelling a TIFF appearance and a few local concert dates to the recent drama surrounding Millie Bobby Brown and 18-year-old model Bella Harris, fans have been dropping like flies when it comes to supporting the 32-year-old rapper.

While he may not be everyone's favourite right now, the Canadian rapper's latest stunt on Instagram definitely shocked a lot of people, to say the least, and while some fans think it was a cute move, others were left completely uncomfortable at the sheer awkwardness of what he did - Attempting to win over a girl via her Instagram live.

The girl in question is a 26-year-old British rapper Stefflon Don who has been climbing up the charts recently with collaborations with artists such as RAYE and French Montana. While the rapper was doing an Instagram live last night with one of her friends, Moira, none other than Drake decided to hop on as well.

While Drake was in a badly lit car and it was hard to see his face throughout the video, when Stefflon and her friend asked to see him clearly "to be sure it's you," low  and behold the star showed he really had just slid into someone's Instagram live to try and pull a move or two:

.@Drake flirting with Stefflon Don on her Instagram Live. 👀pic.twitter.com/xmX3JyZBtJ

One of the most revealing parts of the conversation that fans was when the rappers asked Drake if he was single and he, in fact, admitted he was, meaning the Bella Harris rumours can finally be put to rest, While some thought the interaction was cute, others weren't as receptive:

Some fans are even speculating this could be an attempt by Drake to rile up Nicki Minaj considering Minaj never seems to take to any female rapper kindly. This could be the case considering Drake and Stefflon have met before since they worked on Deon's song, Money Gang together. Or, this really could be the most public attempt of shooting a shot we've ever seen by a prominent rapper.

Either way the move was definitely a bold one on Drake's part and we'll have to wait and see if anything comes out of this. Until then, we can't say we wouldn't be surprised if this interaction does wake up new drama with Nicki Minaj online considering how angry she's been as of late.