Canadian rapper Drake and Shiggy the Instagram comedian celebrated "In My Feelings" shooting up to No. 1 on the Billboard Hot 100. 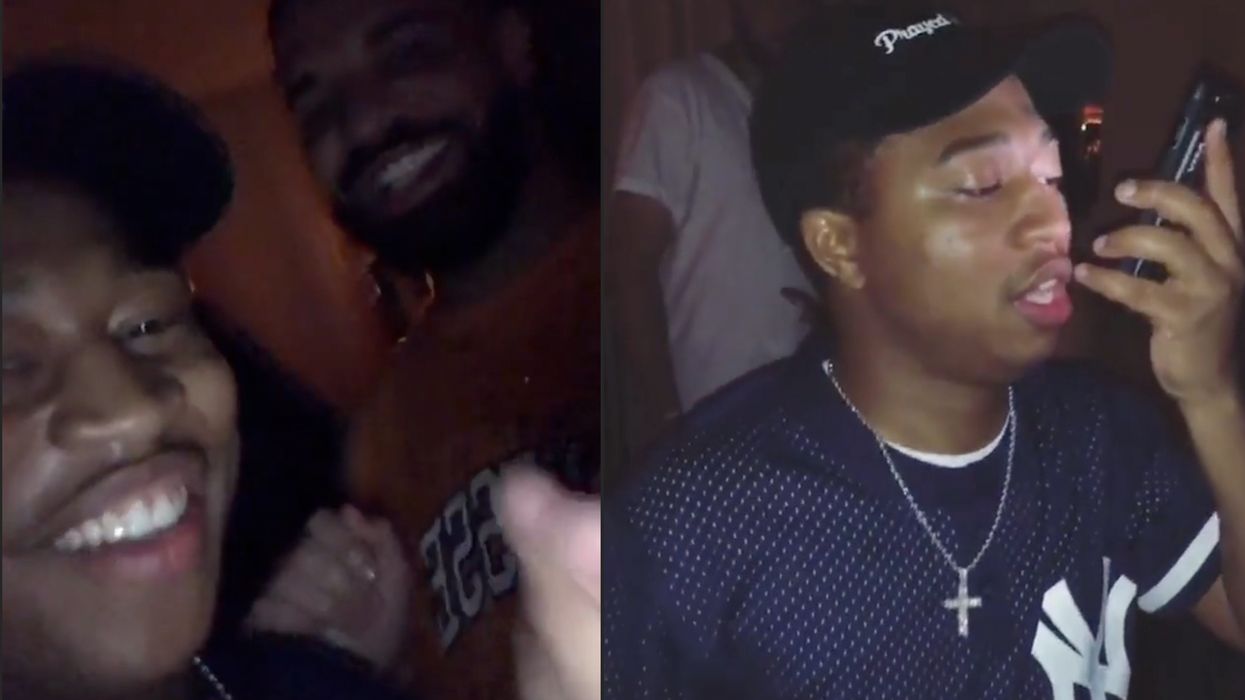 Shiggy the Instagram comedian - creator of "The Shiggy Show" and mastermind behind "The Shiggy Dance" phenomenon - finally got to meet Drake last night, and bask in the praise and credit he deserves.

We're pretty sure every human being and their grandmother has heard of "The Shiggy Dance" by now - but, in case you haven't,  it's a dance challenge to Drake's "In My Feelings," in which people imitate Shiggy's dance moves to the song and post it on social media.

Thanks to "The Shiggy Dance,"  Drake's "In My Feelings" shot up to Number One on the Billboard Hot 100 with 71.7 million U.S. streams. On Instagram, #TheShiggyChallenge has been tagged over 10,000 times, #DoTheShiggy 74,000 times, and #InMyFeelingsChallenge over 142,000 times. He hashtags have been tweeted over 2.5 million times.

Even celebrities have attempted the "Shiggy" - Kevin Hart, Ciara, Russell Wilson, Odell Beckham Jr., to name a few. But, the real winner of the challenge is Will Smith, who took "The Shiggy Dance" to the top of a famous bridge in Budapest. Even Drake himself deemed Will Smith the winner. "Wow the video is done," Drake commented on the video.

Shiggy documented his face to face encounter with Drake on his Instagram story last night. "I ran into the n***a who owe me a cheque!" Shiggy shouts in his Instagram video. He flips the camera over to Drake, who smiles and makes a money gesture at the camera. The caption is "#1" - a reference to the song's top spot on the Billboard chart.

Drake also paid tribute to Shiggy last night. In a video on his Instagram story, Shiggy dances to a song from Drake's new album while Drake holds the camera. "Oh my goodness! Man got me a number one record today," Drake says in the background.

It was a magical moment for our favourite Canadian rapper.