The NBA is not happy with him. 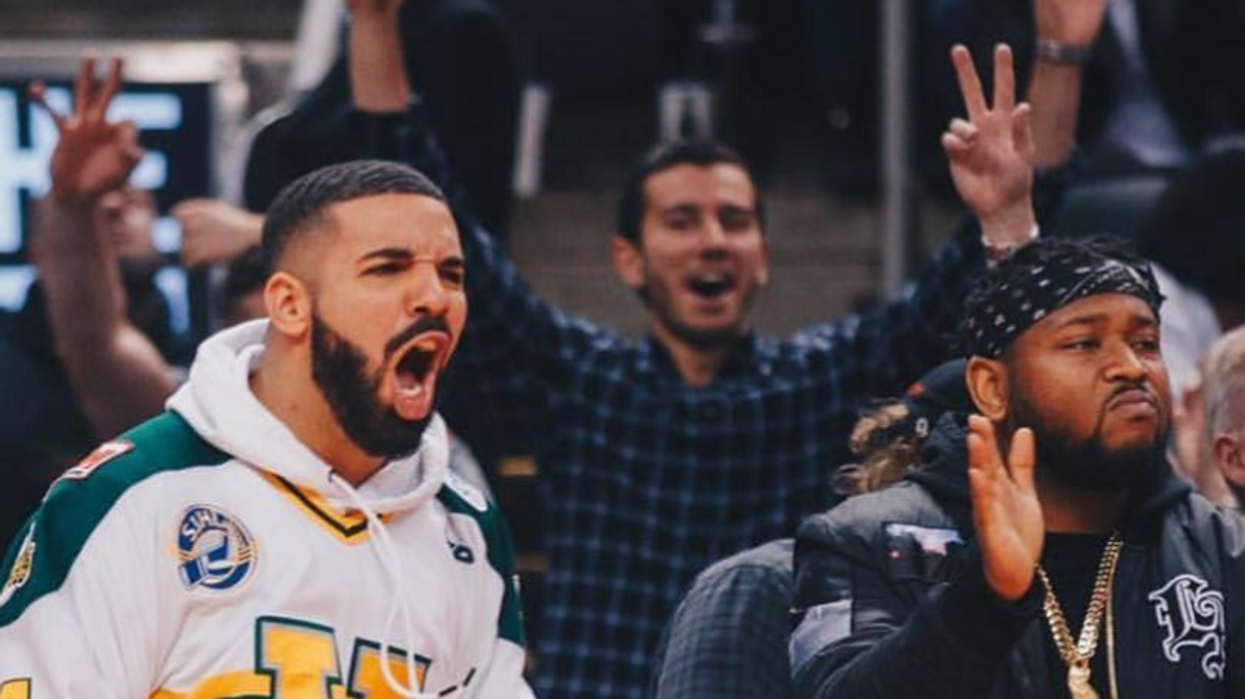 It’s okay to act out a little bit when you're watching sports. You get stressed out and yell a little bit more than you typically would - which is pretty normal.

But a few days ago Drake took things a little bit too far it seems at the Raptors first playoff game, and that incident has now landed the Toronto rapper in hot water with the NBA.

The NBA has officially warned Drake to stop his antics from his court side seat.

The league specifically wants him to stop being such a potty mouth.

During game 1 between the Raptors and the Cavaliers at the Air Canada Centre Drake got into an argument with the Cav’s Kendrick Perkins and could be seen yelling curse words at the player.

It got so bad that it looked like the two were going to fight at one point.

Yesterday the NBA told the Raptors to have a talk with the Toronto rapper about his behaviour.

Raptors coach, Dwane Casey, defended Drake saying “I love Drake. Believe me whatever he said to Perk, I have heard a lot worse in other arenas to me.”

He added that he thought, “we all should be that passionate.” about the game.

So while Drake is still allowed at games he has to be on much better behaviour while he’s there.

No more trying to pick fights with professional athletes, doesn't sound too hard.