Drake Is Now Being Called This Generation's R. Kelly And That's A Huge Problem

Drake is now being called this generation's R Kelly after his interactions with minors have gone public. 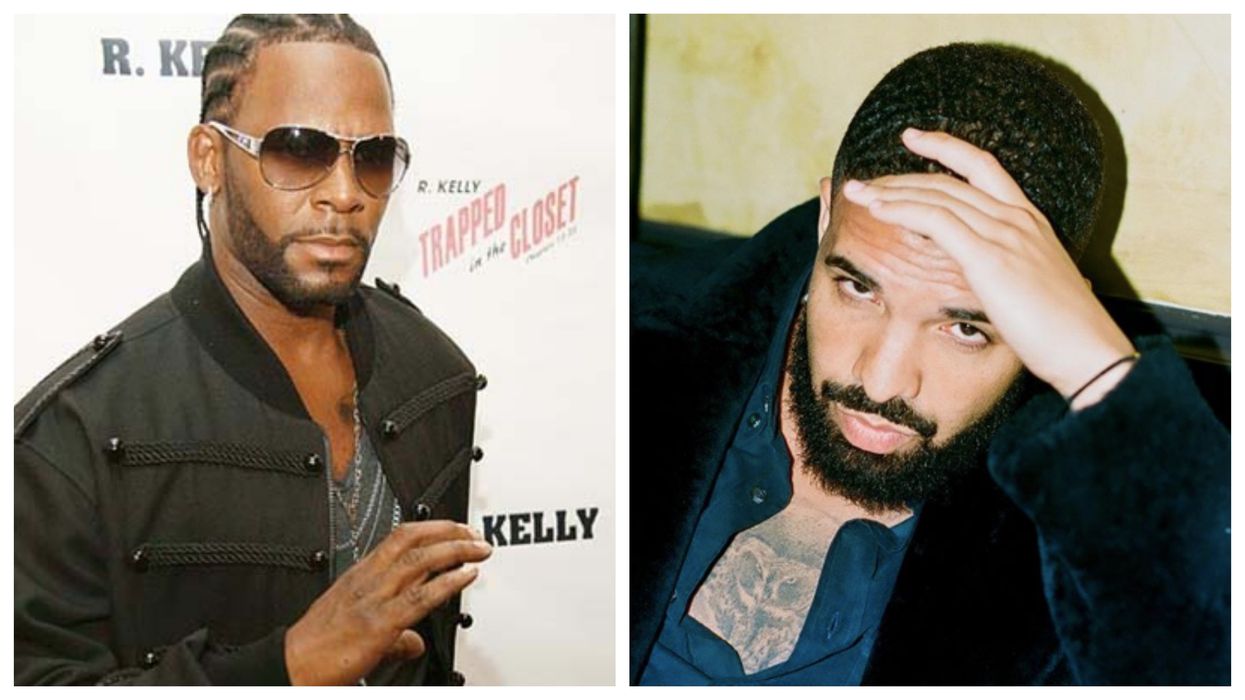 Ever since the documentary "Surviving R Kelly" was released, Drake is now being called this generation's R Kelly. This comes after comparing R Kelly's sexual allegations and Drake's history of problematic behaviour, both of which have been garnering lots of attention online.

R Kelly, who has been wrapped in scandals since the 90s when he alleged married 15-year-old Aaliyah Haughton, was first sued based on a sexual relationship with a minor in 1996. Ever since then there have been reports that he's been investigated by police on multiple occasions, had a sex tape with a 14-year-old, and has been sued for multiple sexual relationships with underaged girls.

Eventually, by 2002 Kelly was arrested and then released on bail for child pornography charges before being found not-guilty in 2008. Now the docu-series on R Kelly is calling not only for the singer to be investigated again, but it's also drawing comparisons with Canadian rapper, Drake.

Drake has been getting some attention recently after a video of the Toronto rapper pulling a 17-year-old fan on stage and kissing her even after she reveals she's underage. This also comes after it was revealed that Drake may have started a relationship with a 16-year-old and also regarding his weird relationship with 14-year-old Mille Bobby Brown.

While there are no allegations against Drake, people are drawing comparisons between him and R Kelly based on his apparent interest in young girls and minors. Several people have shared this sentiment on Twitter, calling him this generation's R Kelly.

People are also calling out fans for letting Drake off the hook for his behaviour while others point out that men like R Kelly and Drake need to be held accountable.

I think drake fans only hear what they wanna hear. R. Kelly is terrible, but drake somehow gets off the hook because that video was from a few years ago. People apparently forgot about him currently texting minors too

While Drake has not been at the centre of sexual misconduct or abuse allegations, fans are taking note of his behaviour and after hearing even more information about R Kelly from the new documentary, they definitely aren't taking things lightly anymore.