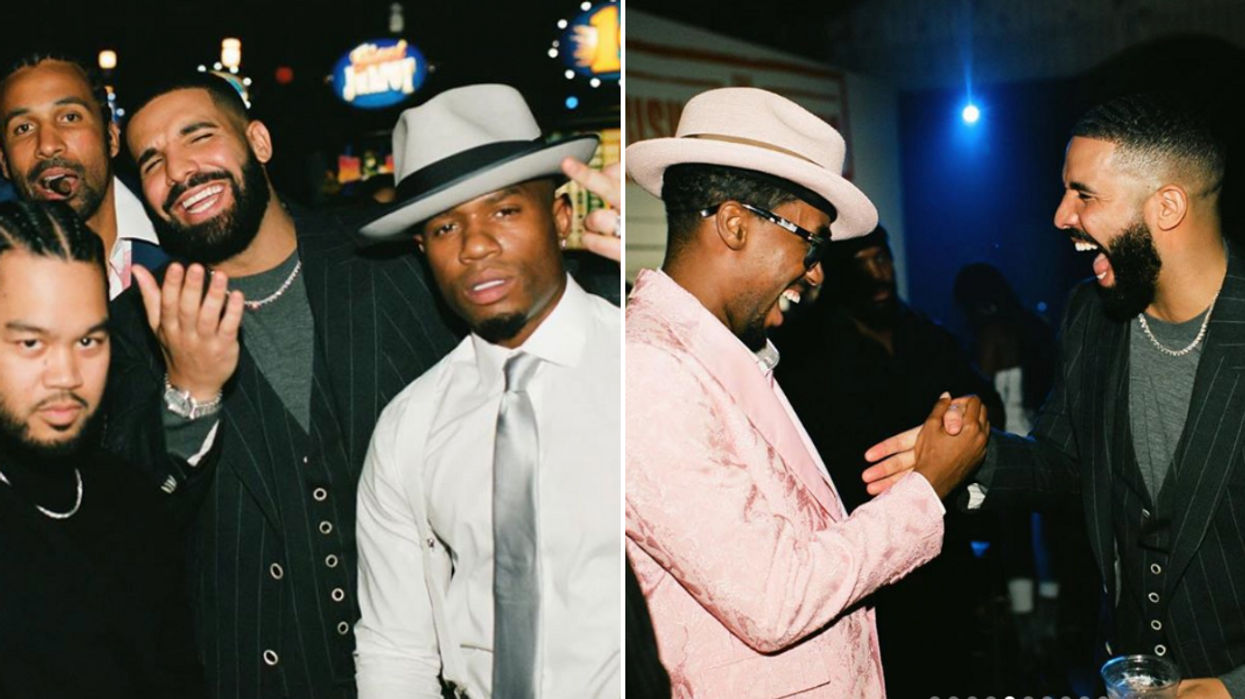 For fans of Drake, yesterday was a huge day... his birthday! While that might not seem exciting to you, fans of the rapper take it super seriously and so does Drake. His parties every year get better and better and because it's so close to Halloween the themes are always epic. Drake's birthday party guest list was so big that fans are right when they call the Canadians birthday "Drake Day."

Drake is also not ignorant to how much his fans care about him. He even wrote out an entire Instagram caption dedicated to them and his loved ones:

"I’ve spent many nights over the last 4 or 5 years feeling like people did not like me or resented me for things beyond my control. I would sometimes settle into this mindset for months at a time. Today I woke up and looked at my phone and realized how much positive energy and how many unbreakable bonds I have in my life from incredible people. All the messages and posts just reminded me that I am covered in a blanket of love and support and I should never second guess that. Thank you for a truly uplifting day. Love you all forever."

Drake also had the time of his life at this Italian mobster themed party especially with fellow elite Kylie Jenner. Take a look at the rest of the A-list party's guest list.

Drake apparently spent his entire night with this celeb. Kylie Jenner attended the party with a group of friends but was always in proximity to Drake. Their closeness even sparked dating rumours that have Jenner's Ex, Travis Scott, panicking.

Adele absolutely slayed this party. She was even granted a spot on Drake's Instagram. The party's mobster theme allowed the artist to go all out with her hair and makeup and she absolutely stunned.

Chris Brown is always a conflicting attendee at any party, and it's still a surprise to see how close Drake and Brown are considering Drake's past relationship with Rihanna. Nevertheless, the pair have been collaborating on one another's tracks lately so it's only natural he'd be in attendance.

Snoop Dog seems to be invited to everyone's party because he's just that epic. While Drake didn't post a photo with the iconic rapper, Rap-Up confirmed that he was in attendance.

French Montana wasn't afraid to bring the bling along with him. In addition to his attendance, he also brought Drake a $175,000 dollar cuff that spells out his name.

That's the second piece of expensive jewelry Drake has gotten this week.

Future unsurprisingly was also invited to the party. He took the mobster theme to the next level as well with his mob styled Instagram photos.