And Bella Hadid was nowhere in sight 👀 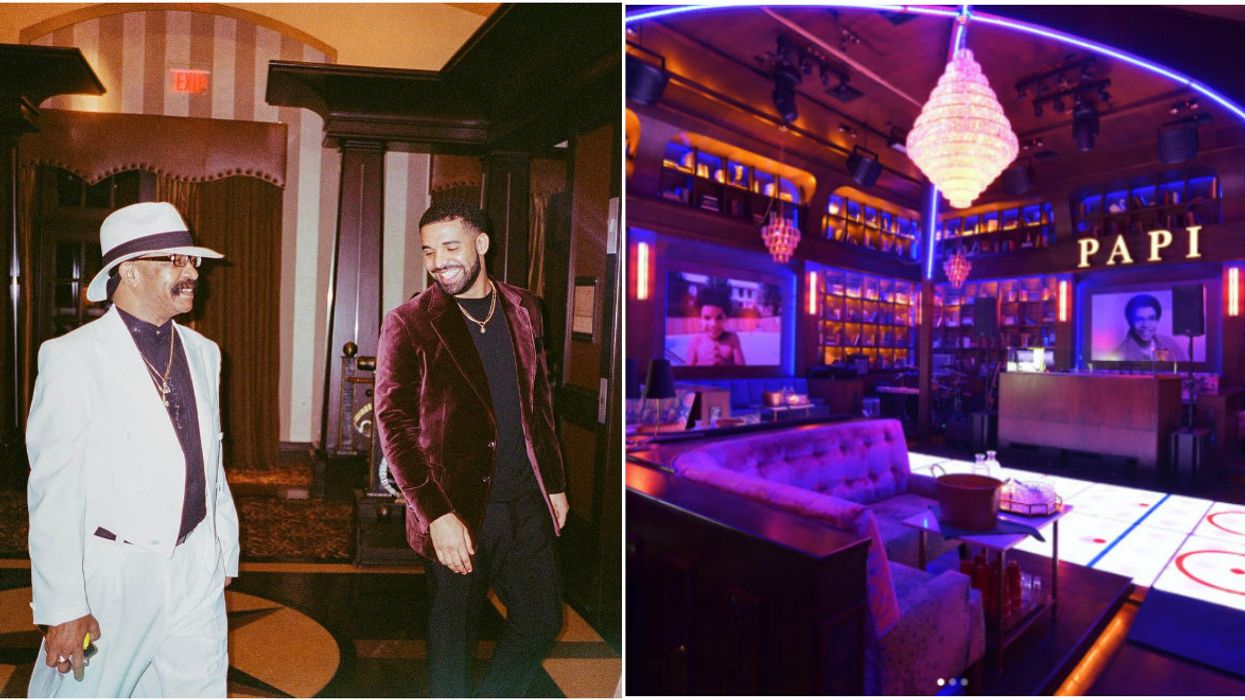 How does the 6ix God ring in his 31st birthday? With bi-coastal birthday parties less than two days apart of course! After an over-the-top extra birthday bash in his hometown at Casa Loma's BlueBlood steakhouse, the man who put Toronto on the map headed to LA for party #2.

But unlike his Toronto birthday, which was cute, classy, and attended by close family members and friends, like his adorable mom and some members of the Raptors team, his LA party last night was another beast entirely.

The theme chosen for his LA bash was much more "youthful" and rowdy to say the least. Named "Aubrey Graham’s Re-Bar Mitzvah", his LA party to celebrate turning 31 (which if reversed is 13, the age Drake actually had his bar mitzvah), the party was filled with plastic cups, Dippin' Dots, basketball hoops, candy, arcade games, and Virginia Black by the bottle.

Oh, and of course, childhood pics of Drake photobombed by his amazing dad.

The bash took place at the super sexy new West Hollywood called Poppy (a nice play on his 'Papi' nickname). And among all the mayhem and music that made this party crazier than a Project X movie was the crazy number of huge celebs that attended, including Leo Di Caprio, Lamar Odom, Chantel Jeffries, Madison Beer, Hailey Baldwin, Jamie Foxx, G-Eazy and Halsey.

But one celeb was notably absent: Bella Hadid. The rapper's maybe/probably girlfriend/hookup/fling was absent from last night's festivities at the party taking place in her hometown of LA. And after seeing the insane birthday present Drake got her for her birthday a couple weeks back, we're wondering where she was at and what she's getting him in return.

Looks like she was too busy posing in elevators with Gigi.