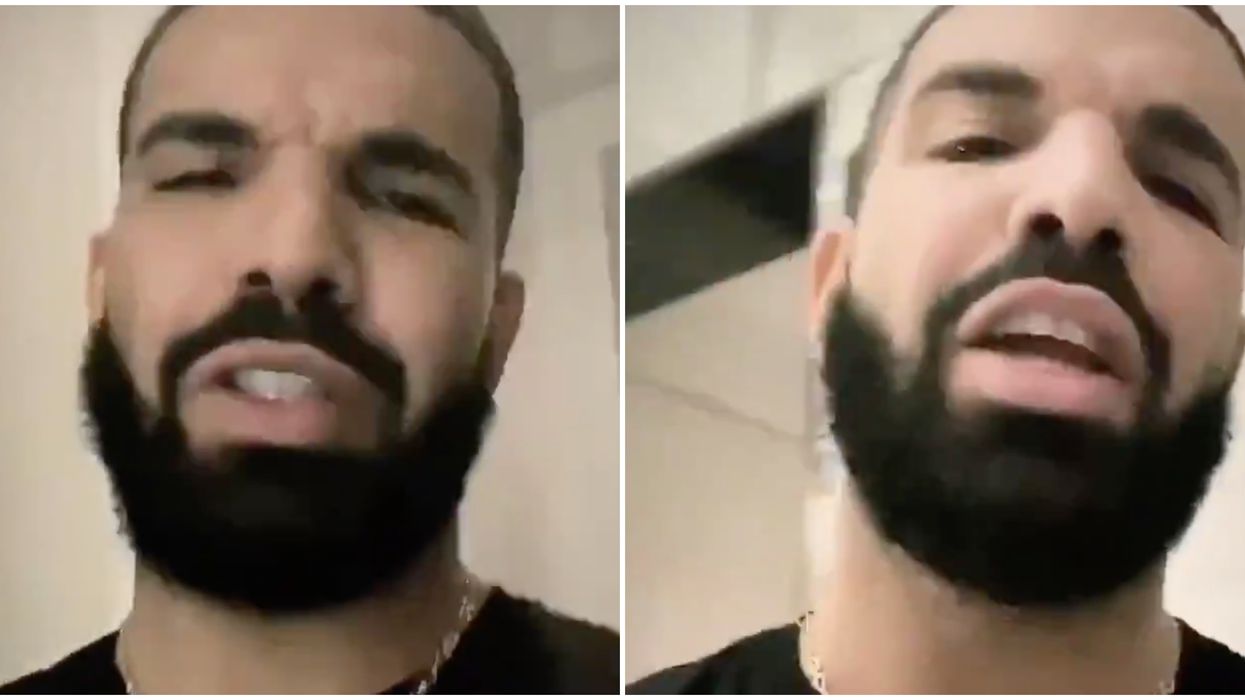 It’s no secret that Drake’s Toronto mansion is one of the nicest houses in the city, but it seems that there was a disruption there yesterday afternoon. Scarborough Instagram personality Debby Parkway posted up outside the rapper's house, dissing him and urging him to come out and fight.

If you’re not familiar, Parkway is something of an internet phenomenon in the GTA. Her Instagram page has just under 5,000 followers, but she regularly posts photos and videos of her dissing other locals.

The Scarborough native’s latest target is none other than Toronto’s own Drake. According to a video posted on @battry.memes on Instagram, Parkway visited the rapper’s Bridle Path mansion but was quickly turned away by his security team.

“You guys see these guys? They’re trying to tell me to leave. Drake didn’t want it. Drake knows I could crush him in ball any day… Drake knows I run the city out here. Come on, Drake. Come outside, fam,” Parkway can be heard saying in the video.

Drizzy may not have stepped outside to see his challenger, but he did respond to her hasty message and surprise visit at his house via his Instagram story last night.

“Yo, Debby, don’t pull up to my crib on game day talking about you’re going to sauce mans and sh*t. You cursed my whole jumper today,” Drake said.

“You know what I’m saying? I don’t like all that energy. Keep that negative energy away from me, man. Stop pulling up to mans crib when they’ve got games to win and sh*t. Don’t cheese me today.”

It seems that people on Twitter are surprised and disappointed that Drizzy gave his surprise visitor clout by posting about the altercation on Instagram.

Drake could of simply just sat there in his million dollar bridal path estate and ate his food instead of replying to #debby
— 𝔪𝔬𝔡𝔢𝔯𝔫𝔞 𝔪𝔞𝔪𝔦 (@𝔪𝔬𝔡𝔢𝔯𝔫𝔞 𝔪𝔞𝔪𝔦)1581444781.0

Debby has since responded to Drake’s story on her own Instagram, claiming that she didn’t “f*ck up his game” because he “has no game.”