The rapper was sitting courtside yet again last night. 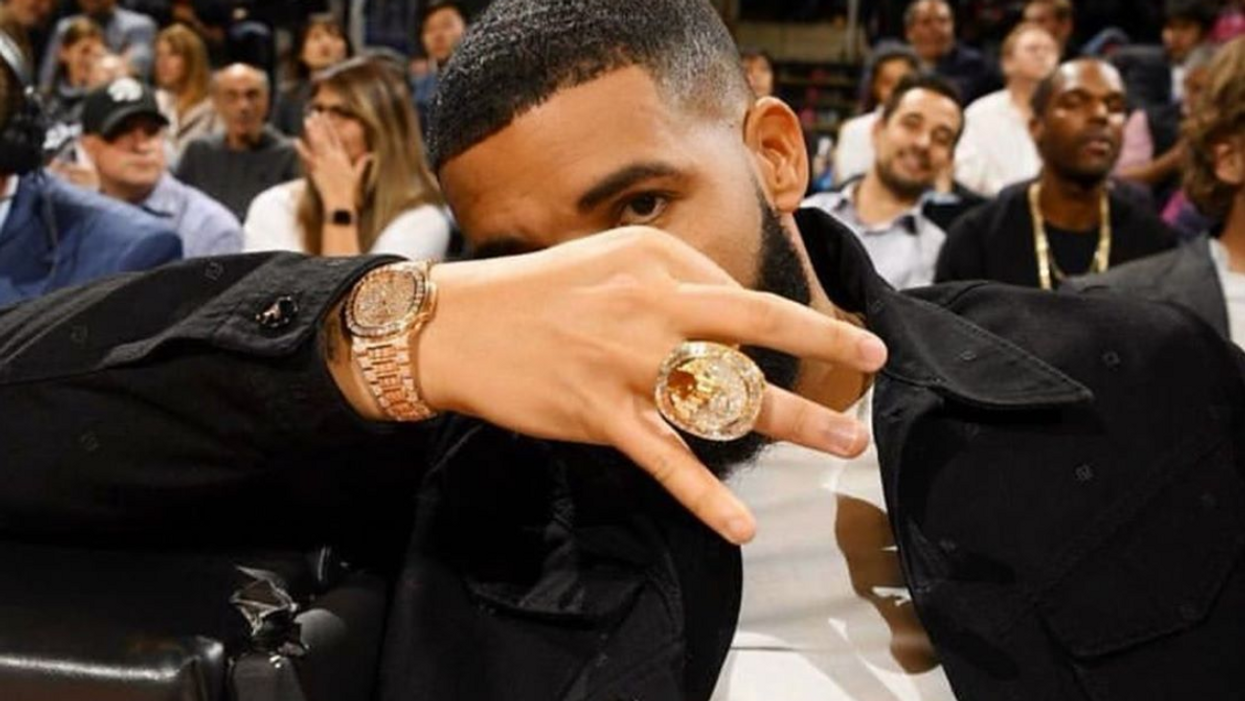 The Raptors may have lost 112 - 92 to the LA Clippers last night, but it was still an important evening for both the players and their fans. Not only were the boys playing their former MVP, Kawhi Leonard, but they were also giving him his highly-anticipated championship ring. Unfortunately, Drake's Toronto Raptors championship ring definitely stole the show last night.

Even if you're not a basketball fan, if you're a Drake fan, you probably know a thing or two about the Raptors. Drizzy is not only one of the team's most loyal fans, but he's also their global ambassador, so it's literally his job to generate hype about the team.

After a long and intense season earlier this year, the Raptors took home the coveted Larry O'Brien, and no one was more excited about the win than the 6ix God himself.

Drake didn't play a single second on the court (although he did put on a pretty good show on the sidelines, cheering on the Raptors), yet he still managed to capitalize off of the team's win. Remember at OVO Fest when he built a literal shrine to the team and brought it on stage?

As if all of that wasn't enough, Drizzy also had a custom championship ring made for himself, and he wasn't shy about showing it off last night.

"Kawhi's home", Drake wrote over a photo of the ring, which he posted to his IG story while sitting courtside last night.

Many of the rapper's 62 million followers saw the post, of course, but some of them are confused as to why Drake even has a ring when some of the Raptors' players don't.

"The fact that Drake has a customized Raptors championship ring is grotesque. 1) you’re a rapper. 2) don’t edit the ring. The ring is the ring. You dink," one person tweeted.

"Still don’t understand why Drake has a ring and some Raptors players that got traded don’t," commented another.

In Drake's defence, he did do a great job making the Raptors' name known all over the world during last season's playoffs, and he's been showing up to tons of games to support the team this season, so maybe the ring is warranted.

The Raptors' next home game is this Saturday, December 14 against the Brooklyn Nets. You can grab tickets for the event on Ticketmaster, and who knows? You may just spot Drake or another Canadian celeb.