Dustin Milligan's Relationships Include Famous Actresses Such As A "90210" Costar 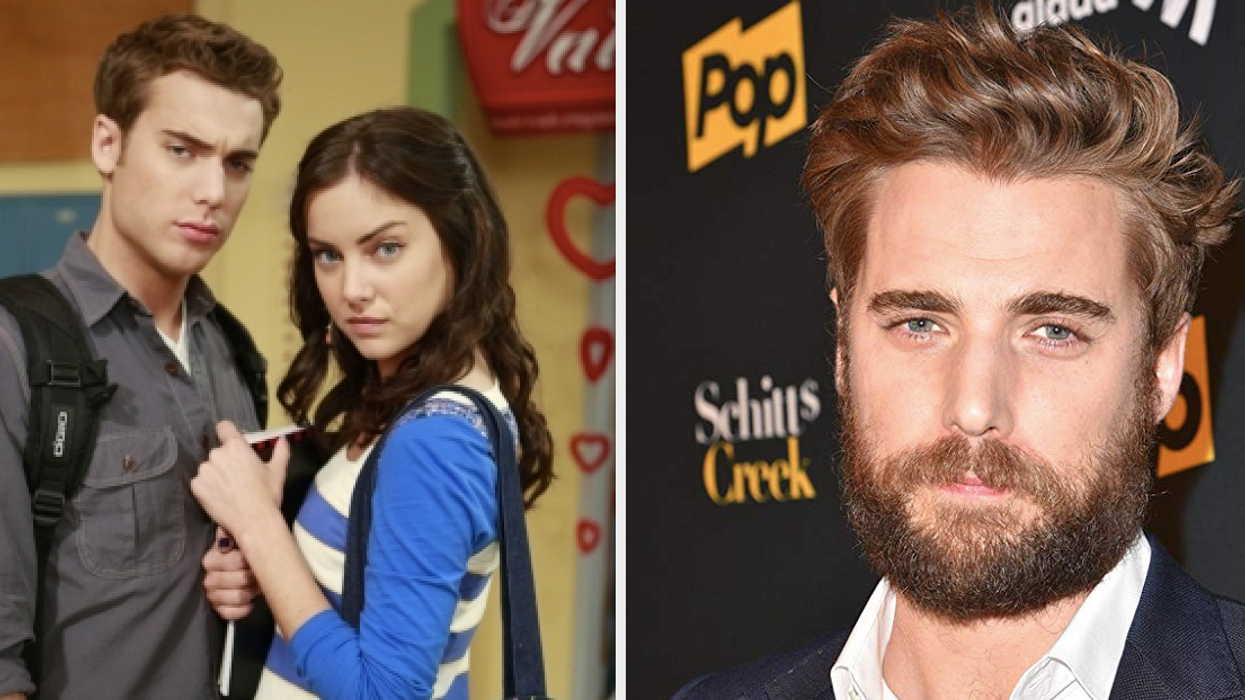 The little town of Schitt's Creek still has an abundance of romance opportunities despite its tiny population. Moira and Johnny are a snapshot of a fun-loving marriage, and their two children have a knack for dating too. On-screen he's dating Alexis and in real life, Dustin Milligan's relationships include famous actresses such as a 90210 costar.

Born way up north in Yellowknife, the 34-year-old has dozens of TV and movie roles under his belt. But he's known for another pretty big role before landing the part of a veterinarian on the CBC sitcom.

He played Ethan Ward in the first season of 90210. Though his character had flings with two girls, Annie Wilson and Noami Clark, played by Shenae Grimes and AnnaLyne McCord, he actually fell for the actress that played Erin Silver.

South Carolina born Jessica Stroup and Milligan dated from 2008 to 2010, according to Who's Dated Who?. The first season of the series began in 2008 and though Ethan was written off after season one, Erin remained a main character for all five seasons.

Their two-year-long relationship seems to have been kept pretty private with little to no photos of them together. The breakup was confirmed in August 2010 according to Just Jared, when Milligan told ET Canada that he is "a bachelor in Hollywood" who is "always keeping my options open."

Shortly after that, the Canadian actor started dating Amanda Crew who he's still in a relationship with today. Who's Dated Who? wrote that they've been together since October 2010, marking just over nine years for the Hollywood couple.

The Langley born actress has been on screen since 2005 but didn't have any appearances on 90210.

Her first movie role was in Final Destination 3, and she's been in pretty big productions including John Tucker Must Die, Charlie St. Cloud, and The Haunting in Connecticut.

The 33-year-old was also a regular on Silicon Valley playing Monica Hall for all six seasons. The series ended in December 2019.

With a nearly decade long relationship, Milligan has had a pretty lowkey dating life.

He seems just as loving and passionate as his character Ted Mullens who you can catch on the season six premiere of Schitt's Creek on January 7.