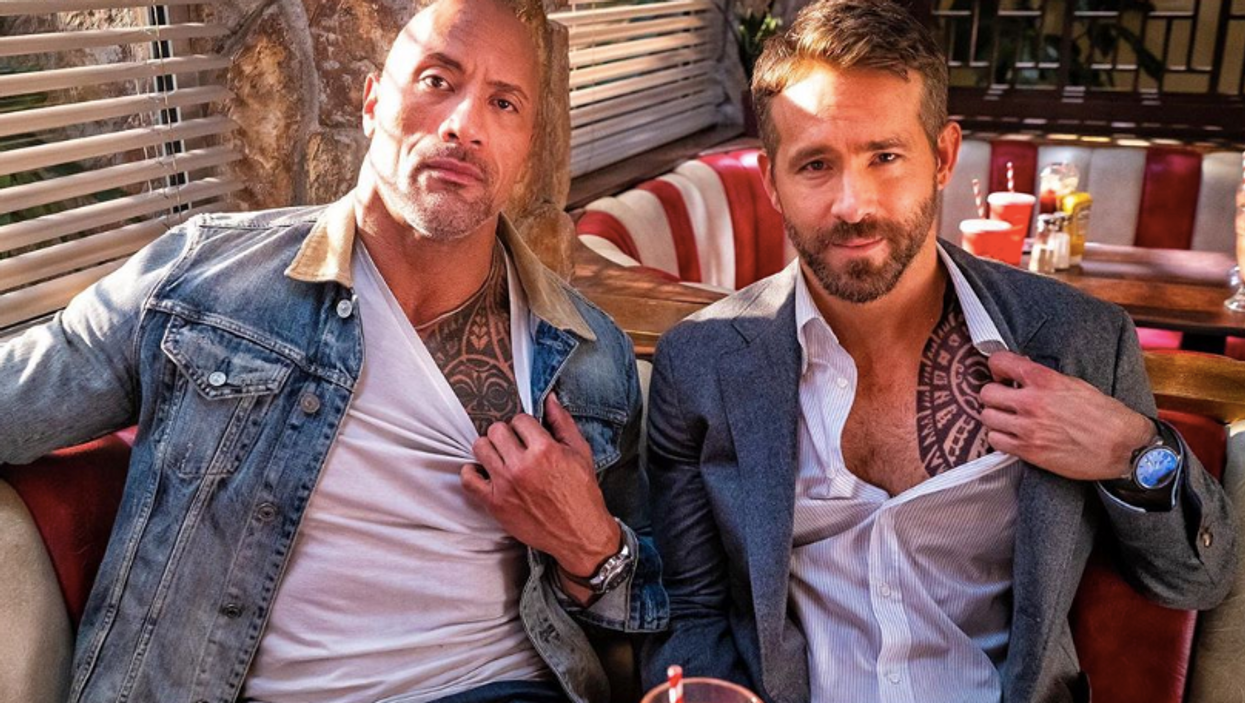 Two of Canada's favourite celebrity dads are making the country proud after getting recognized for their superior child-rearing abilities by Fatherly. Ryan Reynolds has been in the news quite a lot lately when he recently showed his Canadian pride and love for his children online. And Dwayne Johnson isn't only one of the most successful film actors, he's also one of the best dads of the year too. So it should be no surprise that Dwayne Johnson and Ryan Reynolds topped Fatherly's "The Coolest Dads of 2019" list.

Johnson just posted an Instagram photo highlighting his inclusion on the list, joking that he paid Fatherly to publish him as number one. In the caption, he wrote "I was a nervous and scared first time father (because I didn’t want to screw sh*t up due to my own strained relationship with my old man) but eventually I learned that leading with love, empathy and a lil’ humor." Johnson again joked that he is a father to three girls and the "big daddy" to actor Kevin Hart.

In August, Fatherly published an interview with Johnson discussing life in the spotlight as a celebrity father. Johnson had his first daughter Simone, 17, with now ex-wife Dany Garcia. His two youngest daughters, Jasmine, 3, and Tiana, 1, are with his current wife, Lauren Hashian.

Fatherly asked Johnson about how having children now that he's famous compares to when he was just entering the industry. He said, "I was making a transition to Hollywood, trying to be the best husband and best dad I could be as a brand-new father. Now, being in my 40s, I’ve lived a little bit of life. I hope I’m a little wiser. It allows me to be a greater dad."

In September, Johnson posted this adorable photo of him having "tea" with his daughter. In his caption, he jokingly hinted that his tea may actually be tequila.

He also posted this adorable photo of his two youngest daughters from his wedding day.

Coming in at number two on "The Coolest Dads Of 2019" list is Ryan Reynolds, who worked with Johnson when he had a peek appearance in Hobbs & Shaw.

Coincidentally, Reynolds also has three girls (there must be something in Canadian DNA) whom he shares with his wife, Blake Lively. His daughter's names are Inez, 2, and James, 4, with the most recent baby's name still unannounced. Just last week, Reynolds posted to Twitter sharing the first photo of his new daughter... kind of. He blocked her face out, presumably for privacy reasons.

Reynolds also interviewed with Fatherly earlier this year about his nomination on the list and being a father. When asked how he's changed after becoming a dad, he said, "It’s made me super present in a way I wasn’t before. I try to hold on to each moment with them. It’s drawn me to the present moment as opposed to the future and past." He also said that he wants to spend time with his children "as much as possible" since they grow up so fast.

Other notable dads on the include Russell Westbrook at number three, Chris Pratt at number six, and Kanye West at number seven. Professional basketball player Westbrook has three children with his wife, Nina Earl. Pratt only has one child with his ex-wife Anna Farris, but he posts adorable photos of his son on Instagram. And of course West has four kids with wife Kim Kardashian, who often shares photos of the family together.

Shout out to all of the superdads who made the list this year, we're always stoked to see Canadians represent!