The film is hitting Netflix on November 15. 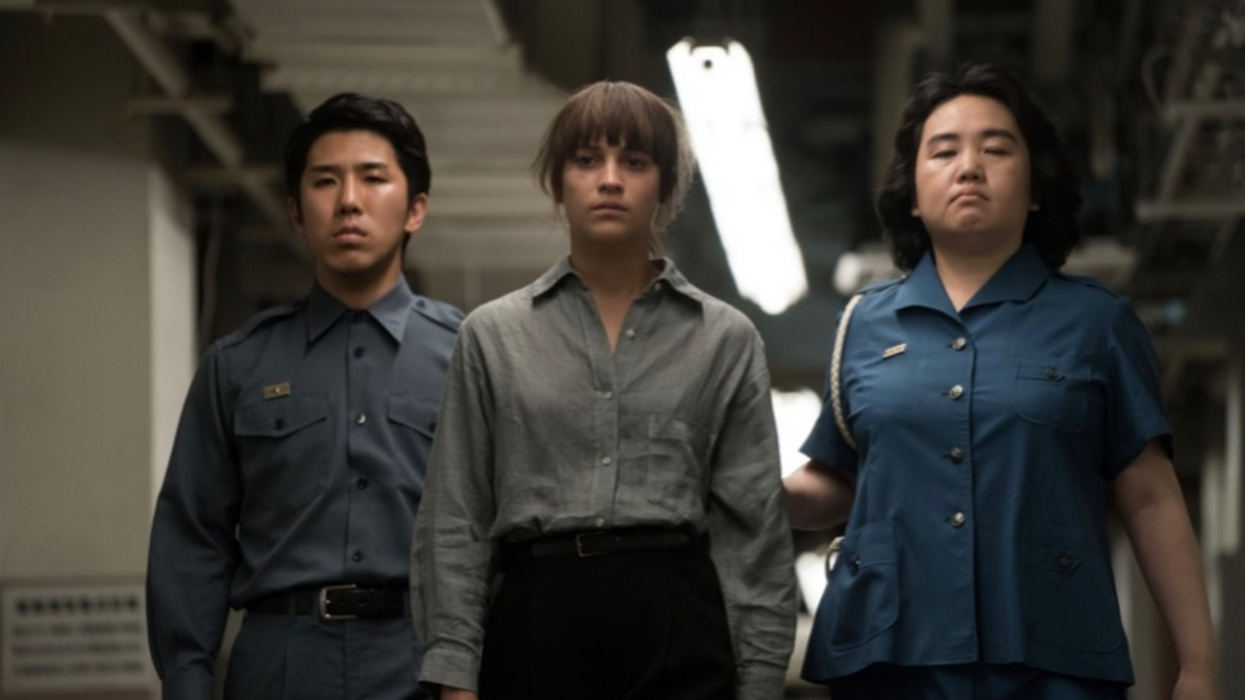 For as long as most people can remember, Netflix has had a monopoly over the streaming service industry. The company started as a DVD rental service, and over the years, has transitioned into a mass-content producing machine that barely gives you a chance to breathe before something new is released. Unfortunately for Netflix, they have some major competition on the horizon. Sure, other streaming services have existed for years now, but none have challenged the OG in the same way that Disney+ has been. Luckily for us, in the streaming service war, Netflix is not letting down without a fight, meaning we've got some amazing content on the way. Earthquake Bird on Netflix Canada will be released this November.

Earthquake Bird tells the story of Lucy Fly (Vikander), a young woman who's recently moved to Japan. Not long after arriving in the foreign country, Fly finds herself suspected of murder after becoming involved in a messy love triangle involving her boyfriend and her best friend.

As you may guess, the film is full of twisted suspense and psychologically unsettling moments that will definitely keep audiences on their toes. After watching the trailer, viewers can't stop talking about how good the movie looks, and how Disney+ has caused Netflix to step up their game.

"They say Disney gonna destroy Netflix Thanks Disney for Waking up the Beast!", one user wrote. "Yes! Netflix finally woke up!!! FI-NA-LLY!!", added another.

Earthquake Bird will initially premiere at the BFI London Film Festival on October 10 and will be available for streaming on Netflix as of November 15, which ironically, is just three days after Disney+ is set to launch in Canada and the U.S.

Coincidence or not, it sure will be interesting to see how the battle between Netflix and Disney+ plays out. Will one streaming service outlast the other, or will the two find a way to exist in harmony while both creating amazing content? We'll have to wait and find out!

In the meantime, be sure to check out the trailer for Earthquake Bird below.