Fire restrictions are in place. 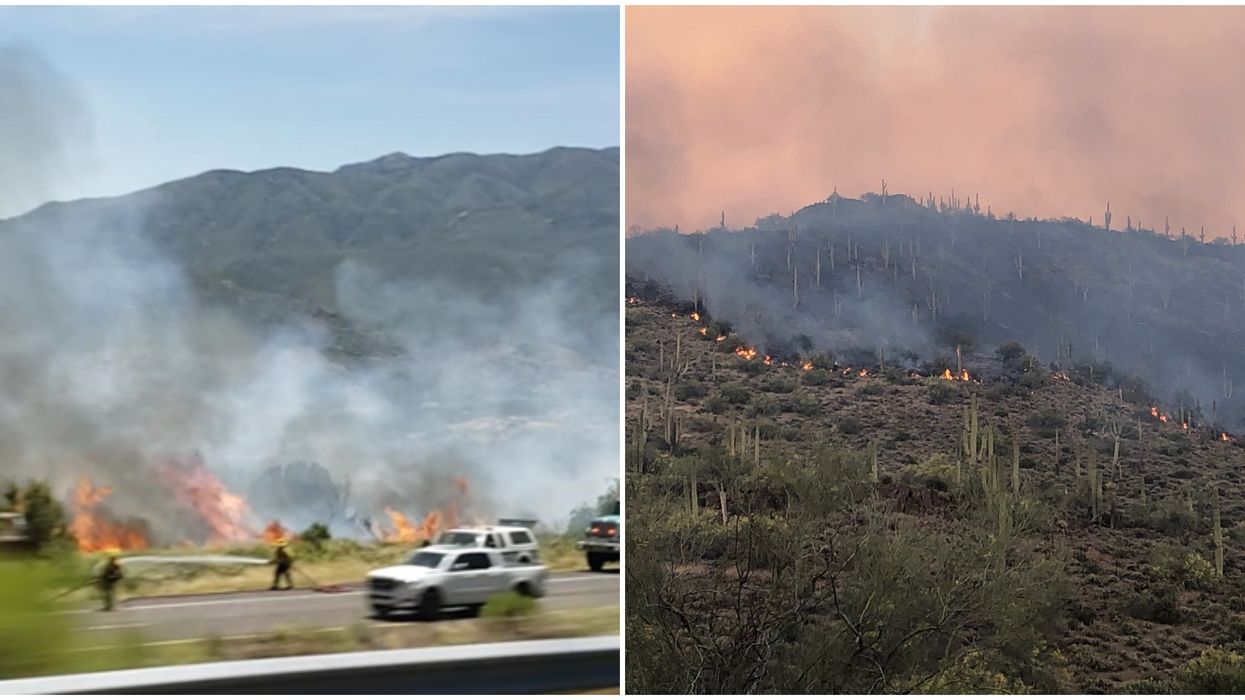 State Forestry officials are battling the East Desert Fire in Arizona that broke out on Sunday, May 17, four miles north of Cave Creek Regional Park. However, today, firefighters are facing a new threat on the frontline as the blaze rages on into Monday. High winds are one of the many unique challenges they'll encounter.

On May 17, AZSF responded to a blaze that broke out Sunday afternoon near 24th and Desert Hills in Cave Creek.

After a thorough investigation, a state fire investigator confirmed that it was "human-caused."

The inferno dubbed the East Desert Fire was believed to be 100 percent contained by the end of day Sunday: however, it got out of hand again quickly.

AZSF reported 15 hours ago that the blaze increased overnight, despite cooler temperatures. High winds provided a challenge for crews working to eliminate its spread.

At 7 a.m. Monday morning, an Incident Fire briefing took place during which parties concluded that additional resources would be needed.

Six shot crews, ten fire trucks, and additional aircraft would be used to fight the fire that has burned a whopping 1,500 acres as of a few hours ago.

In the early hours on Monday, "40 homes off Cahava Springs Rd. have been evacuated," AZSF reported.

An Emergency Evacuation Center has popped up to assist crews and has recently moved to Cactus Shadow High School's main gym.

If you happen to visit, they are asking that you wear a mask and follow the six-foot social distancing guidelines.

The direction of spread has been continuing north and northeast.

As of Tuesday, May 19, the fire is 50% contained and fire crews are facing strong winds with gusts up to 30/mph, according to the Arizona State Forestry's recent Twitter update.