Rise by lifting others! 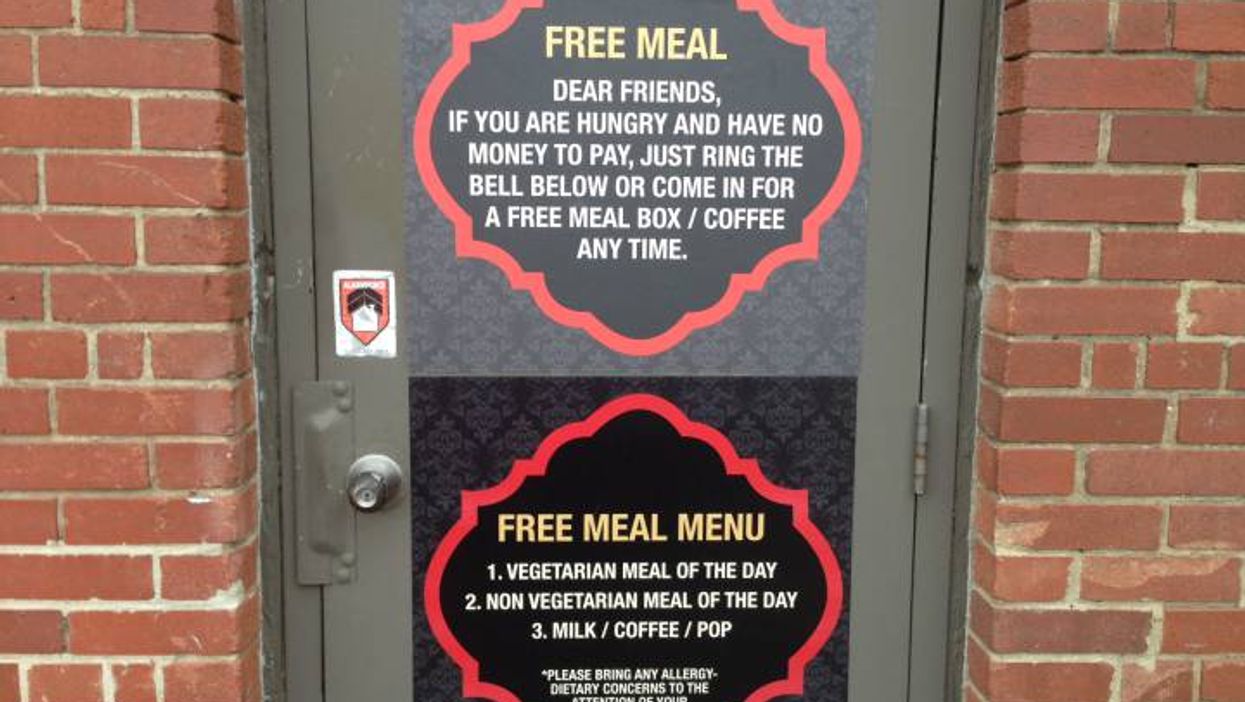 With so much negativity going on in the world in terms of politics, beliefs, and systems trying to disconnect people from each other, it's nice to know that there are people out there helping restore the faith in humanity. With the pinnacle being Edmonton, we thought we would share a few acts of kindness that took place in the heart of the city.

Hopefully these kind gestures will inspire you to do something nice for someone and have them pass it along, since you never know what anyone is going through.  At the end of the day, it's better to love than hate since love lasts a lifetime.

When Roy Abdalnor, Samar Mansour and their two sons escaped from Syria, they came to Edmonton hoping for a fresh start, and that's exactly what they got!  Little did they know that they would be greeted by a welcoming melody upon their arrival at Edmonton's International Airport. Roy was so overwhelmed with joy that he even took out his violin and played along with the live band.

Thousands of Fort McMMurray residents were forced to flee their homes after a wildfire took over the community. Some furry friends were left behind, but thanks to the Alberta SPCA,Calgary Humane Society and Wood Buffalo Animal Control Services, more than 200 dogs and cats made it safely to Edmonton along with some snakes, guinea pigs, and gerbils. Firefighters provided food and water to pets that were left behind while families were left with a miracle knowing that their pets made it to Edmonton safely.

Flying can be stressful, from going to the wrong gate, being late for your fight, experiencing heavy delays and nervousness. Thanks to a couple of furry friends from The Pet Therapy Society of Northern Alberta, Edmonton flyers can calm their nerves by petting these little cuties since they are trained to brighten your day and to bring a smile on your face. How nice is that?

Blaise Che and a friend really brought the Christmas spirit to Edmonton for they got to spend Christmas Eve with the homeless. They spent $100 buying chicken dinners and distributed them to the homeless outside of the Bissell Centre on 96th Street. They documented the whole segment on Youtube and we can't lie, we teared up a bit.

The next time you take walk around Downtown Edmonton, have a look at the flyers located on poles and walls for their are to be covered with challenges of kindness. We challenge you to do something kind for someone, and when you do, tell us all about it!

With Edmonton being in chilly season, this post alone just reminds us how much we love our city. Way to be considerate of others Edmonton and Churchill LRT station, you rock!

Women wearing hijabs received flowers this past December after a hate crime incident took place at the University of Alberta LRT station. This idea was presented by Janelle Venne for she wants to remind Canadians that the more that Canada becomes diverse, the stronger it will be. With so much hate going on in the world, we have to shine more positive light with the help of a few good deeds. Good looking out Janelle, your kindness is appreciated!

In honor of World Kindness Day, Edmontonians were invited to the Valley Zoo to share positive messages with the animals and patrons. Activities such as scavenger hunts, handing out flowers and writing kind messages reminded Edmontonians that kindness does go a long way.

Parkash Chhibber owner of Indian Fusion is gaining local attention for his ongoing act of kindness. He has a poster on the door stating that he will provide free meals to those in need. His reason for such a kind gesture: "It is the right thing to do." Wow, we couldn't have said it better Parkash!

Maher Taweel got the surprise of his life after doing a kind deed this past March. A young man came into Jumbo Donair Shop on 66th street and simply told Taweel that he was hungry and didn't have enough money for food. Without hesitation, Taweel said "no problem" and proceeded to make the young man a hot plate of poutine. Apparently, a customer saw this sweet gesture and proceeded to share the moment on Facebook. Way to go Maher!

Sixteen year-old Mykayla Nurse is on her way to becoming memorable for the decision that she decided to make this past Christmas. Instead of keeping her Christmas presents, she wants to give them away to the homeless. An act inspired by her grandfather who volunteers at Mustard Seed every Sunday. She says she was taught at a young age to do good deeds for Christmas, and we love her for that. She also collects mittens, toques, socks, bottles of shampoo and conditioner to give out to the homeless in the new year.

Dan Levy and Colin Mochrie also had sweet messages for her.

An Edmonton woman with terminal cancer just received the most wonderful video messages from Ryan Reynolds, Dan Levy and a slew of other Canadian celebs.

On Monday, September 13, Twitter user Julie Rohr, who recently moved to hospice for her battle with a rare form of cancer called Leiomyosarcoma, was sent a message by Dan Levy.

"I was irritated because I was trying to sleep."

An Alberta man is now a cool $15 million richer thanks to a recent Lotto Max draw win, but the real kicker is how he found out.

According to a press release from the Western Canada Lottery Corporation, Andrew Weninger was enjoying some extra shut-eye when his mom came into his room telling him to get out of bed.

Trudeau called him "a dear friend of Canada."
theroyalfamily | Instagram

In honour of Prince Philip's life, Justin Trudeau has announced that the government is donating $200,000 to the Duke of Edinburgh's award for young Canadians.

An official statement from the Prime Minister said, "the Duke of Edinburgh was a lifelong companion to our Queen and a dear friend to Canada. He was also a devoted public servant whose contributions changed countless lives around the world, especially those of young people."

If you've been asking yourself "when will COVID-19 end?" you are not alone.

During a press conference on April 15, Quebec's premier, François Legault, said that the province will welcome back normal life by late June 2021.