Happy hour is the best hour! 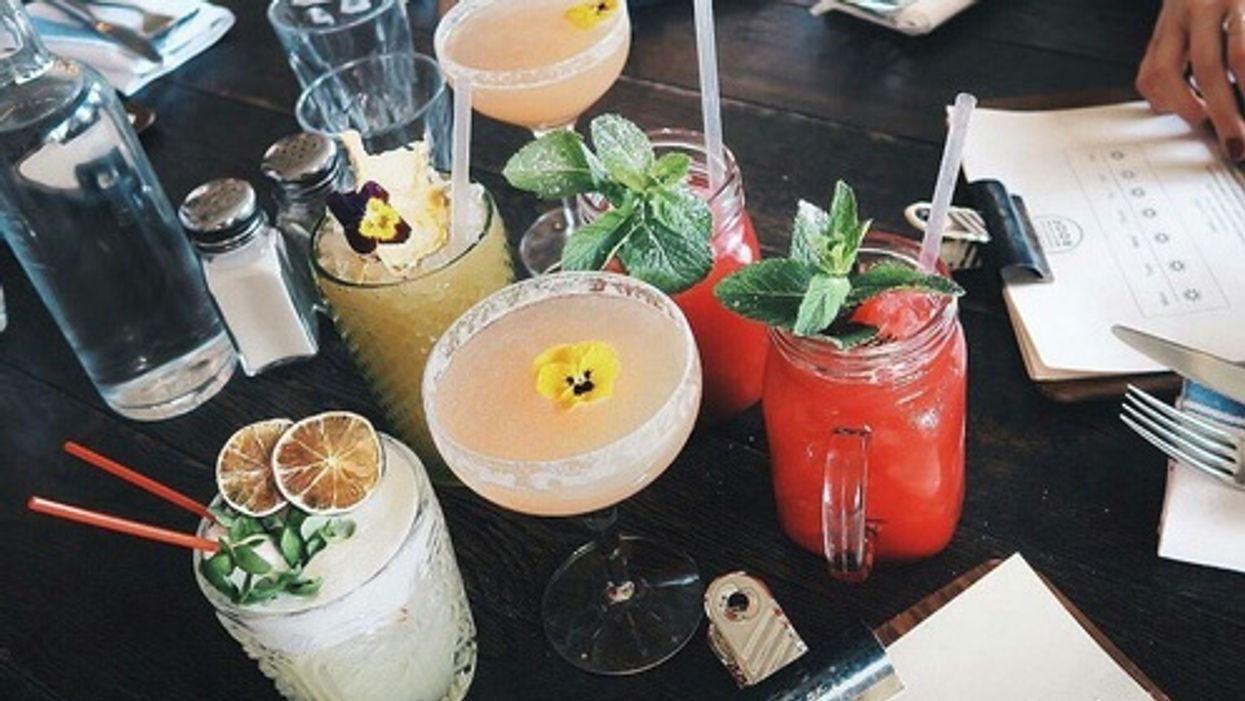 Whether it is after a hard days work or you're wanting to go out with the squad for drinks, it can often be tricky in terms of deciding on which spot you want to hit up. This is where the term "happy hour' comes into play, let's define the term shall we!

Happy hour: a period of the day when drinks are sold at a reduced price at a restaurant or bar.

Happy hour in Edmonton usually starts early in the afternoon and can last for three hours, or go into the wee hours of the night. It's not like we are complaining or anything because let's be real every hour in a day should be happy hour. You never know, things might start to change since we are in the new year.

For now, we are going to help you pick a happy hour spot so that the next time you get hit with a heavy workload, you'll know where to go afterward. Have a look at 19 spots in Edmonton that host the best happy hour drink specials.

Happy Hour: every day of the week

Happy Hour: everyday from open to close. Each day has a different special.

Dan Levy and Colin Mochrie also had sweet messages for her.

An Edmonton woman with terminal cancer just received the most wonderful video messages from Ryan Reynolds, Dan Levy and a slew of other Canadian celebs.

On Monday, September 13, Twitter user Julie Rohr, who recently moved to hospice for her battle with a rare form of cancer called Leiomyosarcoma, was sent a message by Dan Levy.

"I was irritated because I was trying to sleep."

An Alberta man is now a cool $15 million richer thanks to a recent Lotto Max draw win, but the real kicker is how he found out.

According to a press release from the Western Canada Lottery Corporation, Andrew Weninger was enjoying some extra shut-eye when his mom came into his room telling him to get out of bed.

Trudeau has been hitting the bars on the campaign trail, but he's got a bit to learn yet.

The visit to the bar is a classic tool for any politician. Barack Obama has done it, Hillary Clinton has done it, and Trudeau has done it multiple times (and once with Obama, too!).

With a federal election just weeks away, Trudeau took the time to visit Hawthorne Beer Market & Bistro, a pub in Surrey, B.C. on Wednesday, August 18, and he even took a couple of orders and poured a few beers.

It's all about having fun. 🍸

It's official, the best bartender in the world is a Canadian. James Grant spoke with Narcity about winning the title and shared his expert tips for perfecting cocktails at home if you're making drinks for one or entertaining a group of people.

Grant, a bartender at Little Hong Kong in Edmonton, represented Canada at the Diageo World Class Global Finals. On July 8, he won the final challenge with his four scotch-based cocktails and he said that representing the country's hospitality community at the competition was "a real privilege."