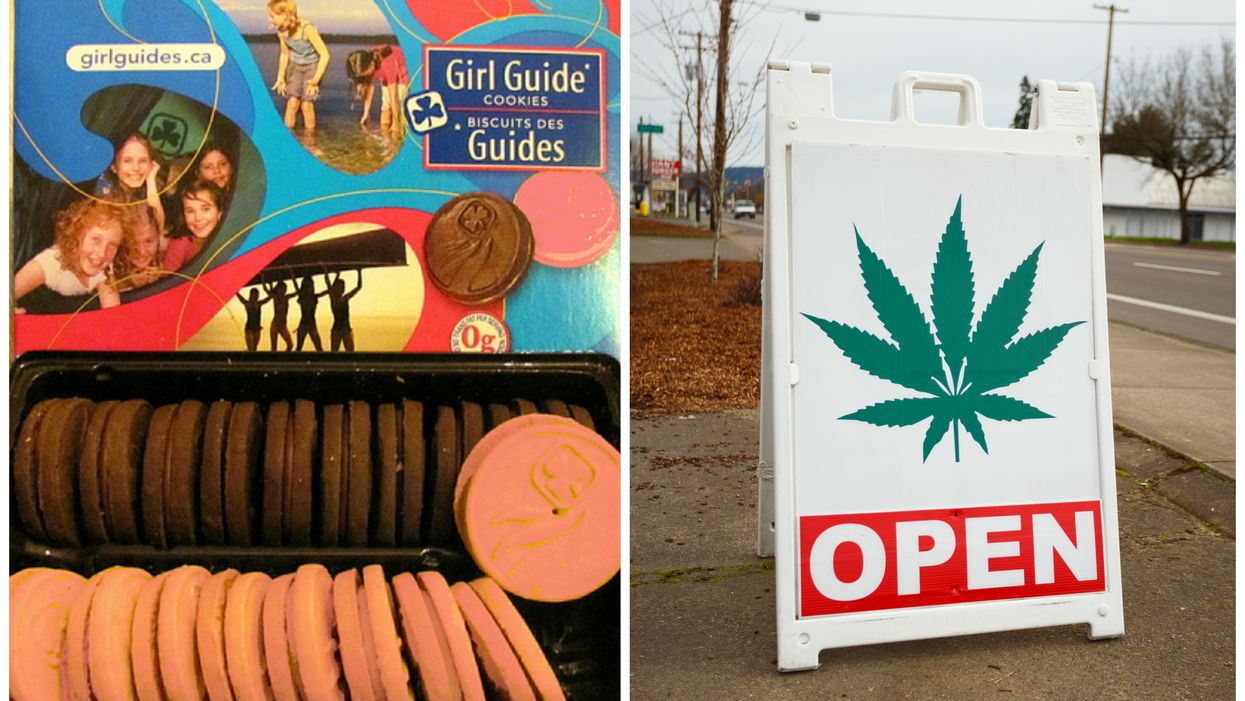 On October 17th, the day weed was legalized in Canada, a nine-year-old girl from Edmonton, Alberta sure knew how to be a savvy entrepreneur. Elina Childs sold Girl Guide cookie boxes outside of a legal cannabis retail store in Edmonton and it wasn't long before she had sold out completely.

The girl sold out in just 45 minutes and was able to make $120 dollars from 30 boxes, according to CBC News. The young girl pulled up with a wagon full of Girl Guides boxes to sell outside of weed retail shop Nova Cannabis, and in less than an hour, walked away with over $100. If that isn't considered business savvy, we don't know what is.

She walked up and down the lineup as well and people sure were stoked about it, according to CTV News. Her father, Seann Childs, was with her and he said the whole thing was well received. We're not surprised about that, cause those post-weed munchies can be real.

"People thought it was awesome. There were people telling her she was doing a great thing, that it was very innovative. There were cars stopping on the street to buy cookies from her," said Childs, her father. "It was really something else. I'd never seen anything quite like that."

This is 9 year old Elina, she’s a genius. She sold her Girl Guide cookies in front of an Edmonton cannabis store yesterday. She sold out! #smartcookie #munchies pic.twitter.com/cWq7bFpXuY

So if you're looking for some business inspiration right now, this Edmonton girl is your gal.