The boy was airlifted to intensive care after his school bus crashed on Monday. 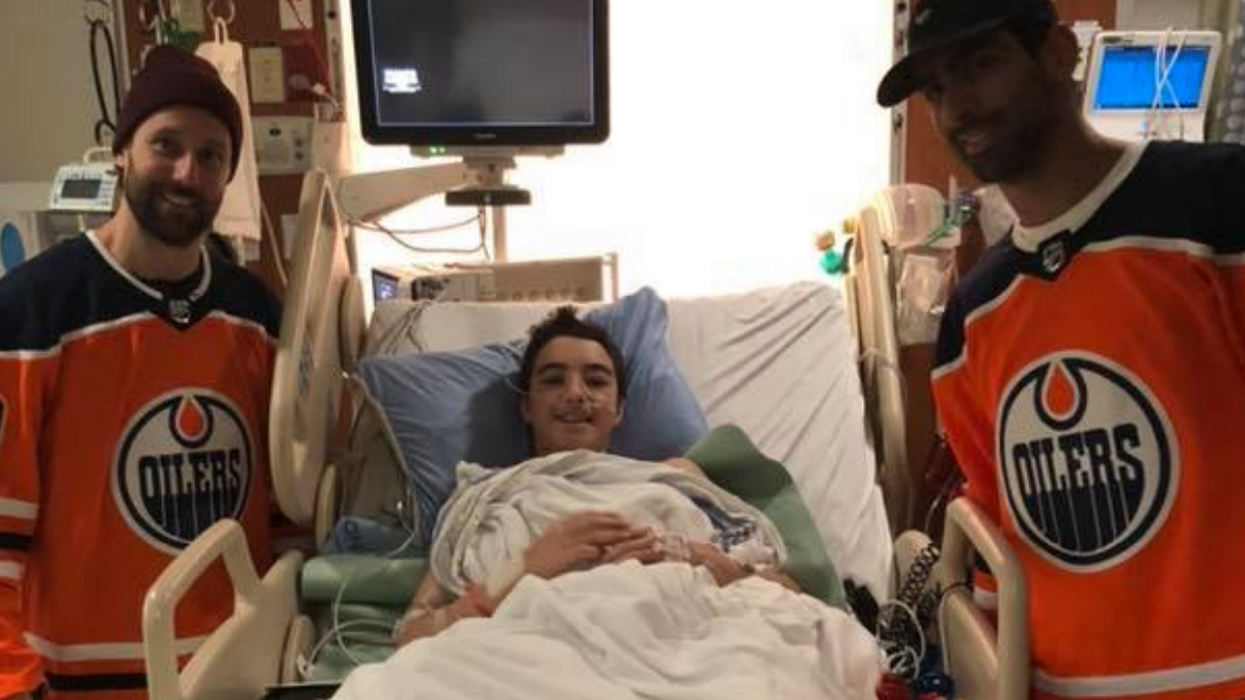 On Monday, a school bus accident in Alberta left several kids injured and in critical condition. One of the students, a boy named Jedd Serben, has spent the week recovering in the hospital after undergoing surgery for his wounds. The Alberta school bus crash was undoubtedly traumatizing for Serben and his family, but a surprise visit from the Oilers likely put a smile on their faces.

On December 2, 2019, a school bus in Smokey Lake Alberta carrying a group of kids was struck by a truck while crossing the highway at around 8:30 a.m. Everyone on board was injured, including Jedd Serben and his brother Jacob.

Jedd was in critical condition and had to be airlifted to Stollery Children’s Hospital in Edmonton.

According to a GoFundMe page for the family, Jedd was left with several broken bones and fractures including a broken femur, pelvis, collapsed lung and lacerations to his organs.

Following the crash, Jedd had surgery on his femur. He has since been moved to the pediatric ward where he is still recovering.

Serben's parents documented the heartwarming visit on Instagram. In the photo, Jedd looks happy with the two players supporting him at his bedside. The caption says that their visit "lifted his spirits."

The caption also says that Serben is recovering well. His internal bleeding has stopped. By Monday night, the nurses removed his breathing tube as he was breathing on his own.

While he is getting better, it will be a long road to full recovery. In one of the photos posted online, you can see Jedd and another kid playing video games in the hospital room.

Yesterday started as a nightmare. Both of our boys were onboard the School bus that was struck. Jacob, the younge… https://t.co/6znETwqLb9
— SerbenFarms (@SerbenFarms)1575433994.0

“They have a long road ahead and many miles back and forth to the Stollery from their farm in Smoky Lake. As farmers, they do not have an income while they are not running their farm store. When the store does reopen, they will have many added expenses over the next few months as they move through their healing,” states the GoFundMe.

According to Global News, 14 students were on board at the time of the crash. The driver was taken to the hospital with minor injuries.

Altogether, 16 patients were assessed by EMS or hospital staff. Serben's brother was incredibly lucky and sustained only a concussion.

While he still has a long way to go until he's fully healed, it's nice to see that Serben has plenty of support around him, NHLers included.