The crew and air traffic control staff were all women. 🙌 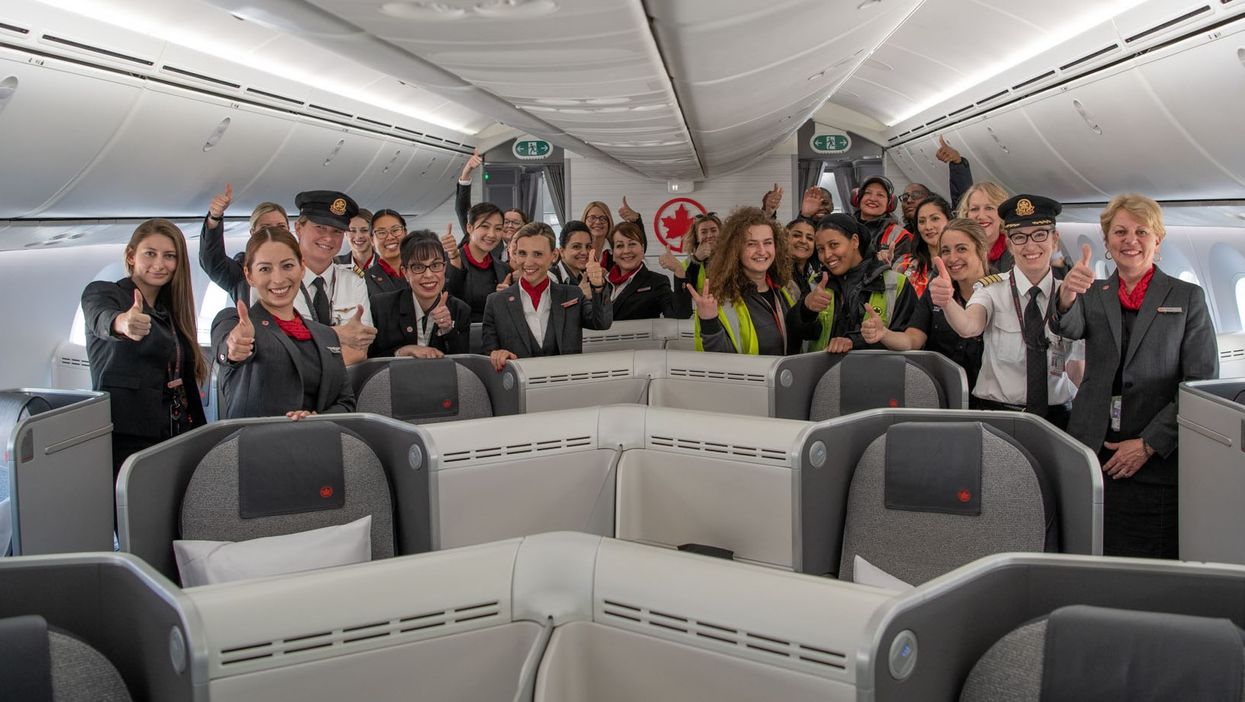 No one could accuse Canada’s best-known airline of not taking International Women’s Day seriously this year. History was just made with an all-female Air Canada crew and air traffic control team. The flight took off from Toronto and landed in Edmonton, meaning the capital of Alberta has a place in aviation history.

Air Canada said in a statement that it has put on a flight operated with all-female pilots and cabin crews for five years in a row to mark Women of Aviation Worldwide Week, which leads up to International Women’s Day.

But this year’s journey, flight AC167, was made historic by the fact that an all-female team of Nav Canada Air Traffic Controllers was working to safely guide the flight from Toronto to Edmonton.

Air Canada said this is the first instance of this happening on a transcontinental flight.

Captain Jean Nash told Global News it was a “special moment” and that it was “so fun to do.”

Calin Rovinescu, the president and chief executive of Air Canada, said women “have shattered glass ceilings throughout” the business.

He added, “We proudly salute and celebrate the achievements and contributions of the nearly 16,000 women who work at Air Canada around the world today.”

Each of the winners receives $5,000 for their studies in aviation.

Air Canada has committed $20,000 per year towards the scholarship over the next three years.

Cameron said she hoped the scholarship would “help other women overcome financial barriers to pursue their dreams, whether flying airplanes or fixing them.”

She added, "One day, I expect to be a passenger on an Air Canada airplane and hear them make the announcement, 'This is your Captain speaking.'"

The company was last year named as one of Canada’s best diversity employers.

However, it has faced criticism in the past. In 2018, the Canadian Union of Public Employees alleged that the airline’s official policy for uniforms and makeup was discriminatory towards women.

The union later released details of the allegations against Air Canada.