Edmontonians Lost $34.3 Million To Scams In 2019 & These Are The Biggest Ones 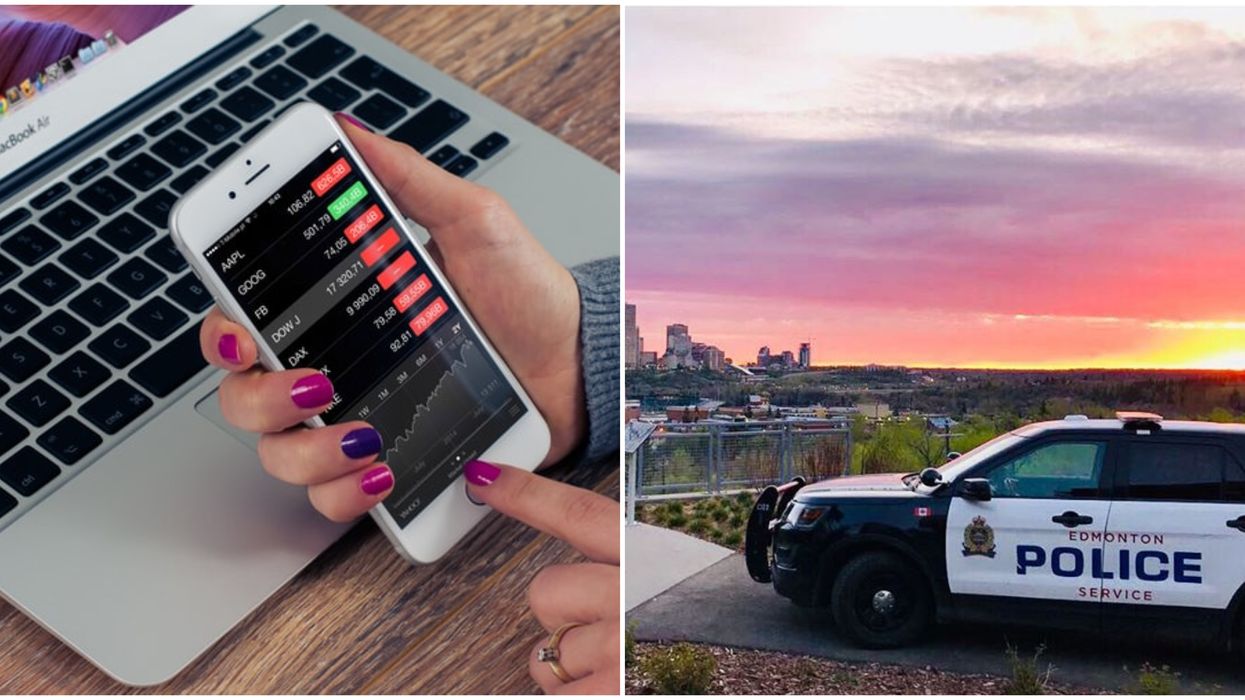 Those annoying spam calls can have a real cost. In Edmonton alone, scammers squeezed $34.3 million from people in 2019. As part of their fraud prevention month, police are sharing the biggest Edmonton scams from last year so you know what to look out for. You can finally start saving for your vacation and not somebody else's.

People were scammed out of five times more money last year than they were in 2018, according to Edmonton Police. Now, police are trying to curb the losses by educating the public on how to keep your money safe.

We all know how annoying it is getting calls from someone claiming to be from the CRA. But police say scammers are often very elaborate in their schemes, and that we should always keep vigilant.

"The most important thing is that we always tell people to verify everything," said detective Linda Herczeg to Narcity, "if someone phoned you or gets a hold of you in relation to baking, and we encourage you to hang up."

She elaborated that we should then call our banks in order to confirm the call came from them.

In response to the increase in online scams last year, Herczeg said to: "find someone who can educate you or share with you how to be safe on the internet."

She said online scams went up possibly due to increased reporting, as well as a shift toward buying things online rather than in person.

There's also been a reported increase in scam callers in Canada, and the nation is trying to fight back.

Edmonton Police launch Fraud Prevention Month in our city. Thank you to all those who try to educate the community.… https://t.co/NjKQDraPUS
— Julie Matthews (@Julie Matthews)1583174320.0

Online romance scams are also costly — a press release revealed that one victim lost over $270,000 in a single scheme.

"People are wanting to find someone to have in their life, whatever type of relationship that it is," said Herczeg.

Sometimes, when someone shows interest in us, people don't spend as much time questioning their motives, she continued. Herczeg recommends Googling their names to make sure they aren't associated with any previous scams.

Here are the most common scams seen in 2019:

Seniors are being cautioned against providing personal information over the phone to anyone claiming to work for a… https://t.co/0my82a8Syw
— Edmonton Police (@Edmonton Police)1547681545.0

Police say that if you've been the victim of fraud, you can either report directly to your financial institution, contact the police, contact the Canadian Anti-Fraud Centre online or at 1-888-495-8501.