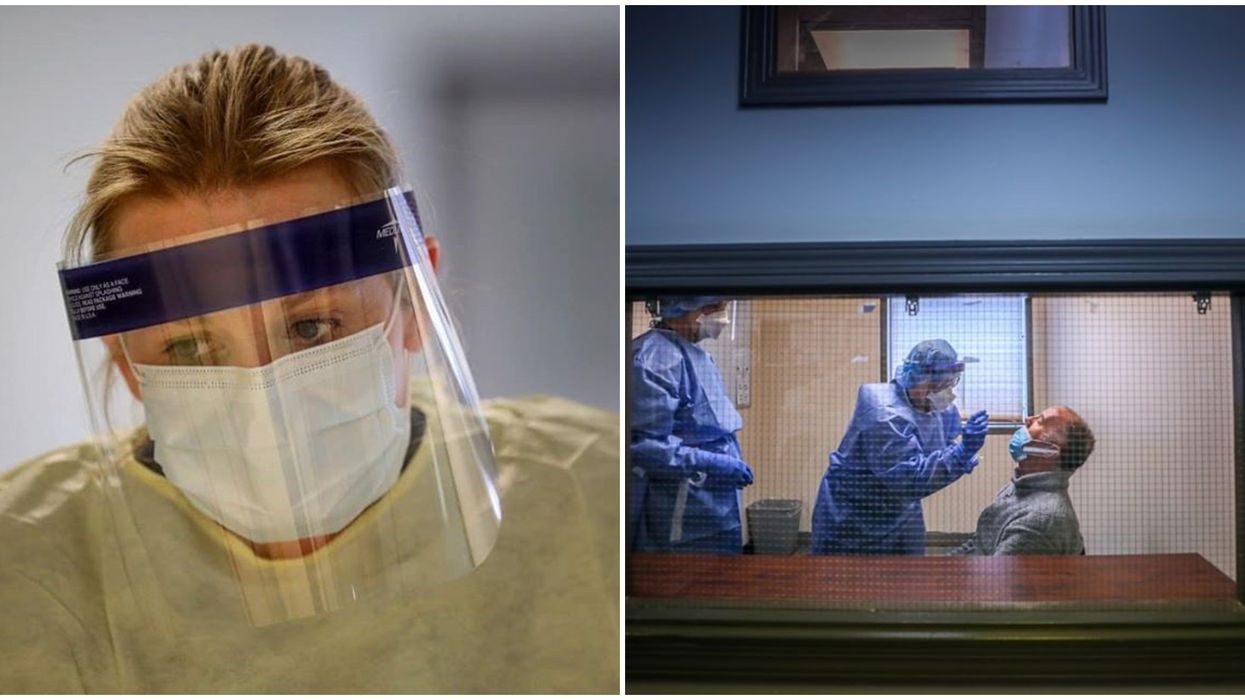 Edmonton nurses are speaking their minds as the province combats the pandemic. On Saturday, March 21, the United Nurses of Alberta released a campaign urging the federal government to provide personal protective equipment, including N95 masks for healthcare workers. Around 30 Edmonton nurses have now refused to swab patients until they're provided with the masks by Alberta Health Services (AHS).

In an email sent to Narcity, Heather Smith, the President of United Nurses of Alberta, explained that nurses are deeply worried that current safety guidelines may put their health at risk, particularly by restricting the use of N95 masks.

She said that a few nurses have exercised their legal right to refuse to work in specific situations when they evaluated that they would be at risk without N95 respirators. In their statement, they said that this happened on about 12 occasions.

CBC News reported that about 30 nurses have refused to swab patients unless they're provided with the masks.

The union's campaign to seek greater protection for its nurses is posted in the form of an open letter on their website, which anyone can sign in support of Canada's nurses and health care workers.

They want all workers at risk of exposure to at least be given "fit-tested N95" respirators and increased funding for the purchase or production of other personal protective equipment.

The union emphasizes that in no case has a nurse "walked off the job."

CBC News also confirmed with AHS that the Nasopharyngeal Swab often used to test whether a patient has COVID-19 does not legally require the use of an N95 respirator.

The N95 masks apparently fit more tightly and prevent against airborne transmission of the virus.

As of Monday, March 23, the United Nurses of Alberta have asked AHS to "designate airborne precautions and the use of N95 masks at all times" in areas such as ICUs, emergency rooms, and trauma centres where COVID-19 patients are treated.

However, Global News explained on Sunday, March 22 that AHS has already concluded their investigation and determined that the nurses do not require N95 masks and that regular surgical masks would do the trick.

The matter is currently under investigation by Alberta Occupational Health and Safety. Meanwhile, the nurses who are refusing to swab patients are working alternative duties.

Alberta has reported 259 COVID-19 cases so far, as of Monday, March 23. The province declared a state of emergency just last week.