He's releasing a heart wrenching documentary about his recovery. 💔 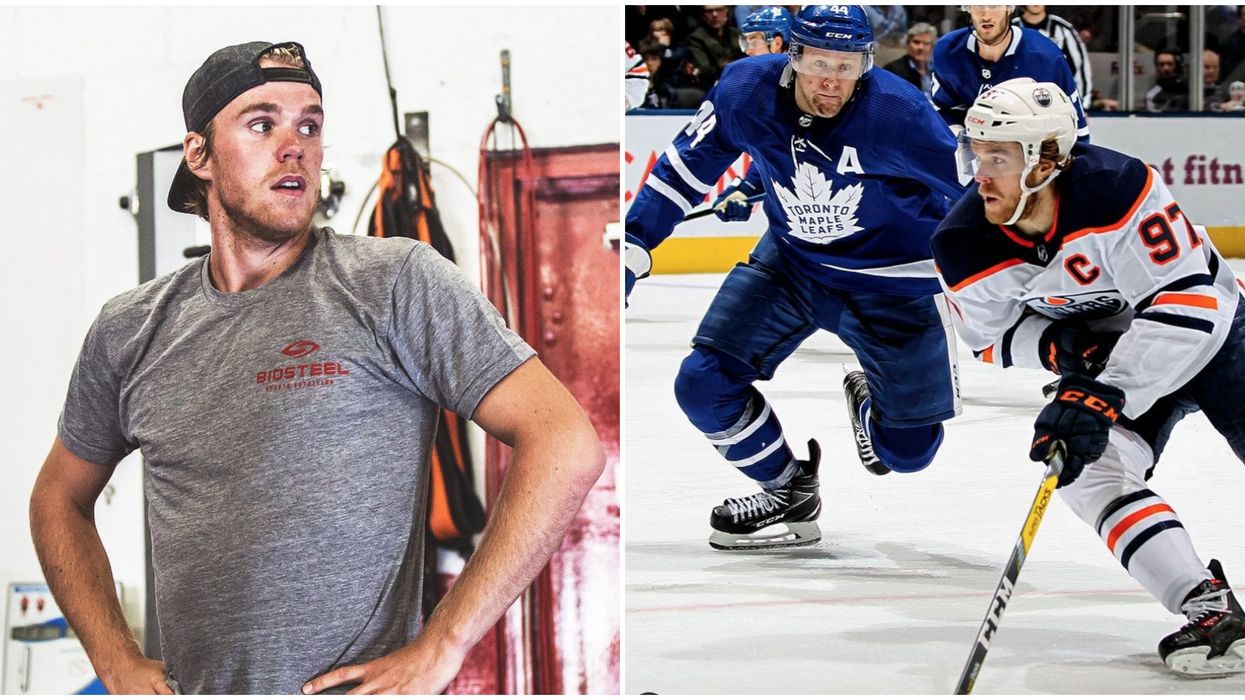 It has recently been announced that TSN ranked Connor McDavid the best player in the NHL. The Edmonton Oiler has had an incredible season and continues to dazzle fans every time he steps on the ice. What you wouldn't know by watching him is that he suffered an extremely serious injury on April 6, 2019. An upcoming McDavid injury documentary will show just how horrific his injury was, the inspiring drive he had to get back on the ice, and the emotional story behind it all. The trailer has officially dropped and we are officially sobbing.

The player’s tragic and terrifying injury took place when he slid into the net, slamming his leg into the metal post during a game against the Calgary Flames.

“I held it together until we got through the tunnel, then I was a mess.”

He had torn his PCL in half, completely torn the back of his knee joint, and cracked the front of his Tibia, the trailer explains.

Because McDavid's recovery was extremely quick and he came back playing just as fiercely as ever, many people didn't realize just how serious his injury was.

The upcoming documentary presented by Addidas on SportsNet is titled Whatever it Takes and it will walk us through the frightening, tragic, and ultimately motivational journey that took McDavid from where he was, laying on the ice in agony, to where he is now.

Been working on this for a while now and I’m excited to share it with you all #WhateverItTakes https://t.co/CFHj7PVuno
— Connor McDavid (@Connor McDavid)1579636198.0

According to a tweet made by Ryan Rishaug of TSN back around the time of the injury, McDavid was told about ten days after he was hurt that “major reconstructive surgery” would be required the mend his torn PCL.

“It would have cost him the entire 19/20 season and would have involved grafts and screws, and could have fundamentally changed the way his knee worked and the way he skated,” read the tweet.

It went on to explain that after seeking out three more opinions, the hockey star opted to take the path of rehab rather than surgery.

From the trailer it is clear that the rehabilitation process was long and gruelling. Though, McDavid persevered.

"No one has done what Connor has done to rehabilitate himself back from a serious knee injury in that period of time," the trailer explains.

We see chilling and inspiring images of McDavid flying back onto the ice for his first game back and the crowd going absolutely wild.

Watching inspiring stories like these give us just a tiny peek into the realities that professional athletes face.

The Edmonton Oilers have been having a remarkable season and we're always on the edge of our seats when we watch them throw down with the Flames.

Stay tuned for this emotional documentary, it's going to be epic.