It's been a rough few days for Oilers fans. 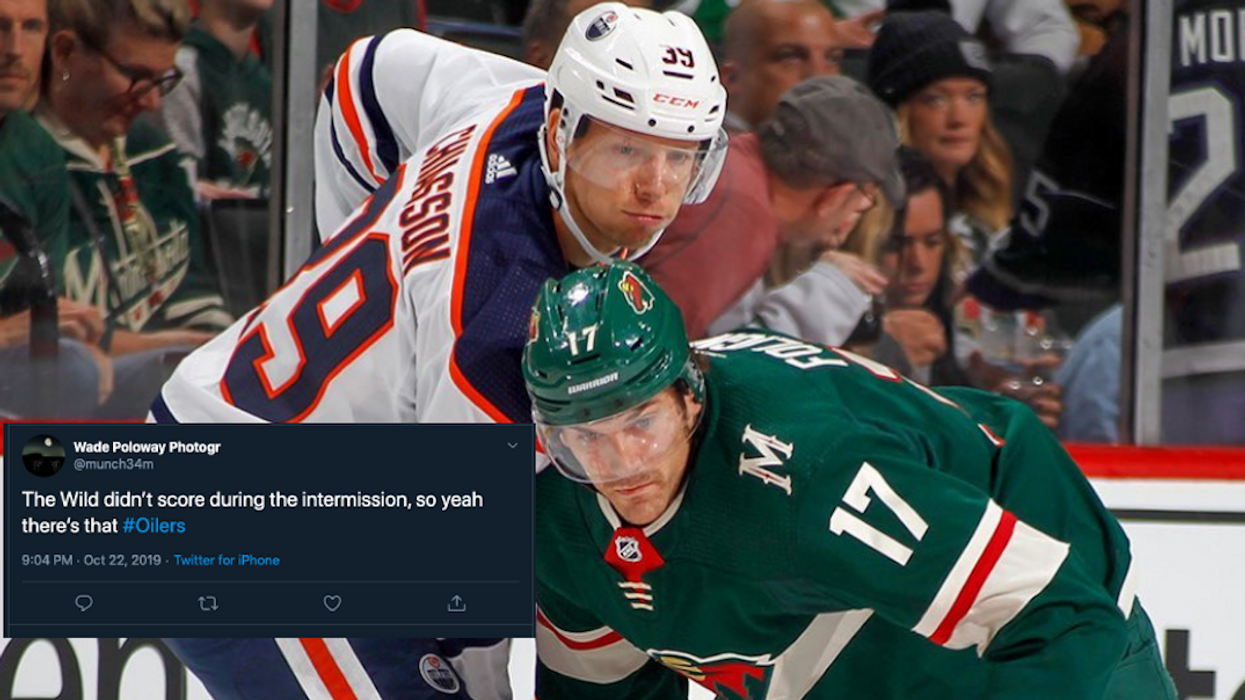 If you're a fan of the Edmonton Oilers, you may be feeling a little down in the dumps this week. On October 22, the Edmonton Oilers got shutout by the Minnesota Wild. Not only is this loss a tragic early-season occurrence for fans, but it’s also the second game in a row that fans have seen an, unfortunately, Oilers shutout. Getting a shutout in two games back-to-back is a hard pill to swallow for players and fans alike.

The Wild beat the Oilers 3-0 in last night’s game on their home ice in Edmonton. To throw a little salt in the wound, the third goal scored on the Oilers last night was by Brad Hunt, a former Edmonton Oiler. As you'd expect, the internet is filled with opinions, commiseration, and jokes. The online community of hockey fans often fancy themselves to be virtual coaches, sharing their sage advice with the cyber world.

During last night's game, countless Oilers fans posted online saying that the NHL team needed to step their game up, that they were playing without urgency, and that they seemed to just be letting the Wild to their thing.

Whether or not those statements are true, the Oilers were looking at a score of 3-0 after the first period and the score remained the same at the end of the game. But, as the old saying goes, with great tragedy comes great tweets. Or something like that.

Here are some hilarious memes and tweets that emerged after last night's game between the Edmonton Oilers and the Minnesota Wild.

Take a Look at Those Scoring Highlights

A Little Reality Check to the Face

Anger, Sadness and Everything in Between

A Timely Hypothesis for Election Season

Though Oilers fans took a bit of a blow last night, the community is still as strong as ever. If you're looking for something to add to your Alberta bucket list this year, you might as well put attending an Oilers game on there.

As the Edmonton Eskimos name drama continues, Edmonton's sports scene is something to keep a serious eye on.