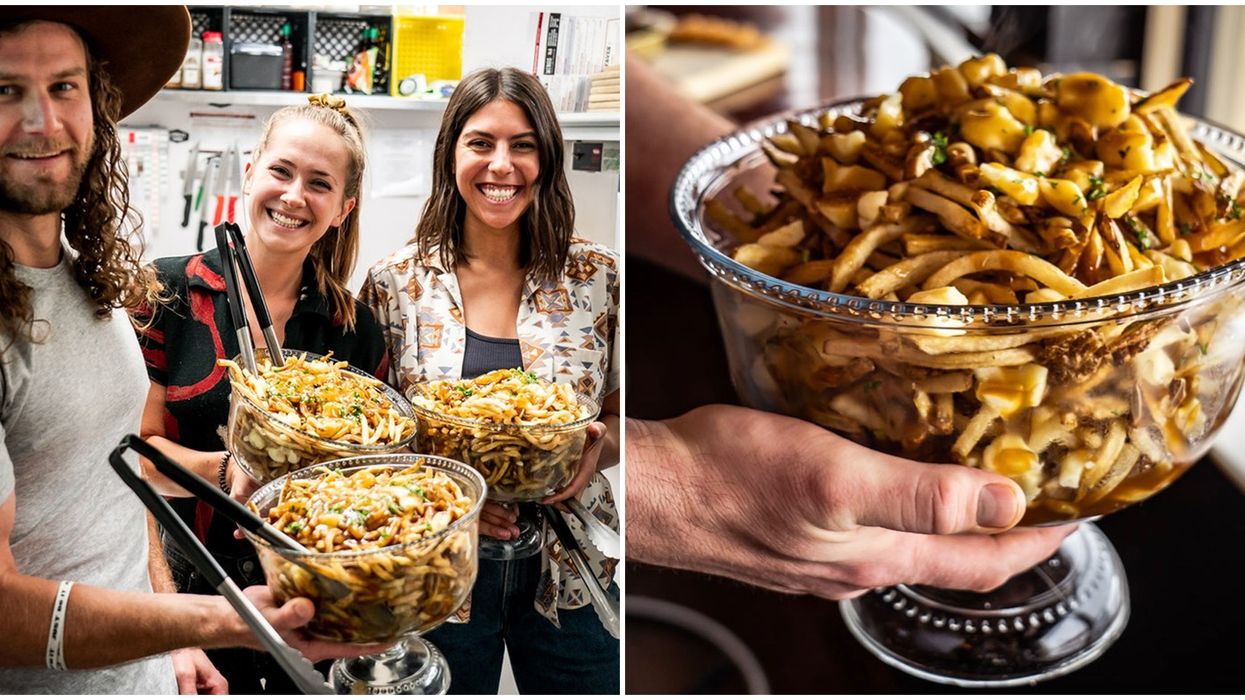 There is nothing like the delicious combination of crispy french fries covered in rich gravy and squeaky cheese curds to make you drool. Soon there will be a new spot to satisfy your craving for the ultimate Canadian comfort food. Starting this summer, you'll be able to eat over five pounds of poutine in Edmonton.

Leopold's Tavern is known for its outrageously large poutines. They will be opening a new restaurant soon so Edmontonians can finally get their own spot without having to drive down to Calgary to taste the cheesy goodness.

At their upcoming Strathcona location, you'll be able to get the most epic fries, gravy and curds you have ever seen.

Their poutines are so massive that they come served in giant punch bowls. It is a mouthwatering bowl of four pounds of potatoes, one pound of cheese curds, and one pound of gravy.

You'll want to split it with a group of six to eight people. But Leopold's Tavern told Narcity in an email that some people have been able to devour the entire meal solo, too.

There are a few options to choose from, each more over-the-top than the next.

You can opt for the traditional with the classic beef gravy or one with mushroom gravy for $53.75.

When splitting among five friends, that means you each would get one pound of poutine for a few bucks.

On the menu, you'll also find a few special-flavoured poutines that are even bigger! They are $63.75 and come with over five pounds with all their extra toppings.

There is the Philly Cheese poutine. It has prime rib, mushrooms, caramelized onions, peppers, cheese curds, beef gravy and a spicy chipotle sauce.

Another must-try is the Buffalo chicken ranch. This poutine is loaded with buttermilk fried chicken, cheese curds, ranch dressing and buffalo sauce.

Or you could enjoy the cheeseburger poutine that combines the flavours of two comfort food classics. It has ground beef, pickles, onions, tomatoes, cheese curds, beef gravy and burger sauce.

There is no word on the exact opening date of the new location, so you will need to check the restaurant's website for updates.

Why You Need To Go: They have the most epic poutines you have ever seen!