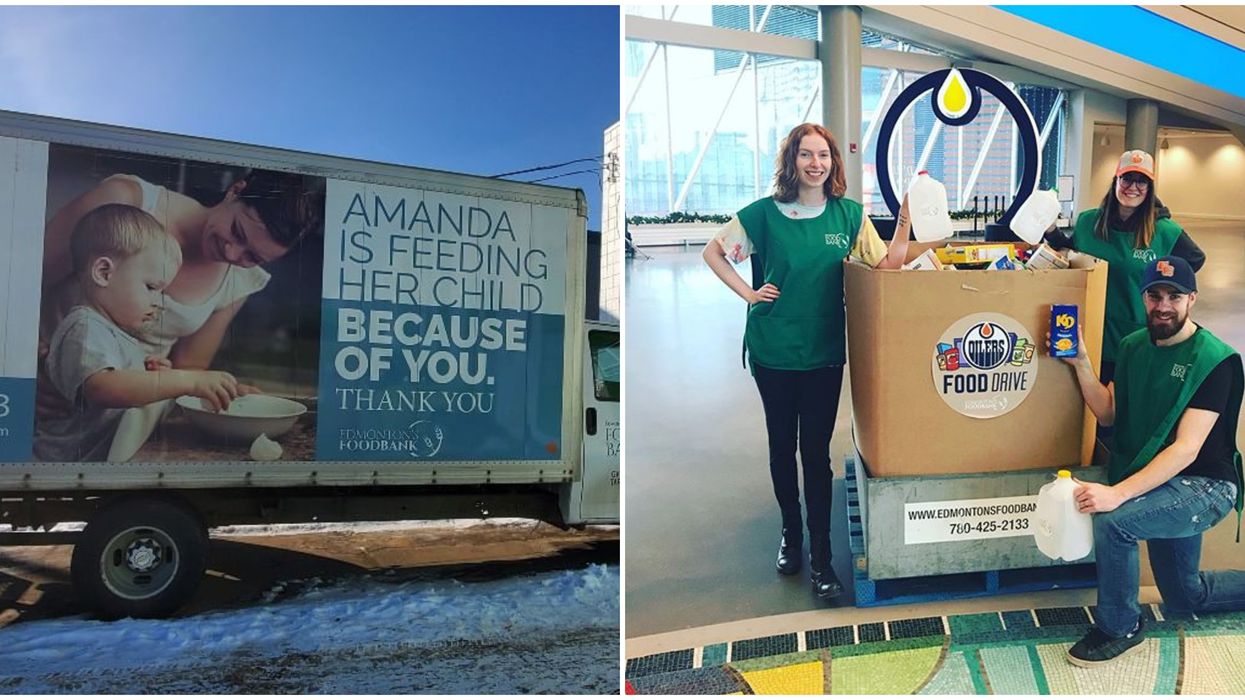 Someone has been stealing parts from charity vehicles in Edmonton. On February 25, the Edmonton Food Bank was forced to turn to social media to make a plea to the public after getting their catalytic converter stolen from their truck. This was the third time in under six months that the Edmonton Food Bank vehicles have had the same part stolen. Each theft has impacted the locals in need who were awaiting food deliveries.

We spoke with a representative from the Edmonton Food Bank who gave us more information on how these thefts have impacted the organization's services.

"It's a really unfortunate situation because when it happens, our truck is obviously not on the road. Food isn't being picked up, food isn't being delivered," they told us.

According to the Edmonton Food Bank's website, they help over 20,000 people every month by distributing food and snacks to the city residents.

40% of the people who receive their food donations are children.

"It tampers what we're supposed to be doing," continued our source from Food Bank. They explained that their money which should be going towards helping people is now being diverted towards fixing the truck.

The theft of catalytic converters has been a concern for Edmonton residents in recent months.

As CBC News reported back in January, over 500 catalytic converters have been stolen in the last three months of 2019.

The Food Bank told us that they have surveillance footage of their catalytic converters being stolen. Though the people taking the parts had their faces and license plates covered. The thefts took place at their warehouse.

"They target us, they target charities," said the representative from the Food Bank. "People should not steal. If people are stealing because they need resources, that's what we do: we help people who need resources, so they can come to us. We can help them."

They also called these thefts an "epidemic."

So in addition to liquor store robberies and memorial plaques being stolen, Edmontonians also have to contend with essential car parts.

Narcity spoke to Scott Pattinson from the Edmonton Police Service, who told us why these car parts are being targetted.

"It is certainly a crime epidemic. The catalytic converters are made with precious metals and criminals have gotten wind of that," he said.

He added that Edmonton is not the only jurisdiction that has seen a rise in thefts. He urged us to be cautious about these thefts by keeping our driveways well-lit and being observant in our neighbourhoods.