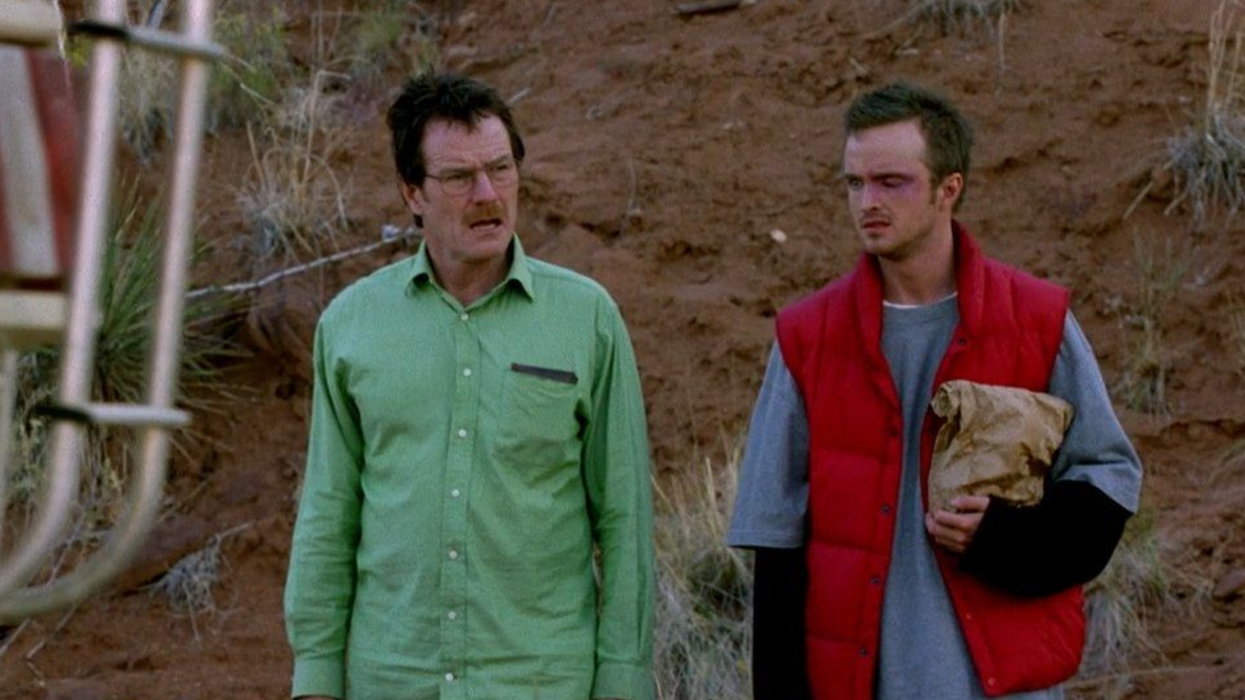 When Breaking Bad came to an end back in 2013, fans of the show immediately started begging for a follow-up. We did manage to get Better Call Saul in 2015, although that hasn't answered a lot of our burning questions about Jesse Pinkman and Walter White. Our cries have finally been heard though — El Camino: A Breaking Bad Movie is coming to Netflix Canada this October.

The trailer for the highly anticipated movie was dropped over the weekend by Netflix, taking the world by surprise. News leaked just last week that the movie had already finished filming, which gave fans hope that we'd be seeing it sooner rather than later.

The trailer doesn't give too much away, but it's just enough to get some serious hype going about the upcoming movie. It shows Skinny Pete, a friend of Pinkman's sitting in an interrogation room. As loyal as ever, Pete denies knowing anything about Pinkman's whereabouts.

Luckily, Netflix also released a synopsis for the film so we have a pretty good idea of what to expect, although there will definitely be some major twists coming our way.

"The Netflix Television Event EL CAMINO: A BREAKING BAD MOVIE reunites fans with Jesse Pinkman (Emmy-winner Aaron Paul). In the wake of his dramatic escape from captivity, Jesse must come to terms with his past in order to forge some kind of future. This gripping thriller is written and directed by Vince Gilligan, the creator of Breaking Bad. The movie is produced by Mark Johnson, Melissa Bernstein, Charles Newirth, Diane Mercer and Aaron Paul, in association with Sony Pictures Television.”

The comments that people have left underneath the trailer are priceless. Diehard fans of the show are making the best references to past seasons, but people also couldn't help but note that it seems like Netflix is giving Disney+ a run for their money ahead of their November launch.

El Camino will be coming to Netflix on Oct. 11. You can check out the trailer for yourself below.