She took a page out of Blake Lively's Book! 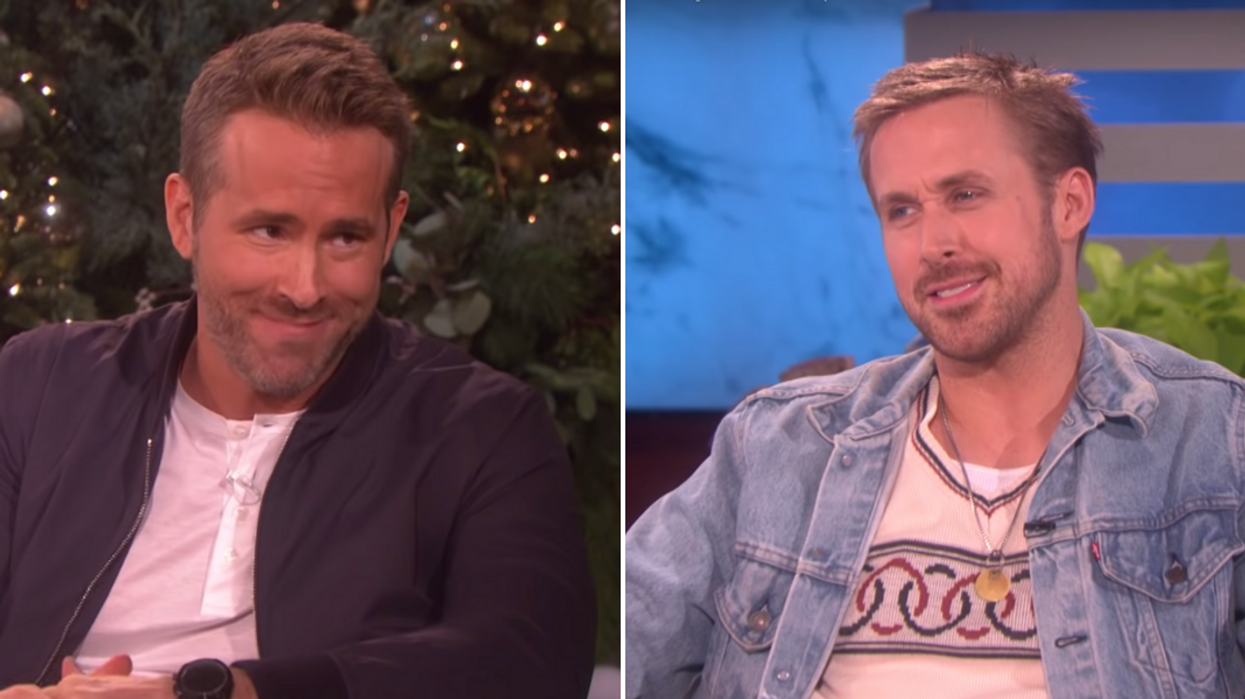 Reynolds spent the day retweeting, reposting, and responding to the world's well wishes and even some trolling messages, but nothing beats the photo Ellen posted for the Canadian's 43rd birthday.

The photo Ellen posted is of her and Ryan Gosling. On one of his visits to her show, he at one point picked up the television host in his arms and that's the image Ellen decided to use as a happy birthday message for Ryan Reynolds.

She captioned the photo with a simple, "Happy Birthday, @VancityReynolds" even tagging him in the tweet.

If you're a fan of either Reynolds or DeGeneres, you're probably used to their trolling antics. They're both known for their sarcastic humour that gets more and more hilarious each time.

Reynolds actually responded to the tweet saying, "Statistically speaking, that's actually the safest place to be during an earthquake."

He completely ignored the fact that it wasn't him in the photo, making the situation even funnier.

This isn't a new joke for Reynolds. He and his wife Blake Lively have done this for almost every special occasion they celebrate together. Either they'll share photos of one another with their heads cut off for their anniversary or Lively will post a photo of herself with Gosling for Reynolds' birthday instead. Reynolds has also done this with his BFF Hugh Jackman!

Fans on Twitter also got in on the fun and made memes involving the two Canadians.

Someone even took the tweet as a compliment for Canada saying, "All this proves is that Canada produces handsome guys named Ryan."

In cases like this, it would be iconic if Gosling had social media to interact with these two, but we totally get his want of privacy for him and his family.

Special occasions must be a strange occasion in the Reynolds household, but hilarious nonetheless!

We can't wait to see what Ellen posts for Gosling's birthday on November 12 or if Reynolds himself decides to get revenge!