Musk made the comments at the South By Southwest conference in March. 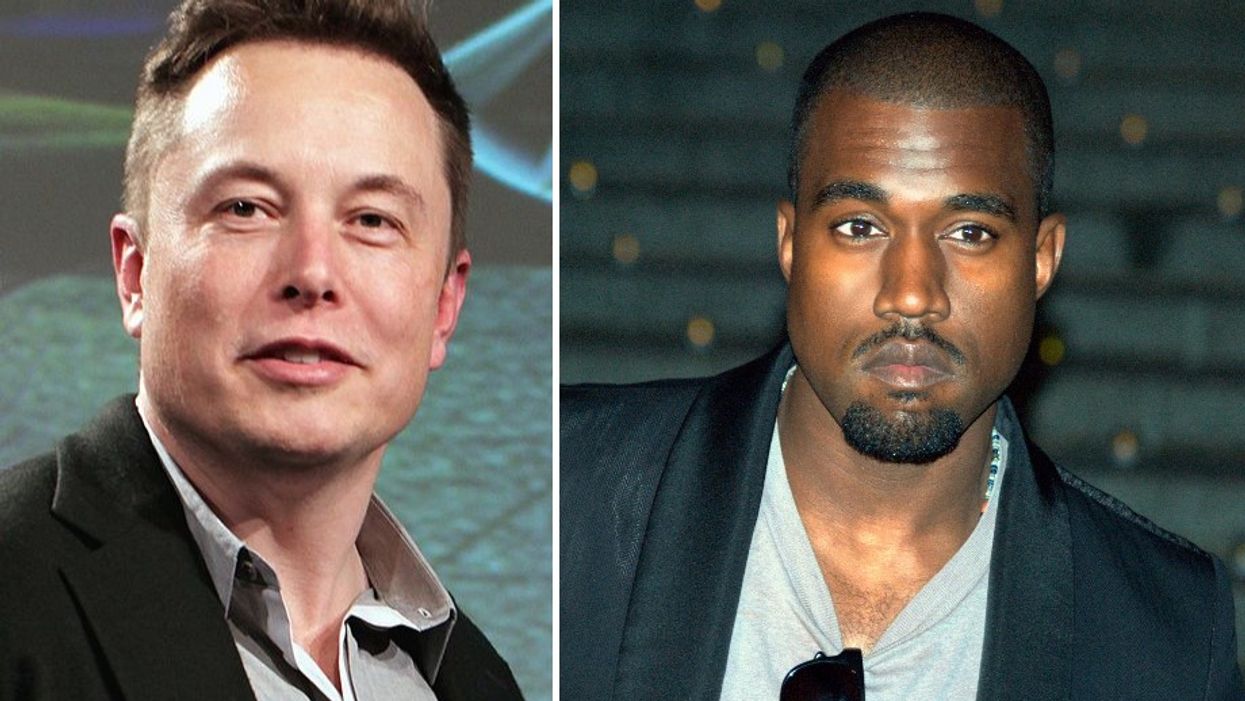 There may be a bromance in the air but between two very unlikely people. Back in March of this year, Elon Musk stated that none other than Kayne West was his biggest inspiration.

While Musk made the remarks back in March, the video of him is recirculating after Kayne tweeted it out today. Fans and Kayne himself seem to love the idea that the rap star is Elon's biggest inspiration but the problem is people can't tell whether or not he was kidding when he said it.

The question of who is Elon Musk's biggest inspiration was posed to the tech genius and Tesla CEO at the South By Southwest (SXSW) conference in March of this year. He responded by saying "Well, Kayne West, obviously."

The response was met with laughter by both the interviewer and the crowd who obviously thought Elon was kidding, but after seeing the clip on Twitter today, people believe he was 100% serious and they're actually mad that people are laughing.

Why the audience laughing? pic.twitter.com/a53M6XZzLh

This was back at SXSW 2018, in March. People laughed but Musk was serious as can be.

As further evidence that Elon was completely genuine in his admiration of Kayne, one Twitter user reminded fans of Kayne's Time 100 bio way back in 2015 which was written by none other than Elon Musk.

y'all do remember he penned Kanye's @TIME feature, right?

In the bio, he gives a glowing review of Kayne, raving about how he deserves his spot on the Time 100 list and writes about how Kayne has been an influencer since his debut album and also about the rapper's outstanding tenacity.

He also wrote, "Kanye does think. Constantly. About everything. And he wants everybody else to do the same: to engage, question, push boundaries." That sounds a lot like the same philosophy Elon Musk lives by and pushes for with his company Tesla in which case it would make perfect sense that Kayne is the engineer's biggest inspiration.

It appears the admiration way go both ways in this case too. In April of this year, not long after Elon the SXSW conference, Kayne tweeted that he loved his Tesla. He thanked Elon and said he was living in the future because of him.

I really love my Tesla. I'm in the future. Thank you Elon.

While Elon has not confirmed either way whether he was kidding or not, and fans aren't sure what to believe, the current evidence seems pretty clear that this bromance is very real.