They're killing millions of trees. 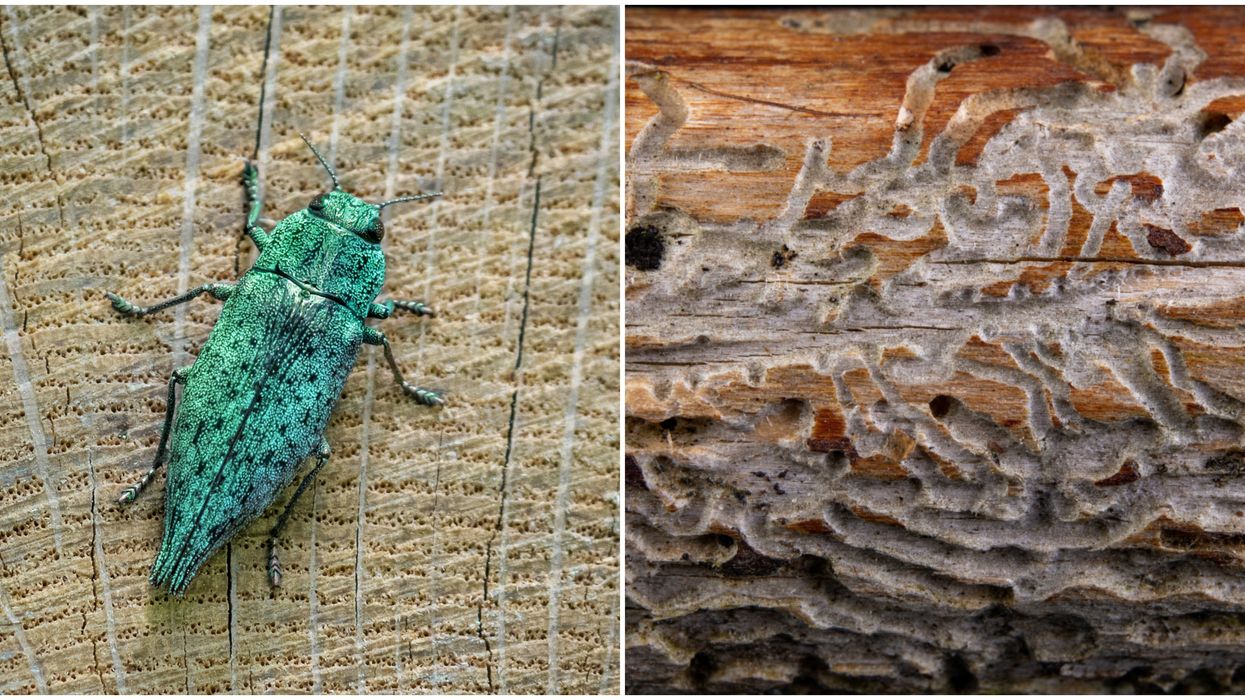 It's pretty scary to think that invasive species can quickly do exponential damage to our environment. To all the invasive animals, plants and insects invading our space in the South, "you can't sit with us." Unfortunately, it's a lot easier said than done to get rid of them and the Emerald Ash Borer in North Carolina is killing off endless amounts of its trees right now.

The Emerald Ash Borer is a metallic green, elongated beetle that takes great pleasure in destroying North Carolina's Ash Trees. The alien-like creature is tiny and can do so much damage.

The non-native species feeds on the tissue of ash trees which ultimately kills them off.

According to the City of Durham, the bugs have already stolen the lives of tens of millions of trees across the country and has gradually spread to North Carolina. We need trees to breathe of course (hello, kindergarten science) so this is a major issue.

The Emerald Ash Borer species, native to some Asian countries including China and Japan, feeds on all types of ash trees in the US, plus the White fringetree.

They spread by flying or by accidental transportation of infested wood and timber.

They lay eggs on the trees and the larvae "bore" into the bark to feed on the tissues (creating interesting patterns along the trees), which stops the flow of nutrients and water. At this point, death is inevitable.

The North Carolina Forest Service keeps track of the insects' whereabouts and consistently updates the map. The current map (as of Dec. 2) shows that Burke, Gaston, Henderson, Polk, Randolph, Rutherford and Wilkes counties are infested with the creepy and dangerous bug.

North Carolina isn't the only one suffering. This USDA map shows all the affected parts of over 20 states in the Eastern and Midwestern US.

Now let's shift to something a bit more positive. We are so pumped for Charlotte's brand new MLS team and we can already see them kicking butt.