California Rep. Wants To Give You A $2,000 Check Every Month During COVID-19

It would apply to all eligible Americans. 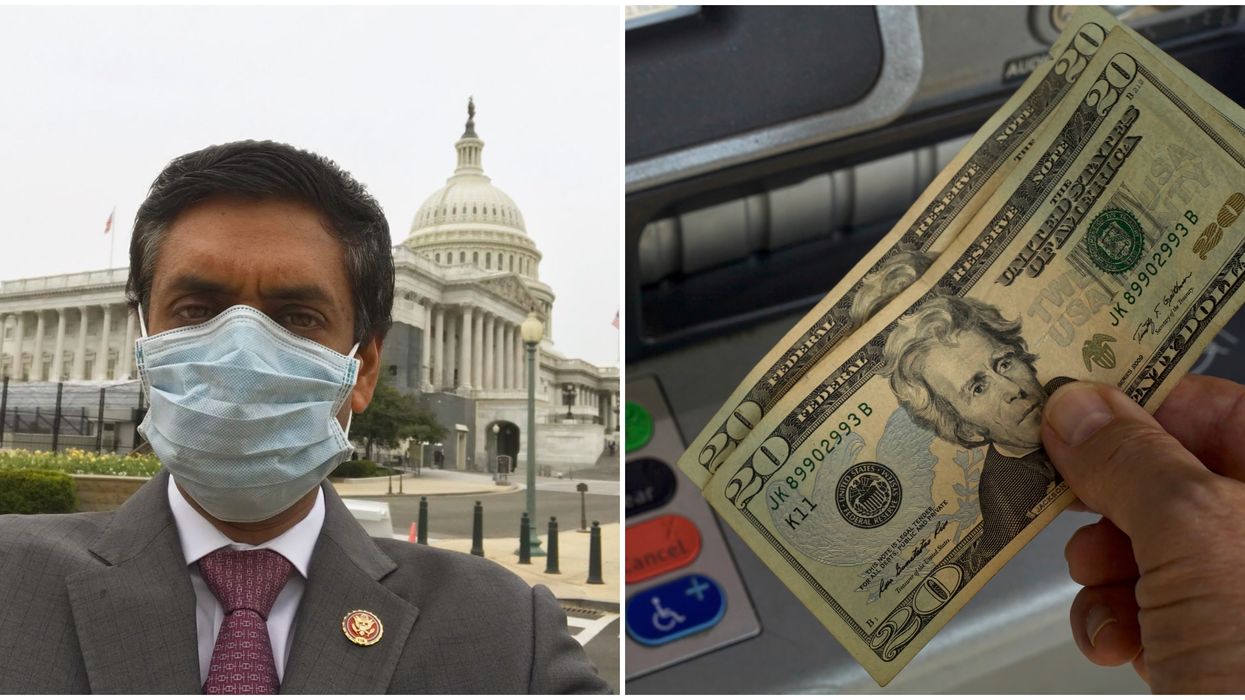 A second set of stimulus checks could be on the way soon. California Rep. Ro Khanna and Rep. Tim Ryan of Ohio just proposed Americans receive a $2,000 check every month during the COVID-19 health crisis. The Emergency Money For The People Act would last for a minimum of six months and could last until employment levels return back to normal.

How would it work?

Single Americans could receive up to $2,000 per month and families could get up to $5,500 per month.

Khanna's press release says that every single American over the age of 16 who earns less than $130,000 per year would be eligible for the $2,000 monthly benefits check.

This proposal is more inclusive than the CARES Act, which passed out the first round of stimulus checks to people in need.

College students and people with disabilities could get the emergency cash, even if they were claimed as dependents by their parents or did not earn any money by working in the previous year.

It would be easy to get the new federal assistance money too.

If the bill is passed, the federal government would hand out the funds via direct deposit.

But you could also receive it through cash apps on your phone like Venmo or Paypal.

Khanna went on to say that the bill currently has 17 Democratic sponsors. It is being reviewed but no decisions have been made just yet.

This extra bit of financial assistance would be completely separate from any state unemployment or pandemic assistance you could receive.

And if it is anything like the CARES Act, you wouldn't have to pay it back either.

While the state is still under lockdown, this is one of many efforts to provide assistance to residents in need.