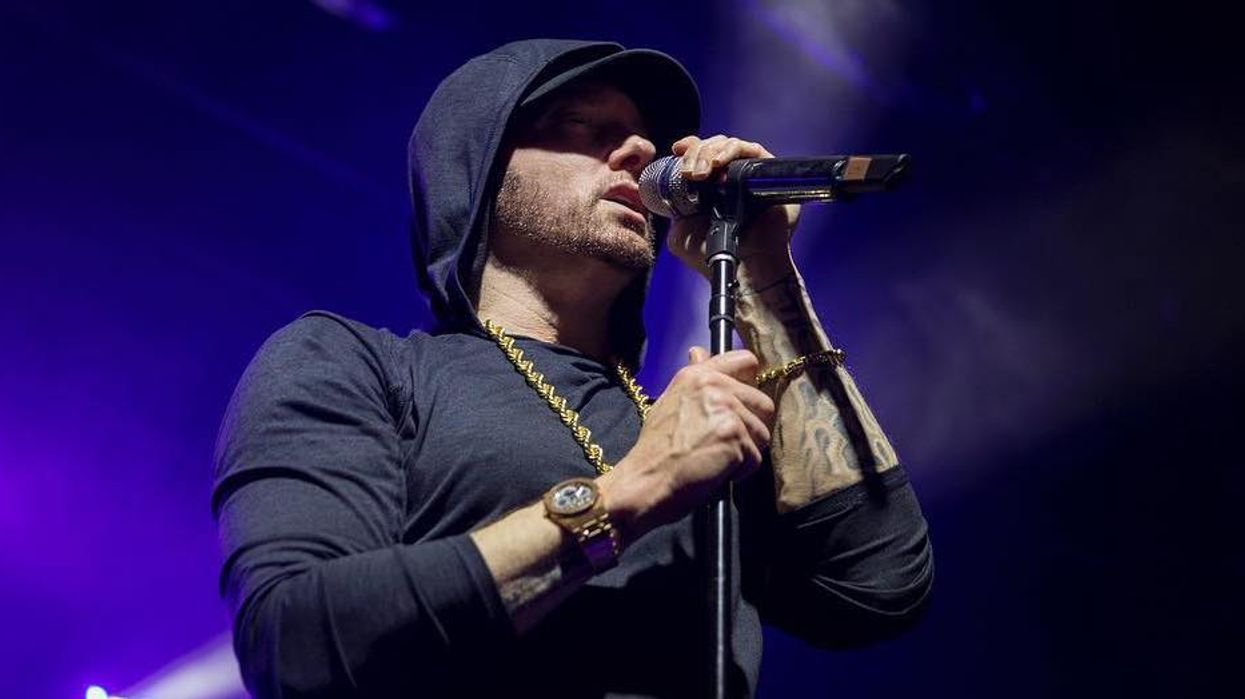 As you may know, last week Eminem and Nicki Minaj started flirting on Instagram and their fans went CRAZY. Who would've thought that these two potentially getting together would create such a stir.

It all started when a fan commented on Nicki's Instagram asking if she's dating Eminem. Nicki quickly confirmed by saying "yes" and her fans went wild. It didn't take long for Eminem to get in on the rumours. He responded on the same thread. Eminem responded to the dating question by saying, "@nickiminaj girl you know it's true." Slim Shady and Nicki went back and forth on the thread and stirred up some more dating rumours.

Yo @NICKIMINAJ! @Eminem wants you to text him back to talk about this.....📱

Yesterday, Eminem was on stage when he asked the crowd a major question. He asked, "How many people in Boston want to see me date Nicki Minaj?" The audience clapped and screamed in response! He simply responded, "Goddammit, me too!"

He concluded the statement by saying, "Nicki, if you get this message, just text me later and we'll talk about it."

LMFAOOOOOOOOOOOOOOO. The fact that he’s silly & a goof just like me😩. Love him so much. Em we need you on the #Queen album. That’s where our 1st date will be; at the studio while I gaze into ur beautiful eyes as u write ur verse. 😭🤣😩😭😭 https://t.co/iFYi0OlzXQ

Nicki responded with this tweet. I think it's safe to say that this whole interaction is definitely a joke. But on the off chance that they're being serious, at least we know how it all started.

But hey, if they don't get together - maybe we're in for a legendary collab.