The Clown Epidemic Has Hit The 613

Have you seen one yet?

We've all heard about the internet's newest and weirdest trend - creepy clowns. Yes, clowns. While we can get used to vines of kids in vans and memes about Arthur, there's something about clowns that's just so... creepy.

People all over North America have been reporting sightings of clowns, ranging from creepy threats to flat out hoaxes. Unless you've been living under a wifi-free rock, your Twitter and Instagram are probably flooding with videos just like this.

But if you thought Ottawa was too boring for the clown epidemic - think again. So far, there have been over 4 reported sightings of creepy clowns all over the city, from Gatineau to Barrhaven. Police have looked into the sightings especially near schools - such as St. Peter Catholic High School in Orleans.

Ottawa clowns even have their own Instagram page, apparently. 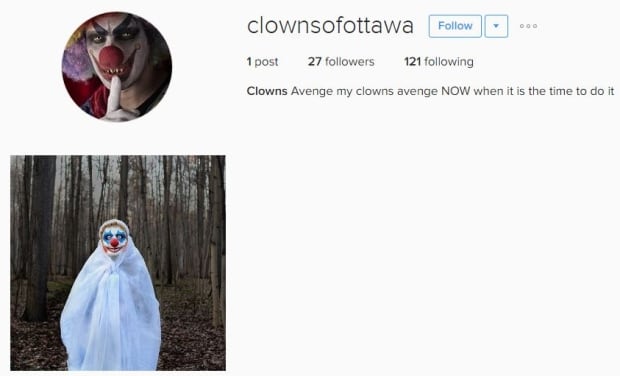 Why can't we just have normal Halloweens with sexy vampires?