The City Said Their Final Goodbyes To #DeadRaccoonTO

We hardly knew ya.

You may have heard about the deceased raccoon yesterday that received its own public memorial. According to numerous sources, a raccoon lay dead on the corner of Yonge and Davenport for the majority of the day. Not allowing the raccoon to die in vain, a group of bystanders placed candles, flowers, and, best of all, a framed photo of the raccoon itself. 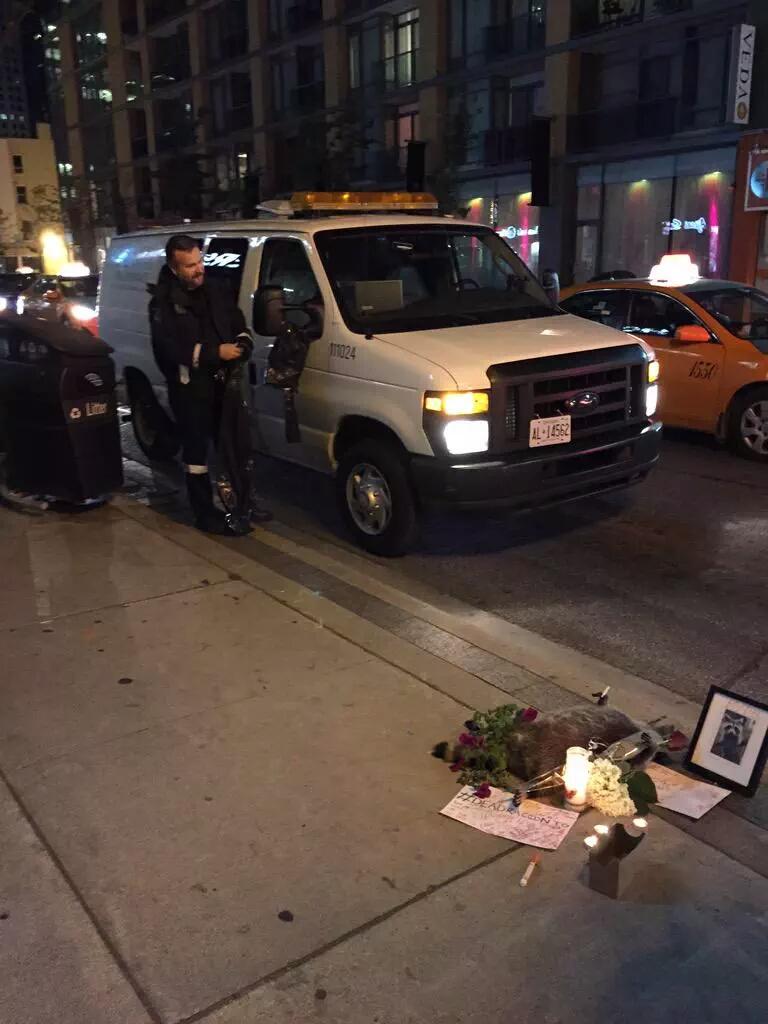 However, late last night the local animal control picked up the poor critter and took him to his much-deserved and private burial. In its final scene you can see the raccoon nicely lit by the candle next to he and his framed portrait.

Once the little guy was taken to his rightful place, the pseudo-memorial on the sidewalks of Yonge and Davenport looked surprisingly poignant and serene. Although the raccoon was known by the hashtag #DEADRACCOONTO yesterday, it seems like this image should be what he (she?) is remembered for. A random group of people came together to mourn a seemingly meaningless raccoon and, through social media, connected a good portion of the city. That is quite cool.

We imagine that the "little guy" lived his life like this: schemin' and grindin' to the fullest. Honestly though, there is something poetic about our quick celebration of life. Even though it is just a raccoon, I have to say that these images of legacy and remembrance are wholly unique and thought-provoking. Way to go Toronto.