Everything You Need To Know About Chris Pratt's New Fiance, Katherine Schwarzenegger 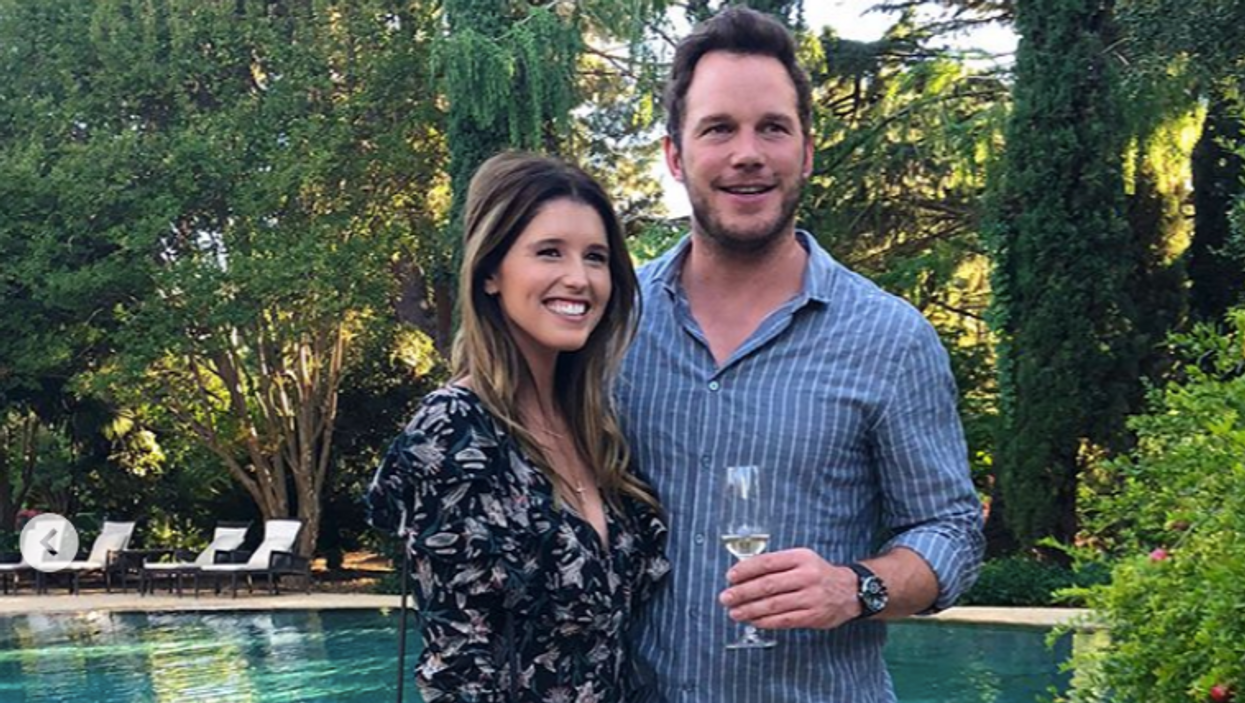 2019 is still the year of quick engagements! Chris Pratt, who isn't really one to be in the spotlight, has been super open about his relationship with Katherine Schwarzenegger. The two were set up by her mom (okay, adorable) back in June, and the rest is history. On Instagram yesterday, Chris Pratt announced that him and Katherine were engaged and we couldn't be more happy for them.

If you weren't aware, Chris Pratt was married to Anna Faris for almost 10 years before they split in 2018. And while some people think it's too quick to move on, Chris and Katherine seem super happy together which is really all that matters. But we don't know a ton about Katherine. Who is she? What does she do? Obviously, you can tell from her last name that she comes from a very iconic family. But we need to know more about her.

So besides being Chris Pratt's new fiance that we're all extremely jealous of, who is Katherine? Well, let's find out together! Let's state the obvious about who her dad is

Katherine comes from a big family, and I'm not just talking about how many siblings she has. Her dad is Arnold Schwarzenegger, who has a lot of titles under his belt from actor, to politician, to body builder, and so many more. Her mother is Maria Shriver if you couldn't tell, but you probably could because they're actually identical. I mean, goals. Katherine has a dog named Maverick, and she loved him so much that she decided to write a kids book called Maverick and Me. The book has an adorable cover which resembles her and her pup, and the story is about how a kind woman finds Maverick on the side of the road and decides to bring him to an adoption event where a young girl adopts him. So cute! But that's not the only book she's written!

She actually released her book Rock What You’ve Got: Secrets to Loving Your Inner and Outer Beauty from Someone Who’s Been There and Back while still being a college student back in 2011. And then after finishing college, she came out with a book called, I Just Graduated... Now What? Both books are great for people who feel lost in some part of their lives. Katherine may be a busy gal, but she updates her blog pretty frequently. Her blog, which is just called Katherine, ranges from posts about lifestyle, food, animals, style, and more. You can really see her personality in these blog posts as well!

READ MORE: Chris Pratt And Katherine Schwarzenegger Were Set Up By Her Mom And It's Kinda Adorable Her engagement ring from Chris Pratt is huge

I mean, what did we expect from one of the biggest actors today? The announcement happened on Chris's Instagram, and Katherine has yet to make a post about it. But I mean if we were engaged to Chris Pratt, we would be letting it alllll sink in. The two have been a couple since June 2018 and were set up by her famous mom, which is even more adorable. Her fiance has such a cute and original nickname for her

While we're not sure how it came to be, on his birthday post to Katherine, Chris wrote, "Happy Birthday Chief! Your smile lights up the room. I’ve cherished our time together. Thrilled God put you in my life. Thankful for the laughs, kisses, talks, hikes, love and care.♥️🍾🎉🎂". Chief... it's not baby, or babe, or sweetie, but it's definitely adorable!