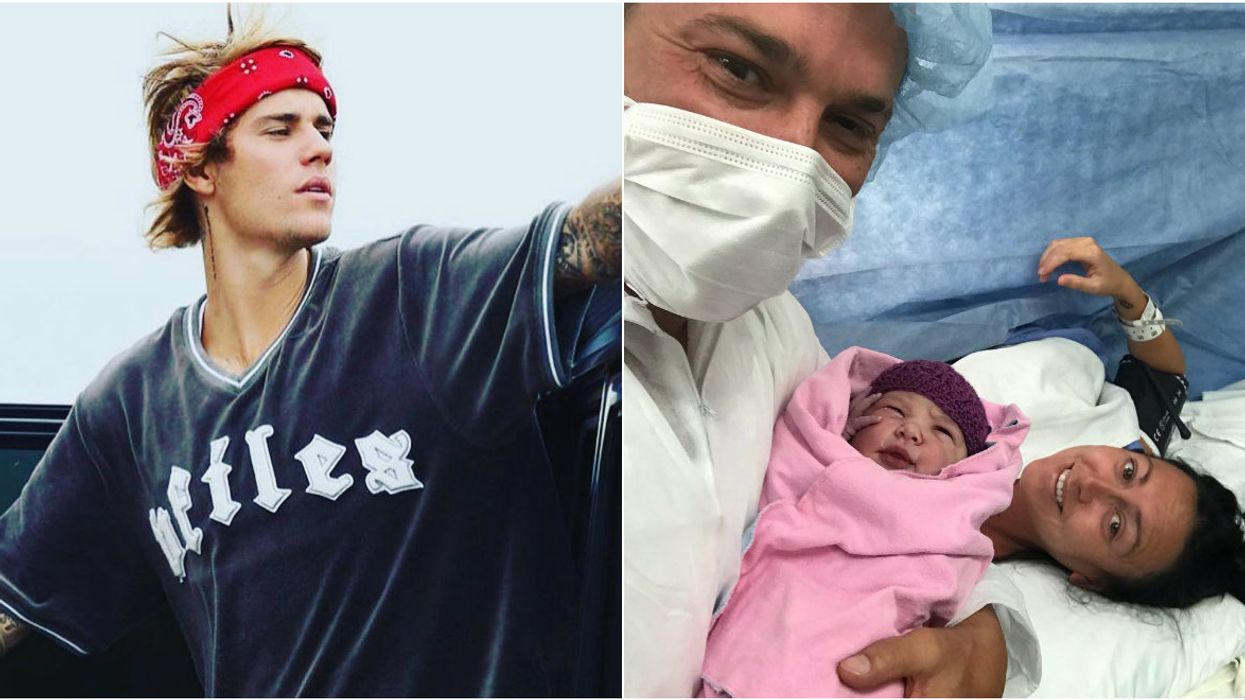 If you love the Biebs and you keep up with his life on a regular basis you might already know that he had a sibling on the way. However, you might not know that only hours ago the newest member of the family made their debut!

That's right, the newest pint-sized member of the already large Bieber clan was born today in Canada and she is already a little internet celebrity. And only being 3 hours old we're sure this little girl boss is going to do big things. So here's everything you need to know (so far) about baby Bay Bieber.

1. Justin's newest sibling is Bay Bieber and she is the fourth Bieber child in the family and the fifth sibling total. Her siblings being Justin, Jazmyn, Jaxon (from Jeremy) and big sister Allie (from mom Chelsey). 2. Her parents are Justin's dad Jeremy Bieber and his new wife Chelsey Bieber 4. Jeremy tweeted out he was going to have a baby August 16th at 2:35 AM so we can assume that Chelsey was in labour for around 6 hours. 5. Justin was at the hospital for her birth and uploaded this cute photo holding her and introducing her to the world. The photo has been up for 30 minutes and already has 1.4 million likes.

6. She was born in Justin's hometown Stratford, Ontario.

7. Jeremy announced the news that he and his wife were expecting just days after they got married and while on their honeymoon. She was around 3 months along at that time.