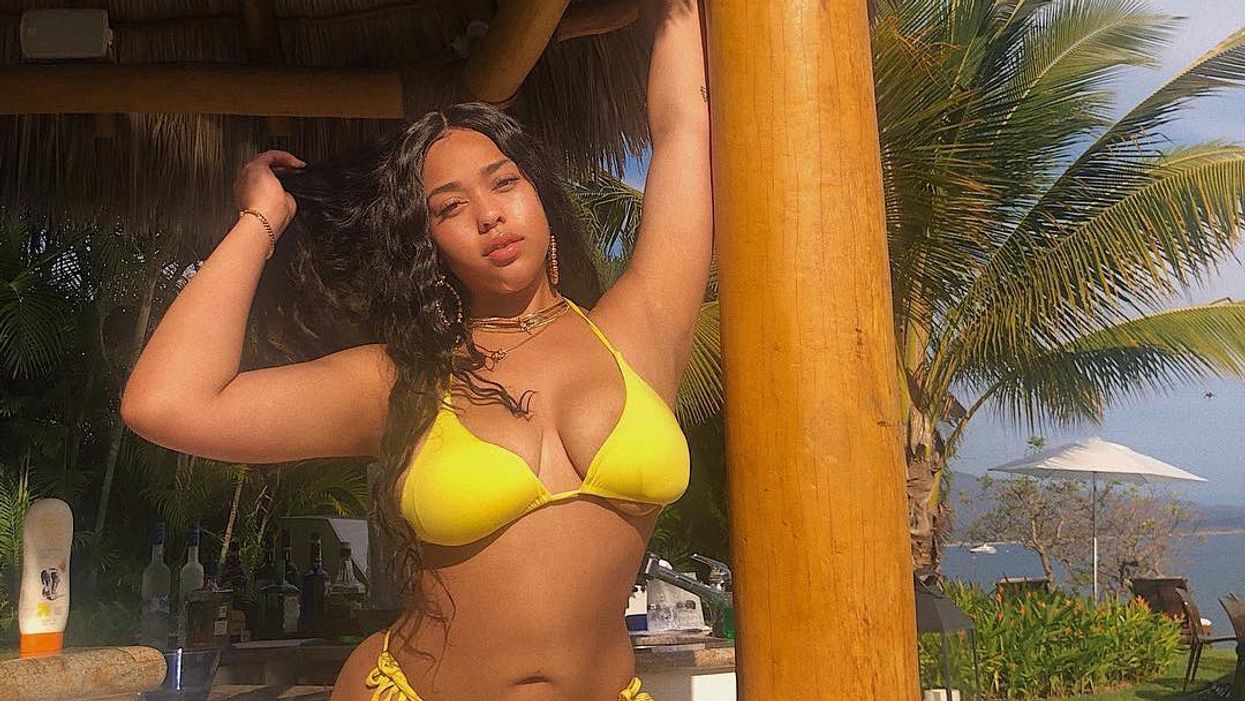 Who is Jordyn Woods? You probably already know from all of Kylie's Instas and Snapchats, that Jordyn Woods is a glowing embodiment of the modern day model, fashion trendsetter and the closest confidante to mega-star Kylie Jenner.

But apart from that, what do we really know about her? Aside from her amazing curves and hilarious personality, we know that she is one of the most in-demand "plus-size" models in the industry - and that has nothing to do with her being best friends with the Kylie, the lip kit queen. Jordyn Woods has a lot more going on than her association with her famous best friend. The very mature 20-year-old has become a fashion icon, Instagram legend, and an advocate for body positivity.

Here are some quick facts that you might not know about Jordyn Woods.

1. Jordyn was born and bred in Los Angeles, California. 2. She used her modelling skills to promote Yeezy Season 6! 6. At age 13, she moved to Calabasas where she became friends with Kylie.

7. She prides herself on "accidentally becoming a spokesperson for body positivity."

9. She watches nerdy Netflix documentaries like "What The Health". 10. She helped keep Kylie's big secret (her pregnancy) for months! 11.  She supported the #TimesUp movement by wearing all black to the Golden Globes.

12. She has 9 delicate tattoos all over her body. 14. She released a collection with Addition Elle. 16. She helps Kylie by modelling her makeup and clothes.

Watch: Kylie Jenner & Jordyn Woods Pulled Over By Cops After Night Of Partying