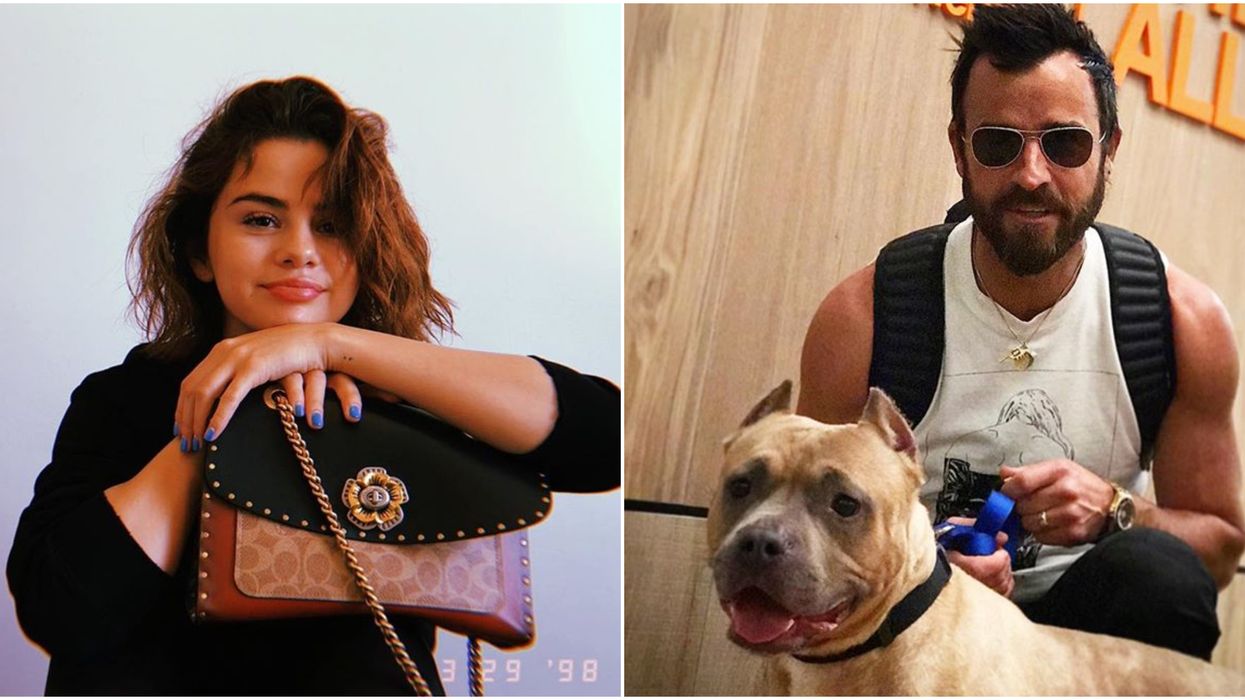 If keeping up with celebrity gossip is your thing, then you just may have heard the rumours about Selena Gomez and actor Justin Theroux's new romance.

While we're super happy that Selena is finally done with long-time on-again off-again lover Justin Bieber, there definitely are some reasons to raise eyebrows about this new romance!

In case you were curious, we've gathered up a list of everything you need to know about Justin Theroux, so you can assess whether or not you think he and Gomez will make a great couple: This means that not only is he 46 years old, but he's also 21 years older than Gomez, who's 25. They say age is just a number, but he's literally old enough to be her dad, which could cause some drama. 2. He and Jennifer Aniston recently got divorced.

The couple got engaged in 2012, and had hoped to start a family together. They later came to face problems though, when they couldn't agree where to live. Theroux prefers the East Coast, whereas Aniston wasn't ready to give up life in L.A. 3. He is an actor, film producer, comedian, and screenwriter.

Theroux has been involved in many popular works, including 'American Psycho', 'Zoolander', 'Iron Man 2', 'Sex and the City', and 'Star Wars: The Last Jedi'. Talk about a diverse resume! It's no secret that Theroux is a stylish guy, and he definitely gets credit for it! His usual choice of ensemble is all black everything, but he knows how to keep it fresh! Theroux is a big supporter of the Texas animal shelter, Austin Pets Alive. You'll find pictures of him snuggling with super cute pups on his Instagram, and they're sure to melt your heart!

6. He's got a seriously insane back tattoo.

Most actors get a few small tattoos here and there, but Theroux went all in with this massive back piece, dedicated to his late dogs. How sweet! 7. He is friends with Gomez's pal Petra Collins.

The two recently posted a super cool photo of them rocking T-Shirts for Petra's Adam Selman takeover! There were rumours that the two were dating back in March, but nothing was ever confirmed. He posted the photo above on IG, so you'd think he knows how to fly a plane... Until you read the caption! Theroux wrote, "The only time I feel free... I mean TRULY free, is when I get into the cockpit of a plane, buckle myself in, take a picture of it... and then spend hours photoshopping clouds into the windows to make it look like I'm actually flying a plane like smart people do".