Protests are happening from Halifax to Vancouver. 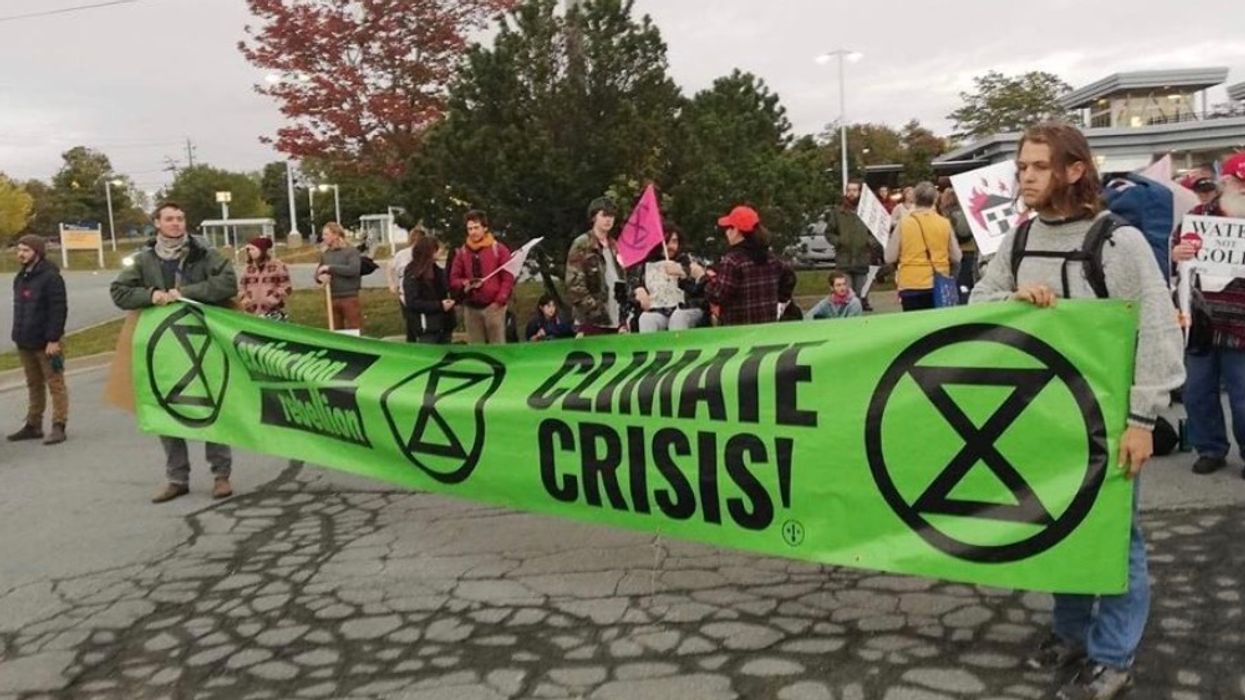 Extinction Rebellion Canada is known for its mass protests and commitment to averting catastrophic climate change. On October 7, the protest group exerted its efforts across Canada by having members in a number of cities block bridges to raise awareness about their cause.

The first protest in Canada took place in Halifax, where protesters gathered to block traffic on the Macdonald Bridge. More than 150 protesters had gathered on the bridge by 9 a.m. Atlantic time, according to CBC News. Traffic was rerouted to the Mackay Bridge, and bike lanes and pedestrian walkways across Macdonald Bridge were also closed off.

"They certainly should not be having to deal with this situation. None of us should be — this should have been solved a long, long time ago," Patrick Yancey of Extinction Rebellion told CBC. "We encourage them to vent their frustrations to their MLAs, their MPs, their premier and prime minister as well. Hopefully, we'll not have to do this sort of thing again."

Halifax was only one of several Canadian cities where protests were planned to take place. In Toronto, Extinction Rebellion protesters blocked the Bloor Street Viaduct by lying down in the middle of the street. A protest was also taking place in Kitchener on the Bridgeport Bridge.

I’m at the Walterdale Bridge in Edmonton where members of Extinction Rebellion have blockaded the bridge to demand… https://t.co/OWH2cWqV0R
— Hamdi Issawi (@Hamdi Issawi)1570453287.0

"We're peacefully blocking Walterdale Bridge, in solidarity with rebels across the country and the world, because our governments aren't acting fast enough to stop climate and ecological breakdown," Extinction Rebellion Edmonton wrote on Facebook. "The bridge is out. We must change course."

Traffic is backed up extensively on the Walterdale Bridge as a handful of protesters demand climate change action.… https://t.co/gFdygdBYA3
— Nahreman Issa (@Nahreman Issa)1570454879.0

Police have been present at all of the protests across Canada. The Victoria police wrote on Twitter, "We are aware of the planned demonstration tomorrow on the Johnson Street Bridge. With any public demonstration and protest, our focus will be on ensuring public safety. Expect traffic delays in the area. Follow us on Twitter for updates."